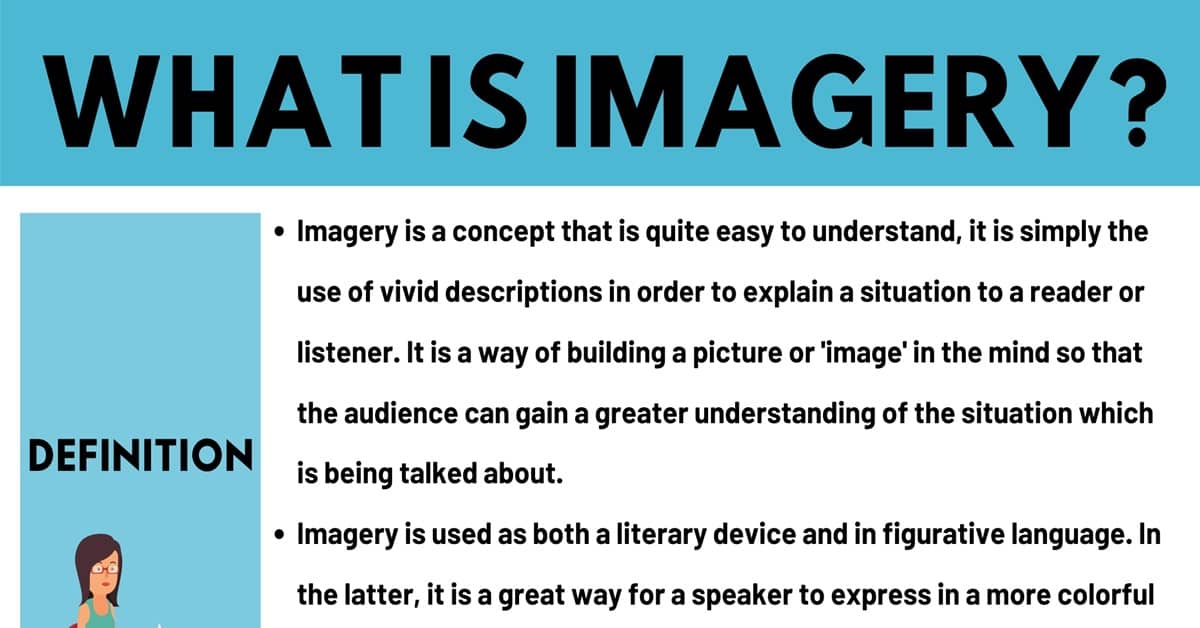 A common thing that you will hear when thinking about the English language is the use of imagery. But what does this term mean? In this article, we are going to look more closely at what imagery is and why it is used. We are then going to look at some examples of imagery being used within two contexts, spoken and written and this will give us a greater understanding of how it works.

Imagery is a concept that is quite easy to understand, it is simply the use of vivid descriptions in order to explain a situation to a reader or listener. It is a way of building a picture or ‘image’ in the mind so that the audience can gain a greater understanding of the situation which is being talked about. Imagery is used as both a literary device and in figurative language. In the latter, it is a great way for a speaker to express in a more colorful way, how something might look, smell, feel or taste. When used as a literary device, imagery gives the author the chance to be more creative in their descriptions within the text.

Examples of Imagery In Spoken Language

As we previously mentioned, imagery is used in spoken language to put across a detailed description to the listener. It is something that can use figurative language in order to appeal to the human senses, therefore giving a greater understanding of what is being said. There are many ways in which you might use imagery during a conversation so let’s take a look at some of the things you might say or hear.

Examples of Imagery In Literature

Most writers will use imagery, especially within works of fiction as this is a great way to describe how something looks or the traits of a character within the story. Some writers centre most of their work around the use of imagery in order to create a very detailed and descriptive piece of writing. There have been many examples of imagery being used over the years in various written works, let’s take a look at some of these now.

Imagery is something which can be used in either day to day conversation or in a written piece of work as a literary device. It is simply a way to describe a situation or person in a more vivid way and can truly add depth to a piece of writing.

By using imagery, it makes it easier for the reader or listener to grasp the situation by using their senses as directed by the imagery. 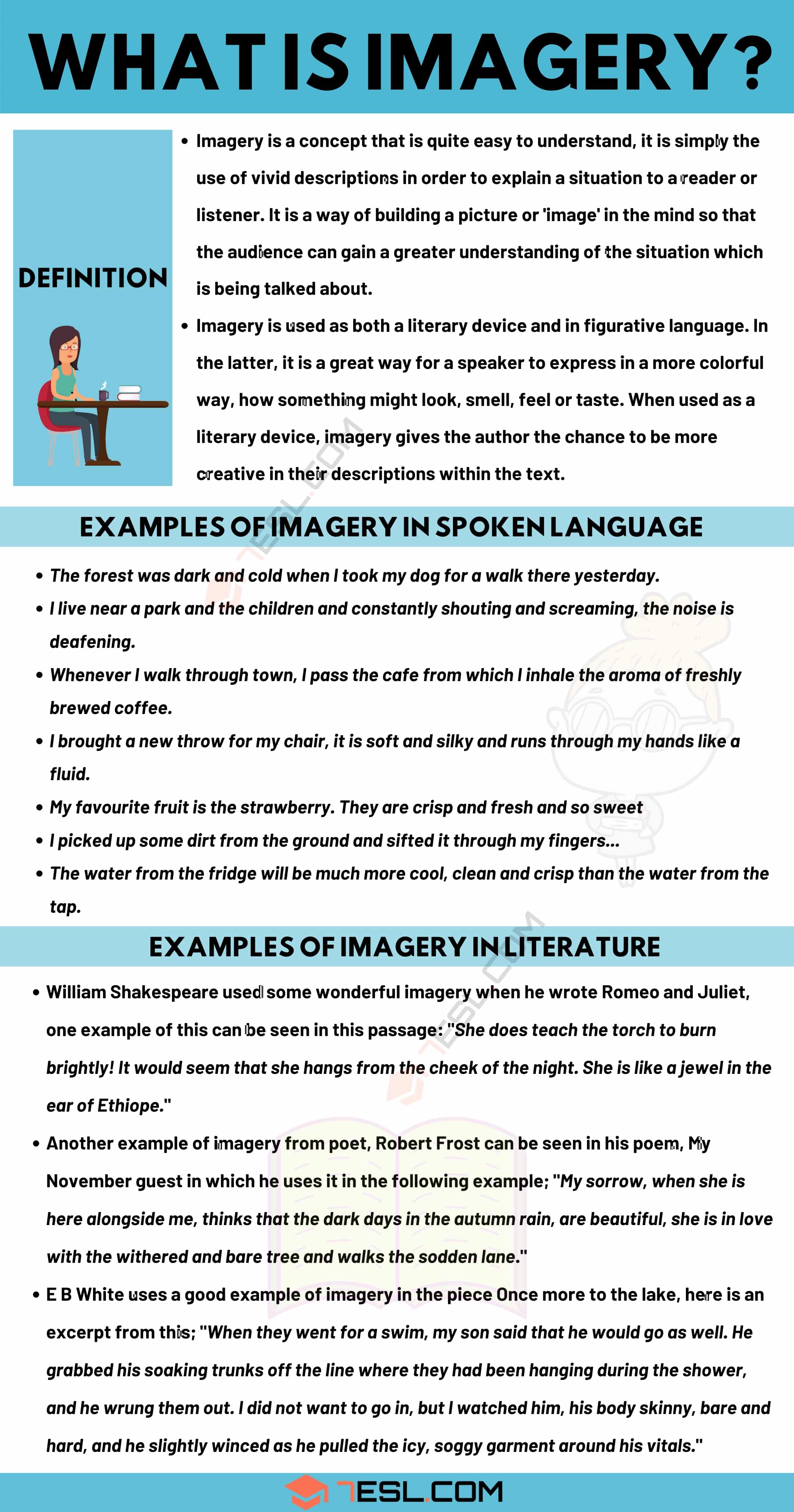