What is an Imperative Sentence?

Imperative definition: Imperative sentences are used when we want to tell someone to do something (telling people to do or not to do things).

We can use the imperatives to tell people to do or not to do things. They usually don’t have a subject – they are addressed to the listener or listeners, whom the speaker understands to be the subject.

In the imperative, we use the base form of the verb. Imperative clause usually ends with a period (.), but it may also end with an exclamation point (!). 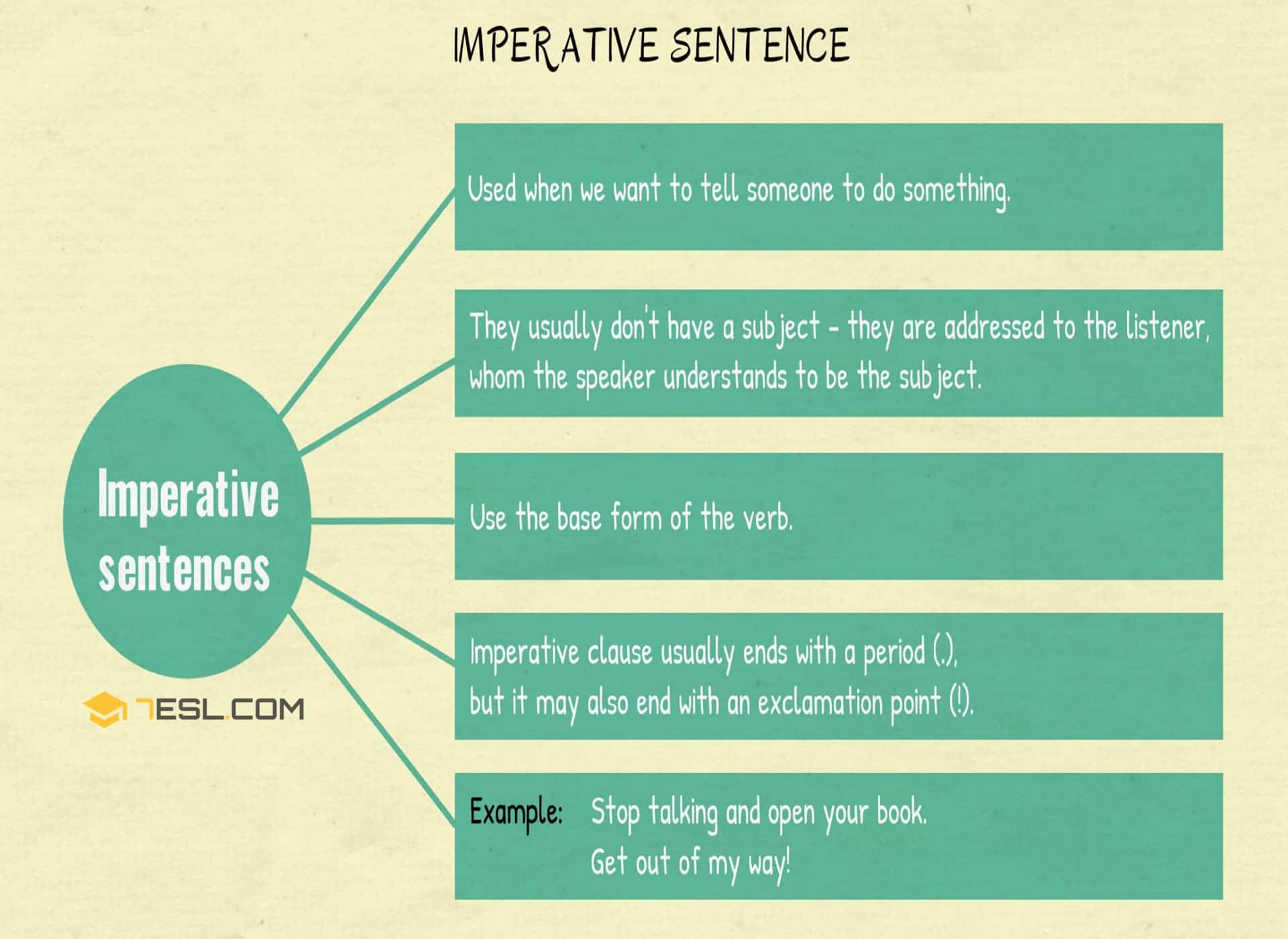 Types of Imperative Sentences with Examples

Come to my party.

Go straight ahead and turn left.

Don’t eat too much. 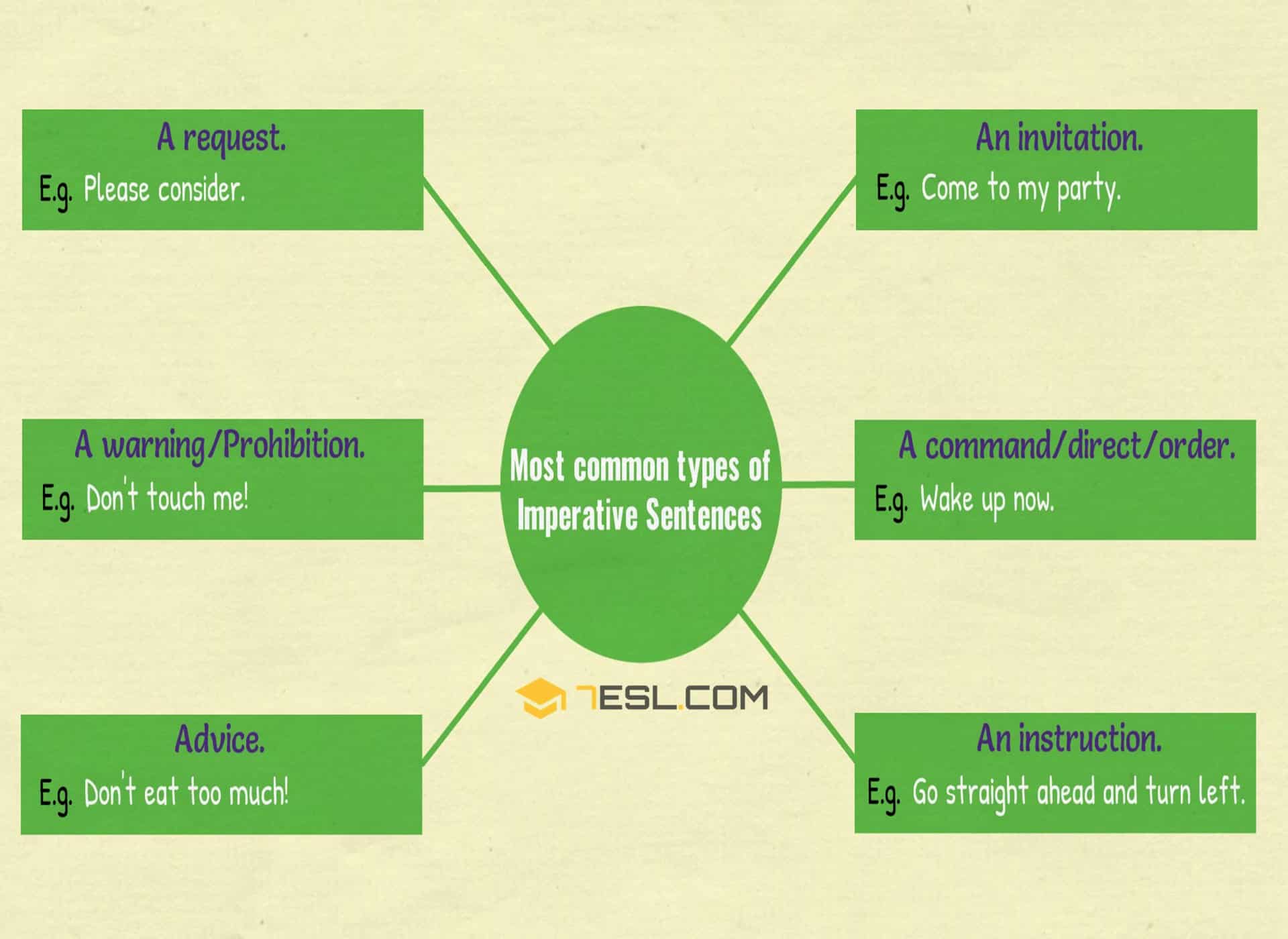 Positive imperatives use affirmative verbs in addressing the subject.

Negative imperatives do the opposite to the positives.

We can use “do” or “just” to the beginning of the sentence, or the word “please” to the conclusion – called softening the imperative – makes ​imperative sentences more polite or conversational. 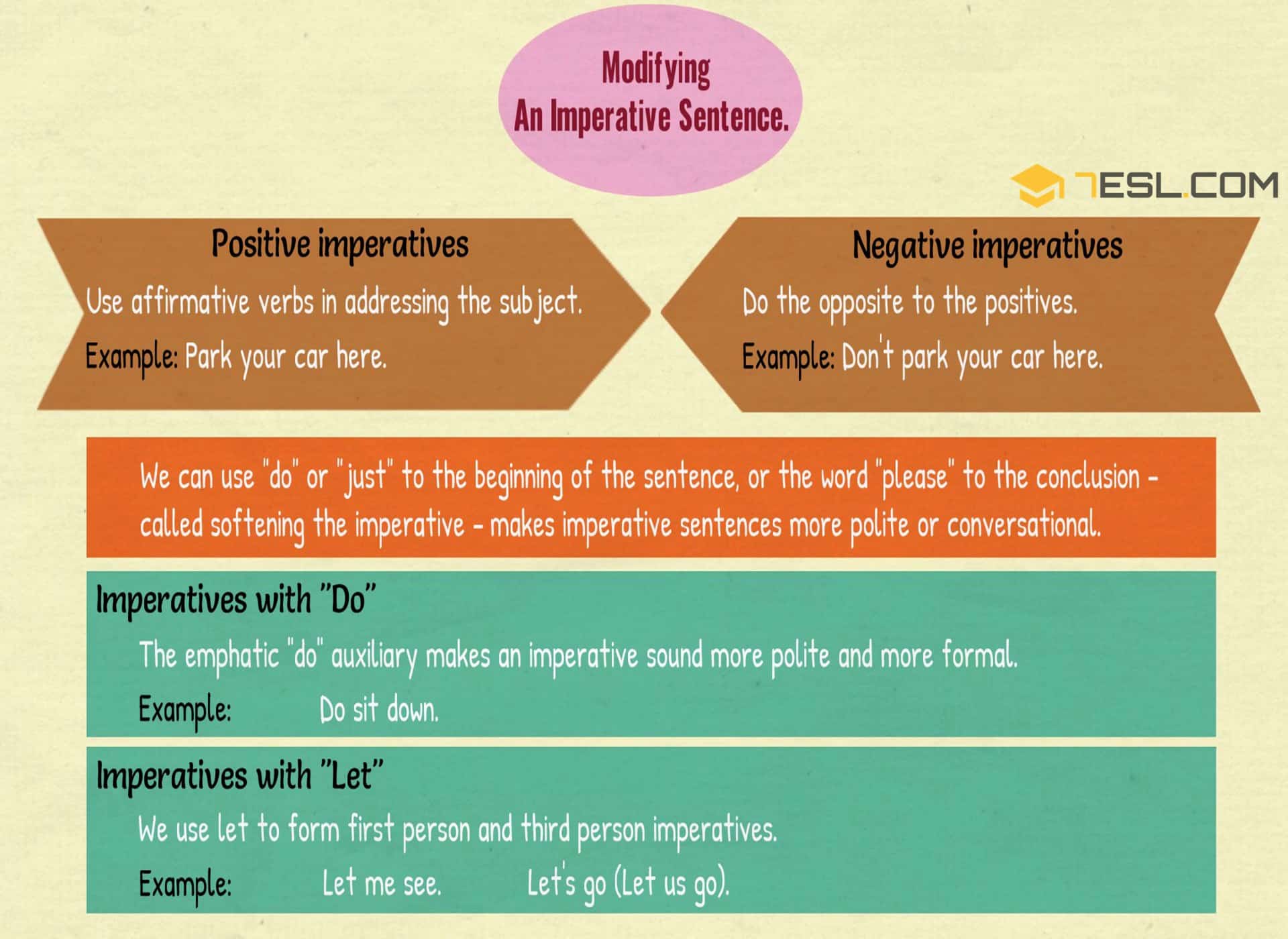 Tank you so much now I know how to make sentences