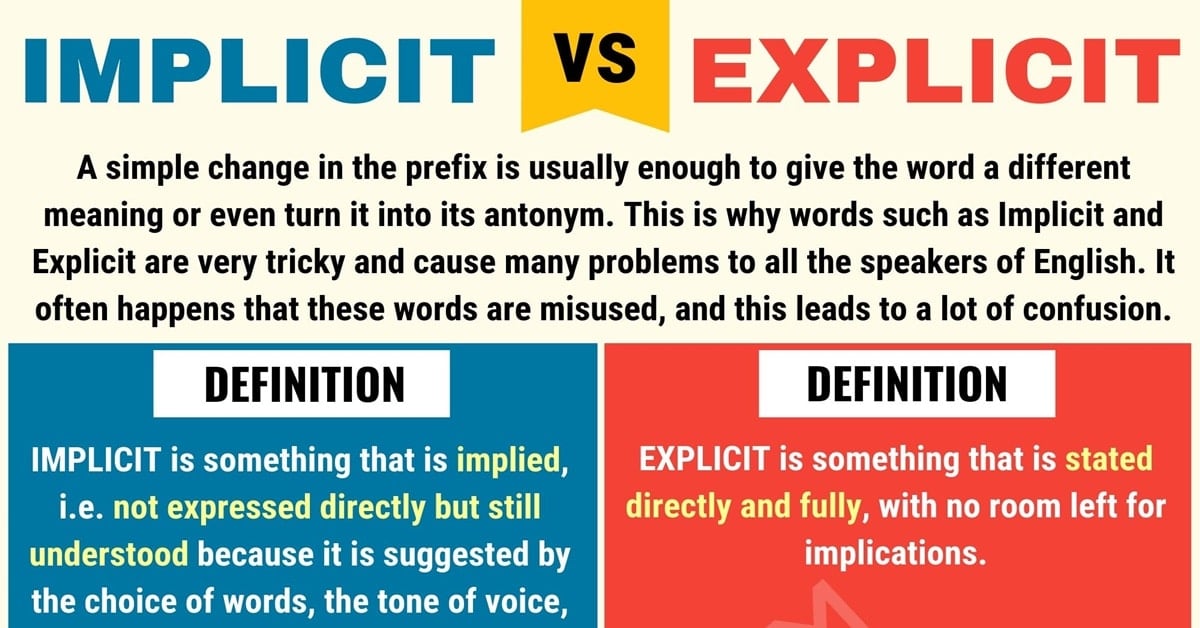 Implicit vs. explicit! A simple change in the prefix is usually enough to give the word a different meaning or even turn it into its antonym. This is why words such as implicit and explicit are very tricky and cause many problems to all the speakers of English. It often happens that these words are misused, and this leads to a lot of confusion. However, after you read this, you’ll feel a lot more confident when it comes to deciding which is the correct word, implicit or explicit.

When to Use Implicit vs. Explicit

Let’s look at a few examples to make everything more clear. Imagine that Michael is going to the cinema with his friends. Before he leaves home, his mother might tell him that dinner will be served at eight, meaning that she wants him to be home by then. She doesn’t say. “I want you to be home by eight” directly but she implies this information. Therefore, what she’s saying can be described as implicit.

In contrast, if she were to tell Michael, “Be home by eight”, this would be explicit. In this case, she’d say exactly what she’d want her son to understand.

In a different example, let’s say that there is a new law that raises certain tax rates while leaving the same as they were. This law probably states directly which tax rates are affected and to which extent, so it is being explicit.

Finally, you can find many examples of implicit statements in fiction. Writers rarely simply write that, for instance, one character loves the other. Instead, they might say that the first character immediately starts smiling whenever the second one enters the room. Even though love isn’t mentioned directly, the readers can easily understand that this is exactly what the writer wants to tell them.

How Do You Spot Explicit vs. Implicit?

Now that you know the definitions of implicit vs. explicit, how do you remember the difference? There’s a trick that might help you. Implicit information is given indirectly, and these two words both start with an i. When it comes to something explicit, you can also say that this is spelled out. Both explicit and spelled out have the letter e in them. If you remember this, you’ll never get confused with these words again.

How to Use Explicit vs. Implicit Correctly? | Image 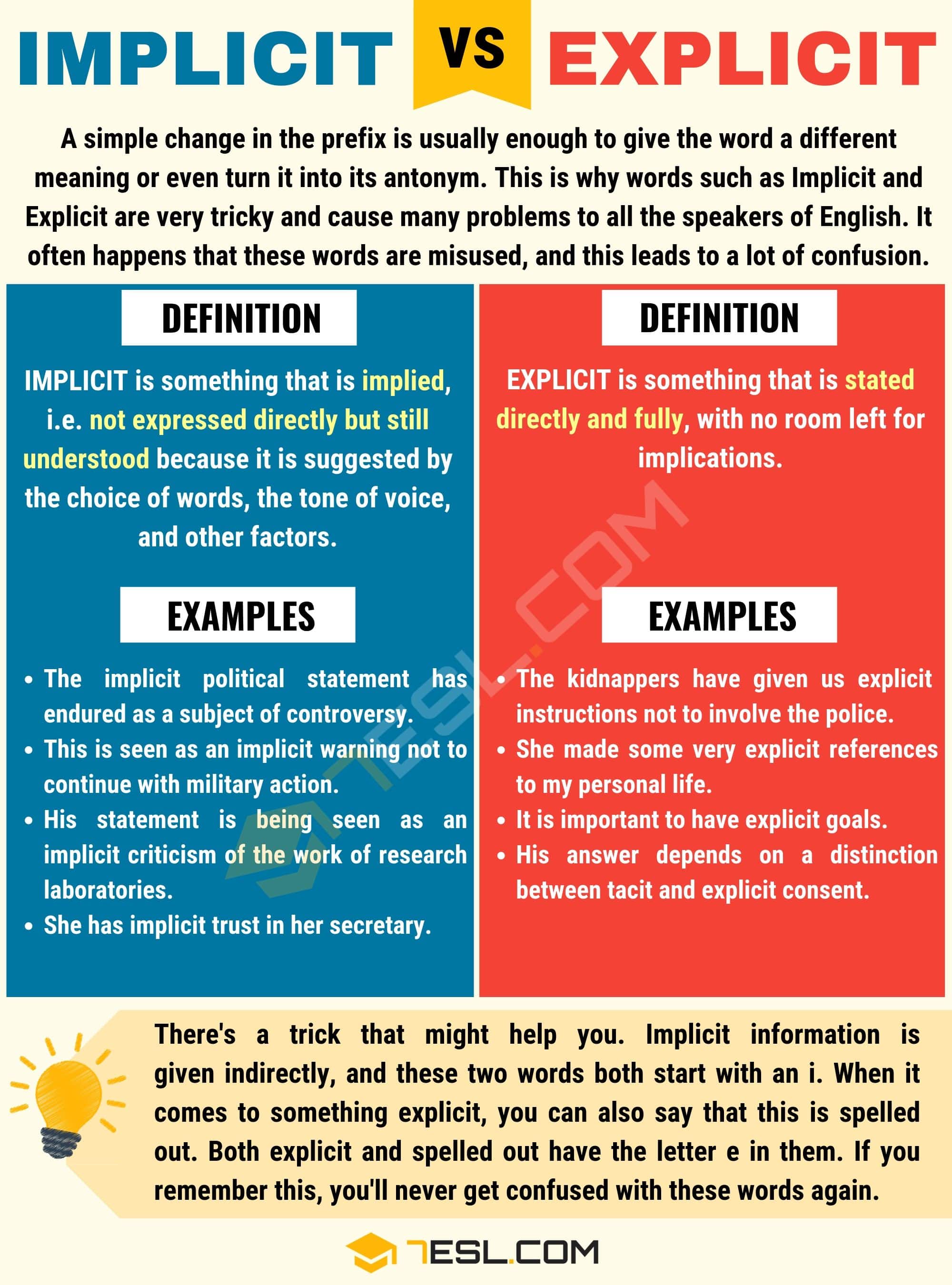 Explicit vs. Implicit: Difference between Implicit vs. Explicit