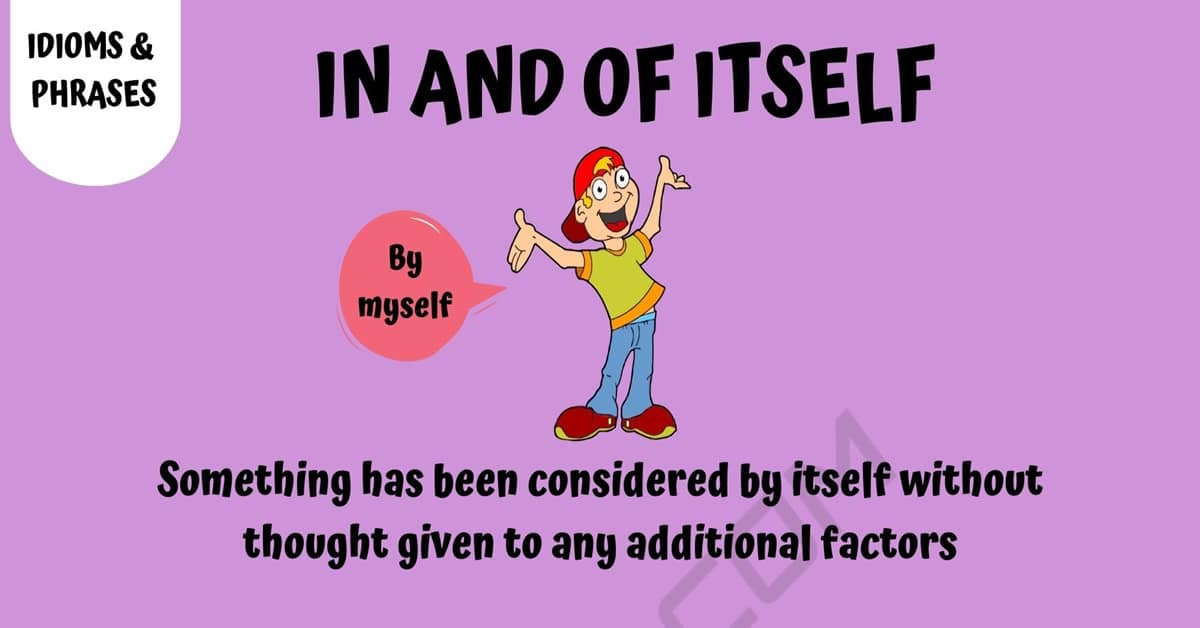 What does the idiom “In And Of Itself” mean? The idiom “in and of itself” is not as widely used today as some others are. However, you may still here it sometimes in conversation or see it written. Here you will find the meaning of the phrase, the origin of the phrase, some examples of how to use this phrase properly in conversations/statements and other ways you can say the same thing in a literal sense.

In And Of Itself

In And Of Itself Meaning

The phrase “in and of itself” is typically used to describe a situation, object or person and means something has been considered by itself without thought given to any additional factors.

The actual origin of this idiom is not quite certain. The best guess is that originated hundreds of years ago from the Latin phrase per se. This phrase in Latin means in itself or by itself when directly translated to English. As Latin reduced in popularity as the language of choice and people stopped learning it, this phrase was used to likely replace the phrase per se amidst the upper class.

“In And Of Itself” Examples

A statement made in a local paper about a recent accident.

A statement made during a business meeting.

A conversation between husband and wife.

Other Ways to Say “In And Of Itself”

The phrase in and of itself can be stated in a much simpler sense. You could use the Latin expression per se to mean the same thing and it is still widely used today. Other additional ways you could say this phrase are by saying: inherently, in its own right, in its own capacity or of its own accord.

In And Of Itself Meaning | Image 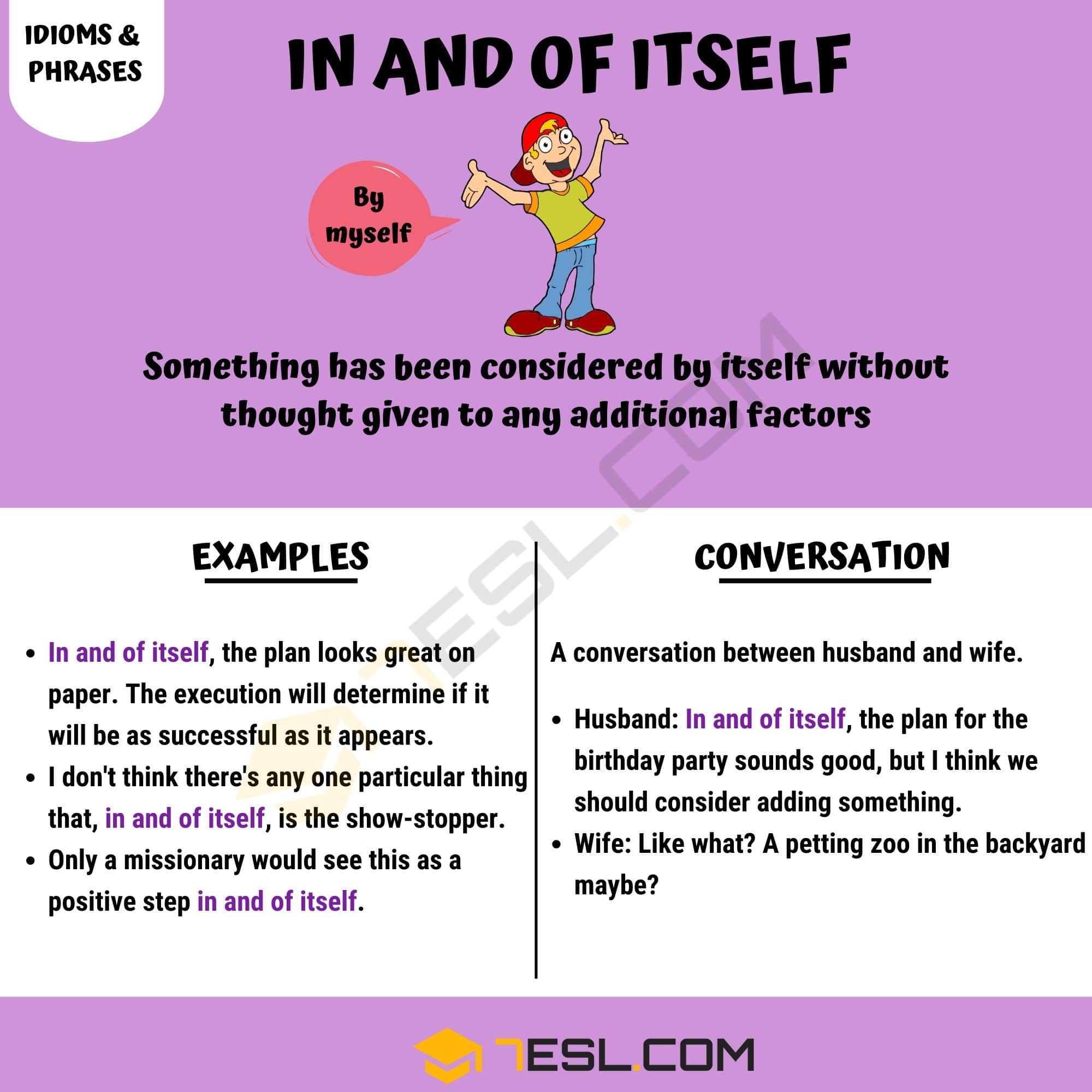