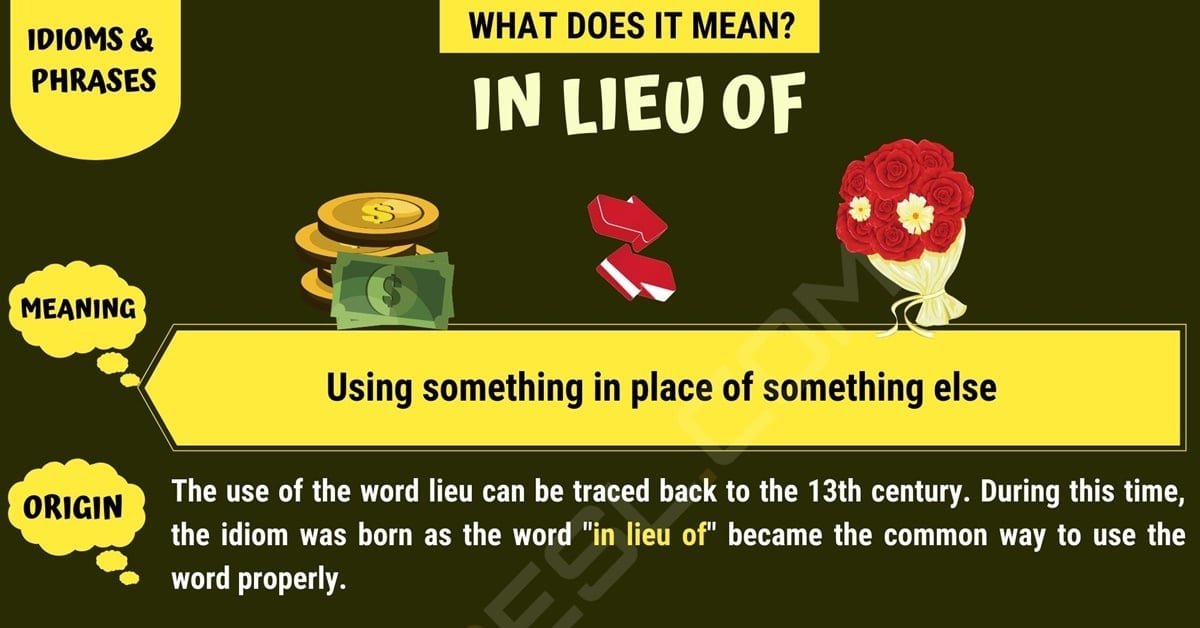 Looking for the meaning of the idiomatic expression “In Lieu Of”? Idioms are phrases that use figurative language as a way to convey thoughts and feelings during conversation. They are considered to be a part of informal speech. “In lieu of” is a common idiom used today. Here you will find the meaning of this phrase, the story of its origin, examples of how it is properly used in everyday conversations/statements and other ways the phrase can be said in a literal sense.

In Lieu Of Meaning

The word lieu comes from French and means place or position. Therefore, the idiom “in lieu of” means using something in place of something else.

The use of the word lieu can be traced back to the 13th century. During this time, the idiom was born as the word “in lieu of” became the common way to use the word properly.

“In Lieu Of” Examples

An obituary statement online from the funeral home.

A statement made in the local paper regarding donations.

A conversation between a customer and a waiter.

Other Ways to Say “In Lieu Of”

Idioms always have a literal way that they can be stated in conversation. For instance, you could use instead of, rather than or in the place of to say the same thing.

“In Lieu Of” synonyms:

In Lieu Of Meaning | Image 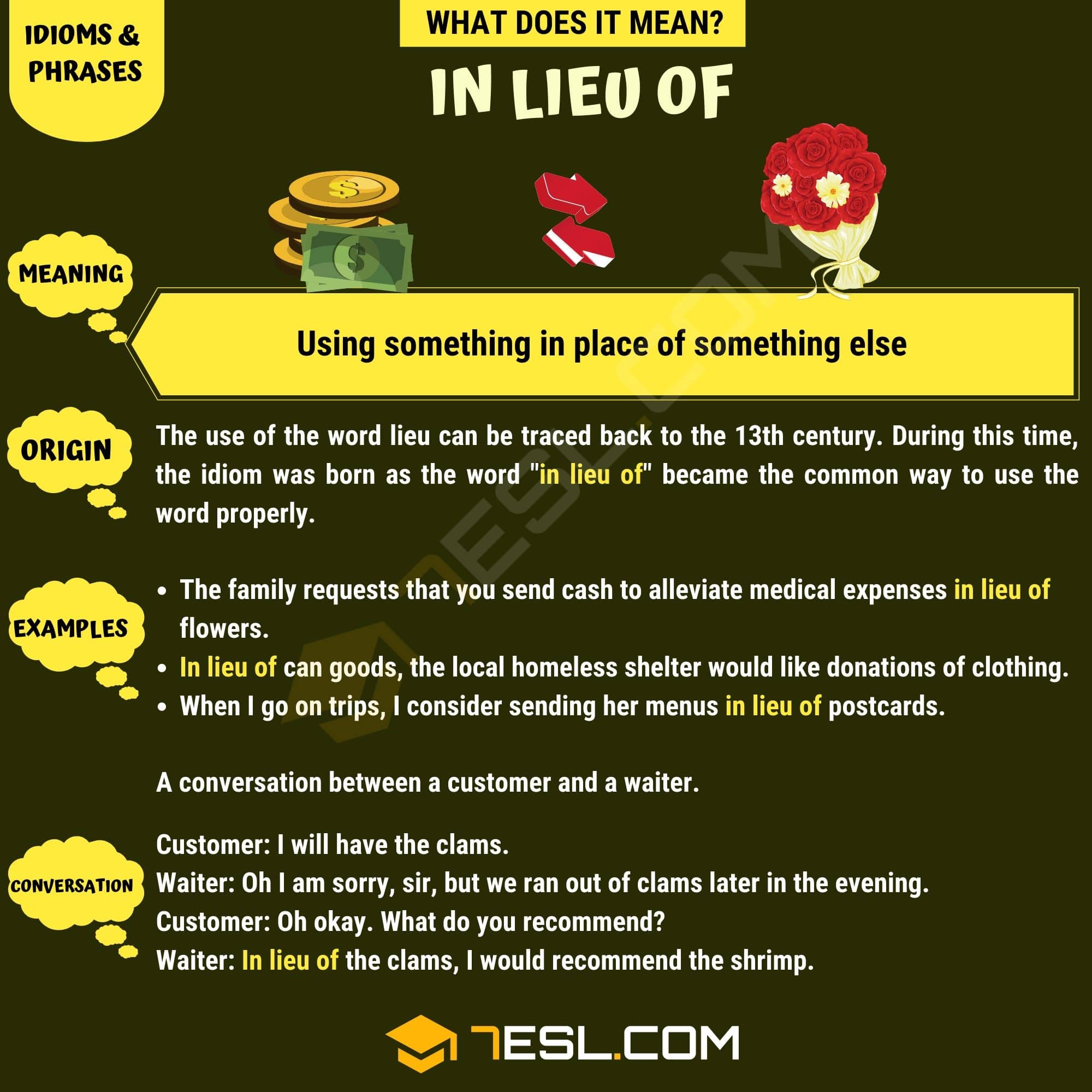