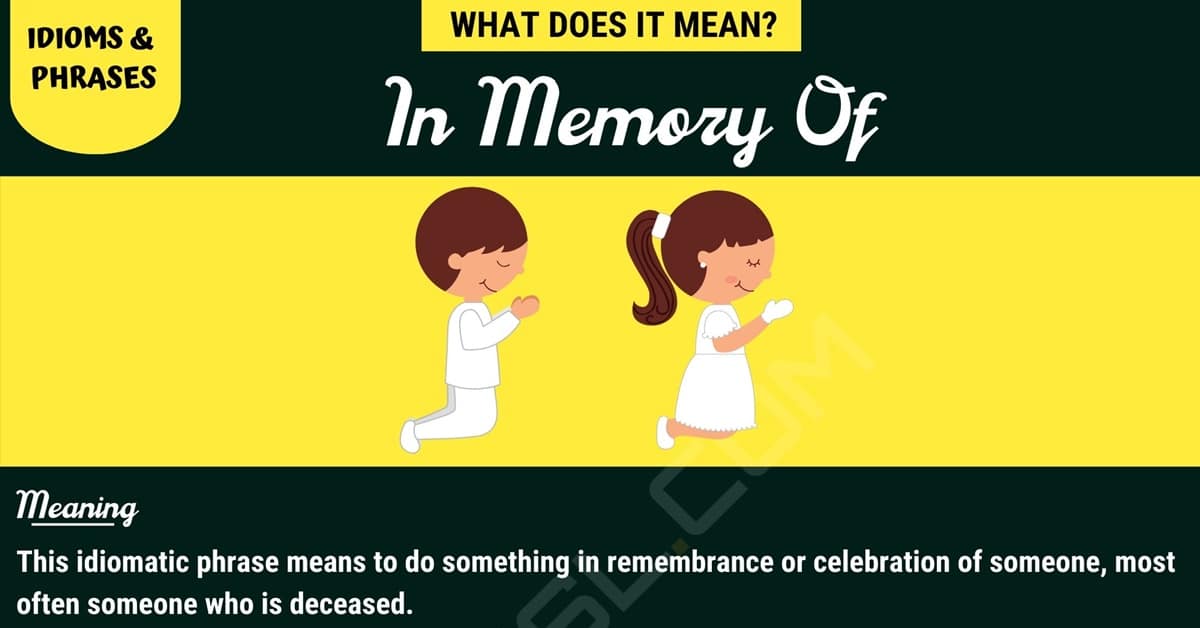 What is the meaning of “In Memory Of”? Although it is a sad and dismal thing to think about, you have probably seen or heard this phrase if you have ever been to a funeral for someone that has passed away. If you did not know what this phrase meant at the time and were looking to learn what it meant, then you have arrived at the right place.

Here you will not only find the meaning of this helpful English idiom, but you will also find some information on its origin. Furthermore, you will discover some example sentences and conversations highlighting the usage of this phrase in its proper context to help you better understand what it means. Finally, you will see some synonymous phrases that you can use interchangeably for this phrase during a conversation to bear the same meaning.

In Memory Of Meaning

This idiomatic phrase means to do something in remembrance or celebration of someone, most often someone who is deceased.

There is little information available regarding the origin of this idiom other than it was first recorded in the first half of the 1300s.

“In Memory Of” Examples

Synonyms for “In Memory Of” 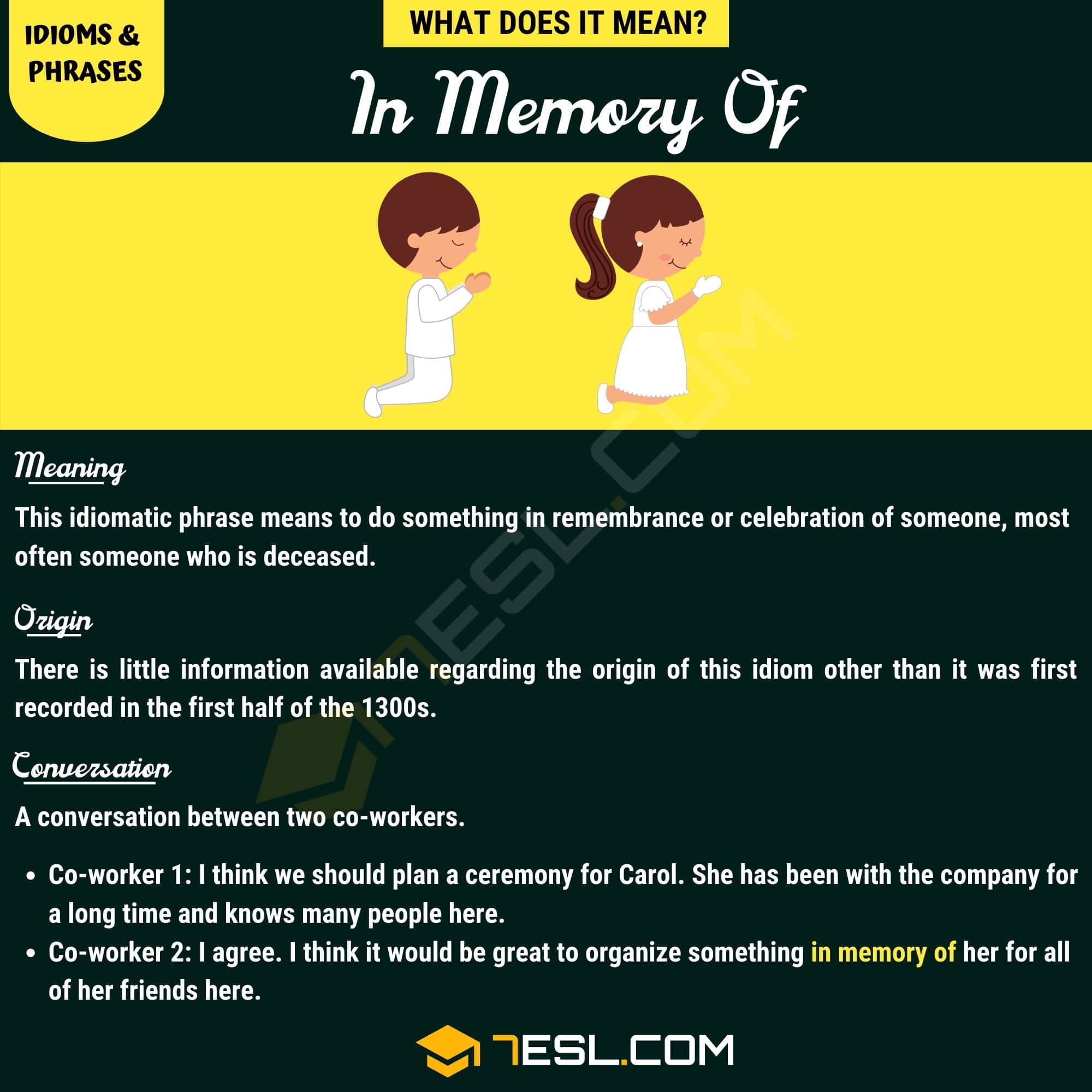