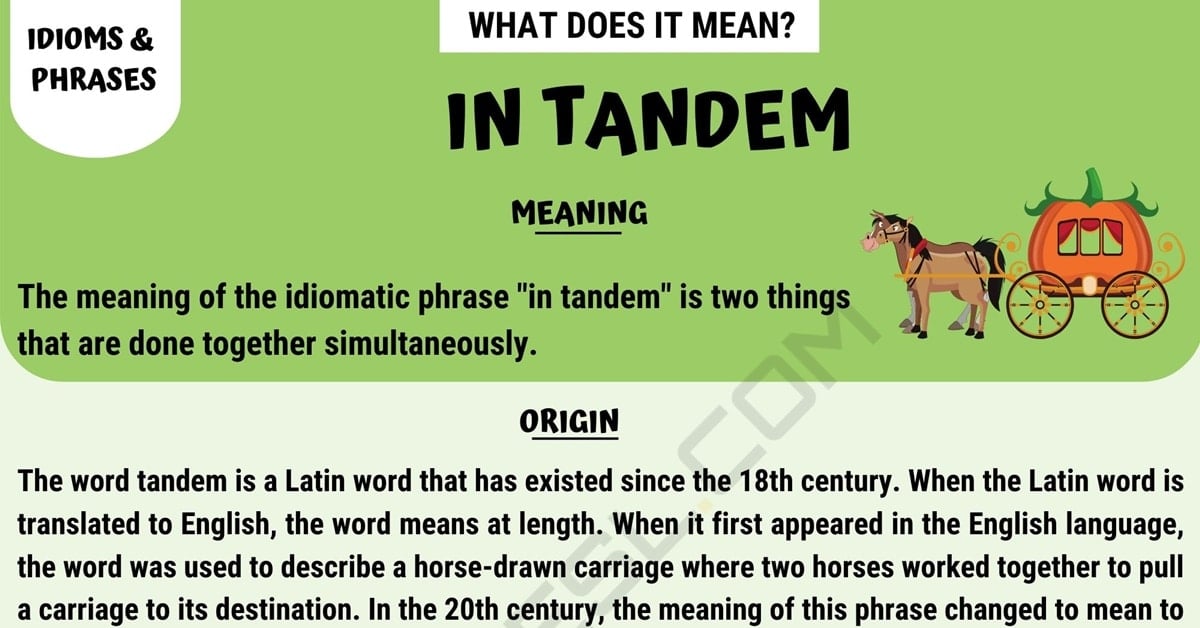 The meaning of the idiomatic phrase “in tandem” is two things that are done together simultaneously.

The word tandem is a Latin word that has existed since the 18th century. When the Latin word is translated to English, the word means at length. When it first appeared in the English language, the word was used to describe a horse-drawn carriage where two horses worked together to pull a carriage to its destination. In the 20th century, the meaning of this phrase changed to mean to work as a team.

A statement in the local newspaper.

A statement made by a quarterback during an interview.

A boss speaking to one of his employees.

Two friends speaking to one another about a wedding.

Other Ways to Say “In Tandem”

There are many other ways you could say this idiomatic phrase in a more literal sense. Things you could say instead to convey the same thought include: I need to two do these two things at the same time, we need to make sure both are functioning simultaneously or he/she needs to be sure that things are working as a pair to be successful. 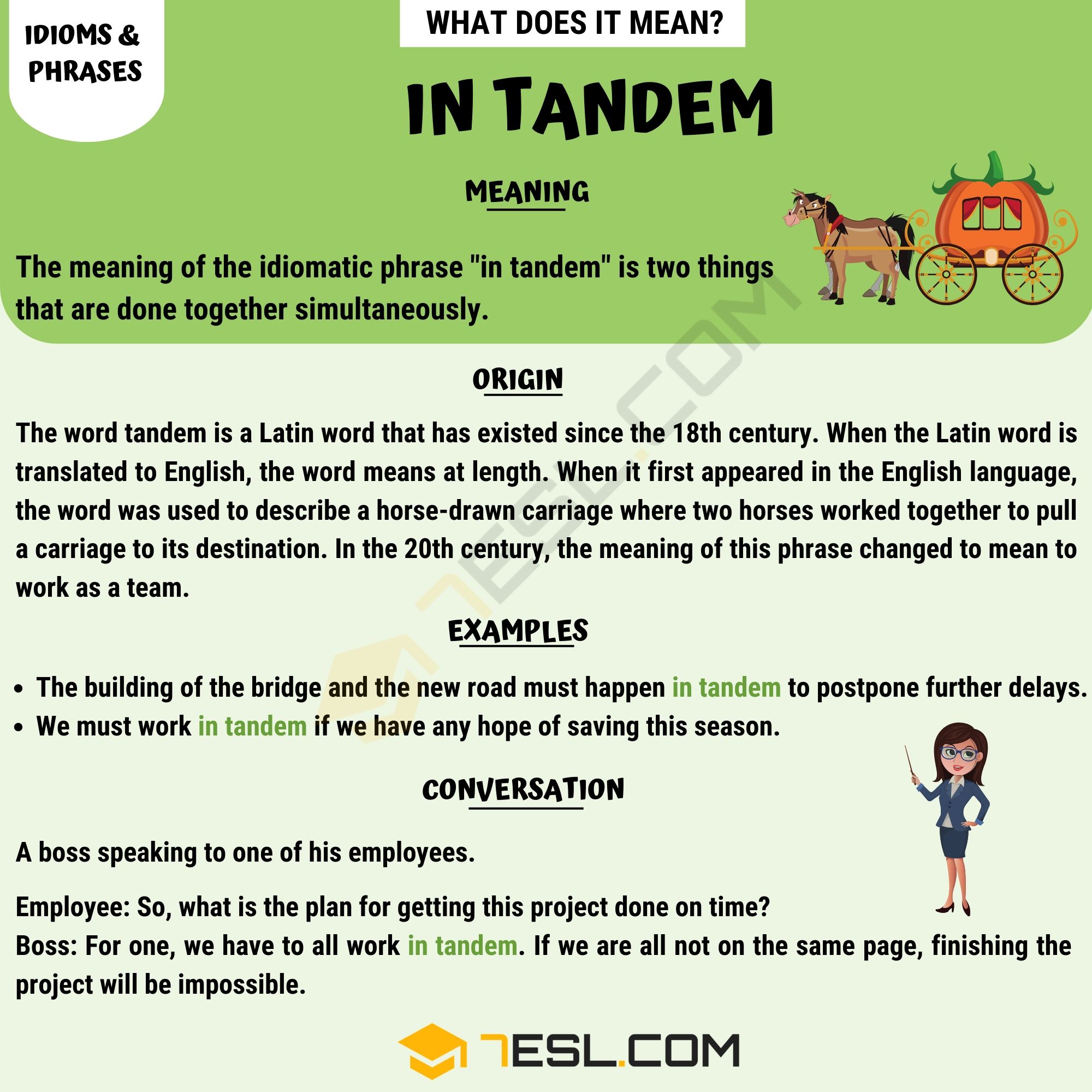