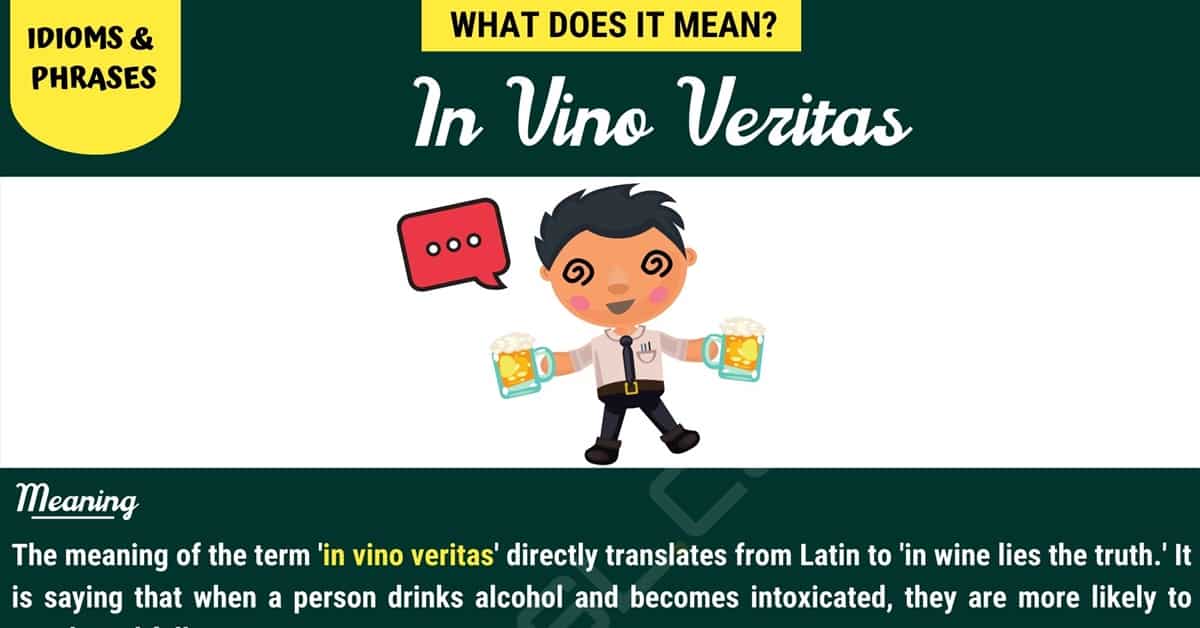 You may have heard someone utter the words ‘in vino veritas’ and wondered what they were talking about. We are going to look at the meaning of this phrase and how it can be used in a conversation. We will also look into the history of the saying and where it first came from.

The meaning of the term ‘in vino veritas’ directly translates from Latin to ‘in wine lies the truth.‘ It is saying that when a person drinks alcohol and becomes intoxicated, they are more likely to speak truthfully.

As we previously discovered, this phrase comes from the Latin language. However, the phrase can also be traced back to ancient Greece where it was recorded in that language in poetry. The phrase is still used in Italy now in it’s original language.

This is a statement made in a blog post.

Here is a statement from one friend to another.

There are many times you might hear the idiom ‘in vino veritas’ in a conversation. Here are some examples.

The first conversation takes place between a woman and a man.

This is a conversation between two friends.

There are other ways in which you can say the term ‘in vino veritas’ using different wording. 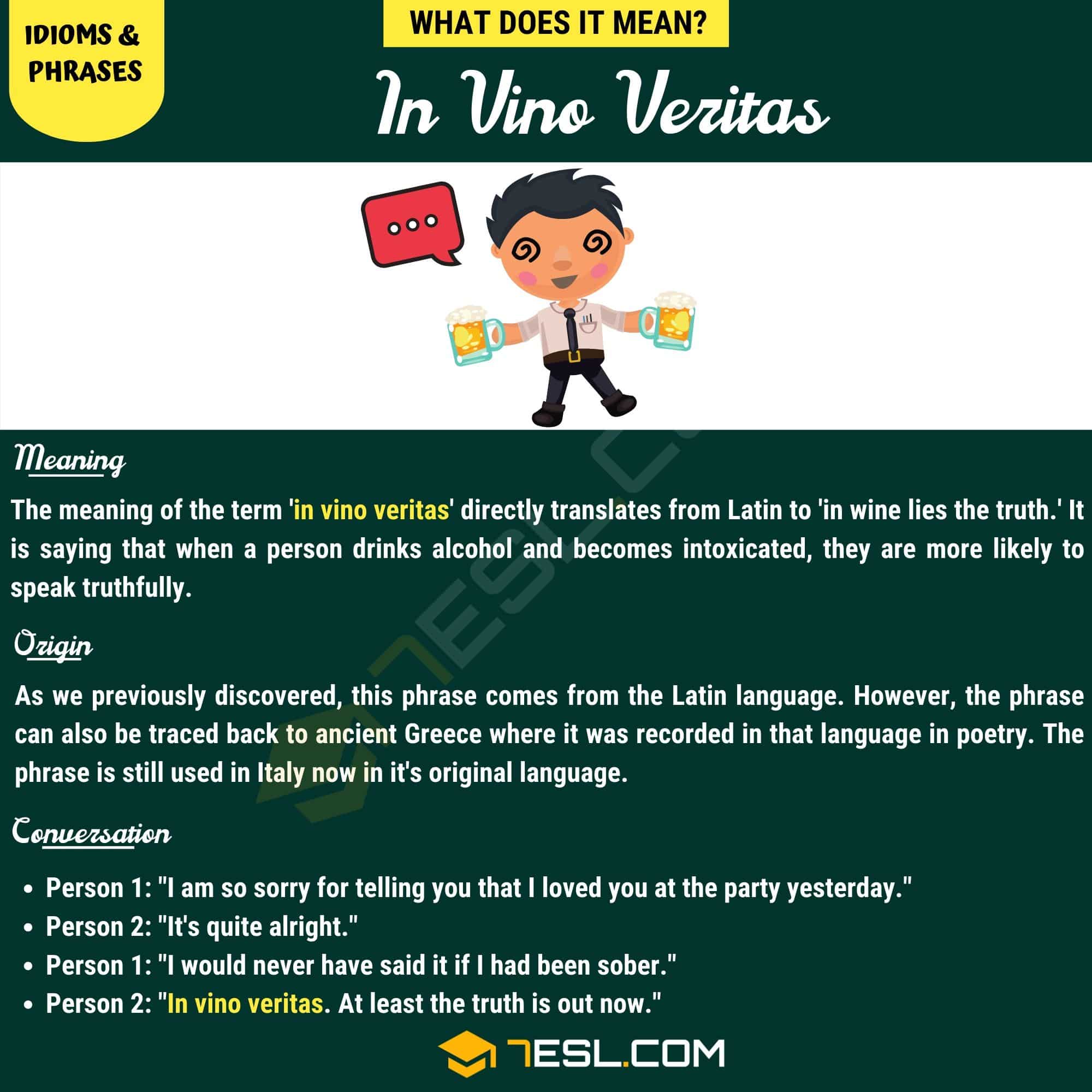