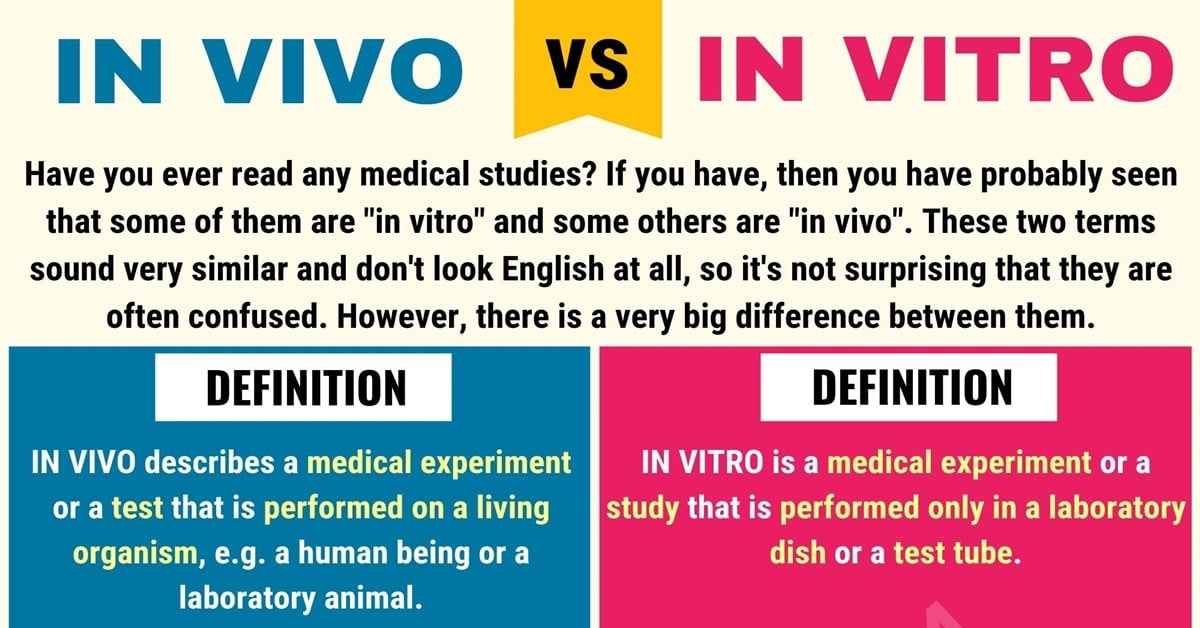 In vivo vs. in vitro! Have you ever read any medical studies? If you have, then you have probably seen that some of them are “in vitro” and some others are “in vivo”. These two terms sound very similar and don’t look English at all, so it’s not surprising that they are often confused. However, there is a very big difference between them. So, what is this difference, and what are the definitions of these words?

In Vivo vs. In Vitro

In Vivo vs. In Vitro Similarity

First of all, there is one significant similarity between in vivo vs. in vitro, and it is their purpose. As it happens with all medical studies, regardless of whether they are in vitro or in vivo, the purpose always is the same: to better understand a certain disease and the ways of treating it, as well as to advance the knowledge of different functions of the body. Still, there are many differences in these studies, and they certainly are worth noting.

In Vivo vs. In Vitro Differences

The majority of medical studies, such as looking at the ability of a newly developed drug to cure cancer, are first performed in vitro, i.e. in a test tube or a laboratory dish. Such an experiment would include growing cancer cells in a laboratory dish outside of the body and then observing how they react to the drug. There are many reasons why most of the studies are done in vitro before they are done in vivo but the most important ones are ethical. It simply isn’t right to expose actual living people to potential side effects of a drug that might not actually do what it’s supposed and expected to.

Many different drugs can be studied in vitro at the same time, and only those that prove to be effective in a test tube go to the next level and can be tested on living organisms. The main disadvantage of in vitro studies is that, due to the absence of biokinetics and other factors, there is no guarantee that a drug that works on cells in a test tube will work on a human being.

Still, when a drug works in a test tube, an in vivo study is needed to see how the whole human body will respond to it. It sometimes happens that a promising in vitro study leads to a disappointing in vivo experiment because a drug doesn’t work or even is unsafe. This can happen because of a big number of metabolic processes and reactions that only occur inside the body, not inside the cells in a laboratory. For example, a drug might not be absorbed while passing through the stomach, so it will have very little effect on the human, even if it showed impressive results in a test tube.

To protect human beings from harmful side effects of a drug that is only under development, in vivo studies are often first conducted on other living organisms, such as mice. This way, researches get the chance to see how the drug functions when different body processes enter the picture. However, once again, the fact that the drug works on a mouse doesn’t necessarily mean that it will also work the same way on people. The opposite is true as well: if the drug doesn’t work on a mouse, it still might be perfect for a human being.

To sum up, in vitro studies are the very beginning and they are important because, if they are successful, they lead to further research. In vivo studies are the continuation that looks at how the drug affects a living organism and that can lead to the drug being widely used in life, outside of a laboratory.

In Vivo vs. In Vitro Examples

In Vivo vs. In Vitro: What’s the Difference? | Image 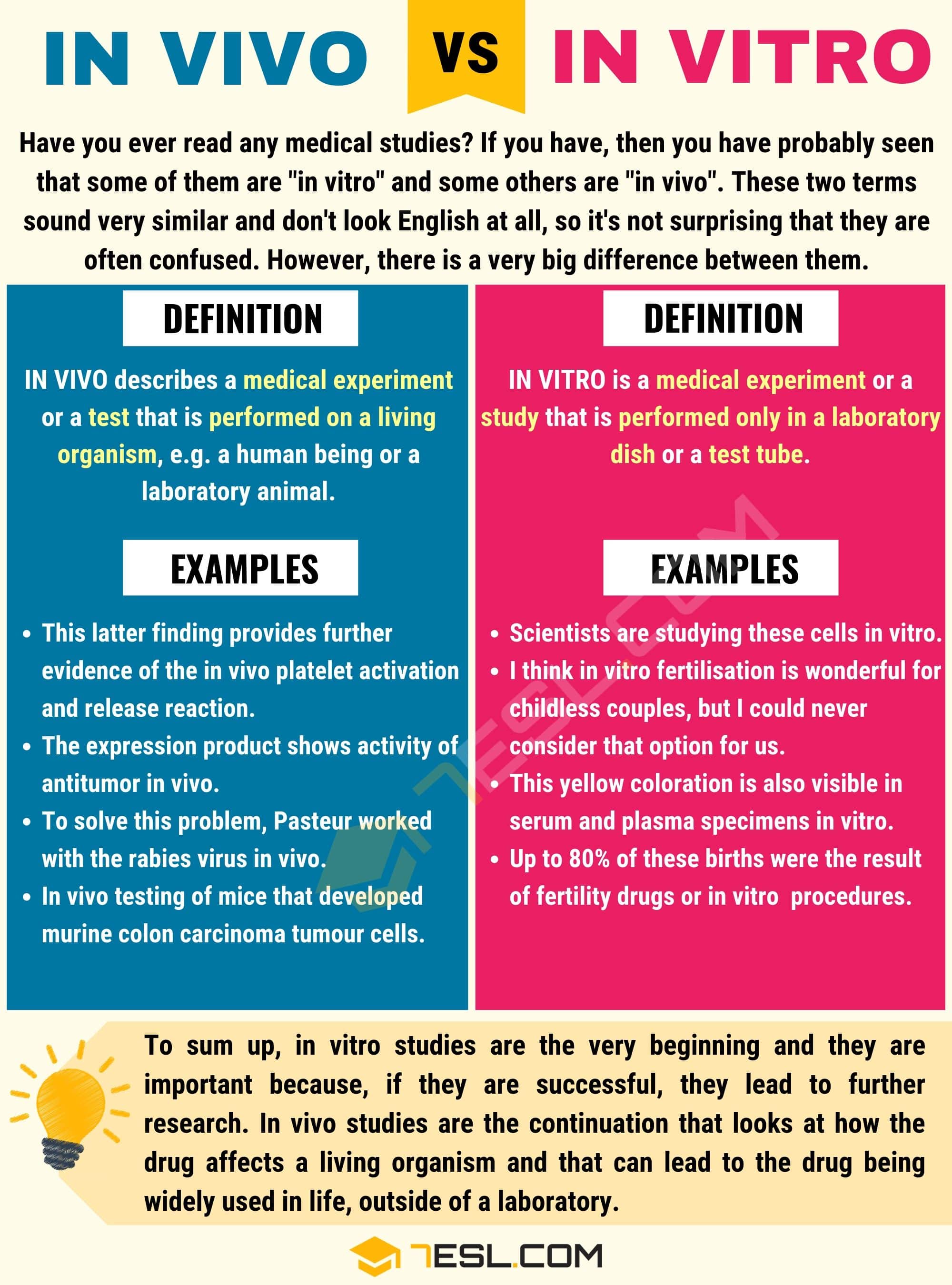