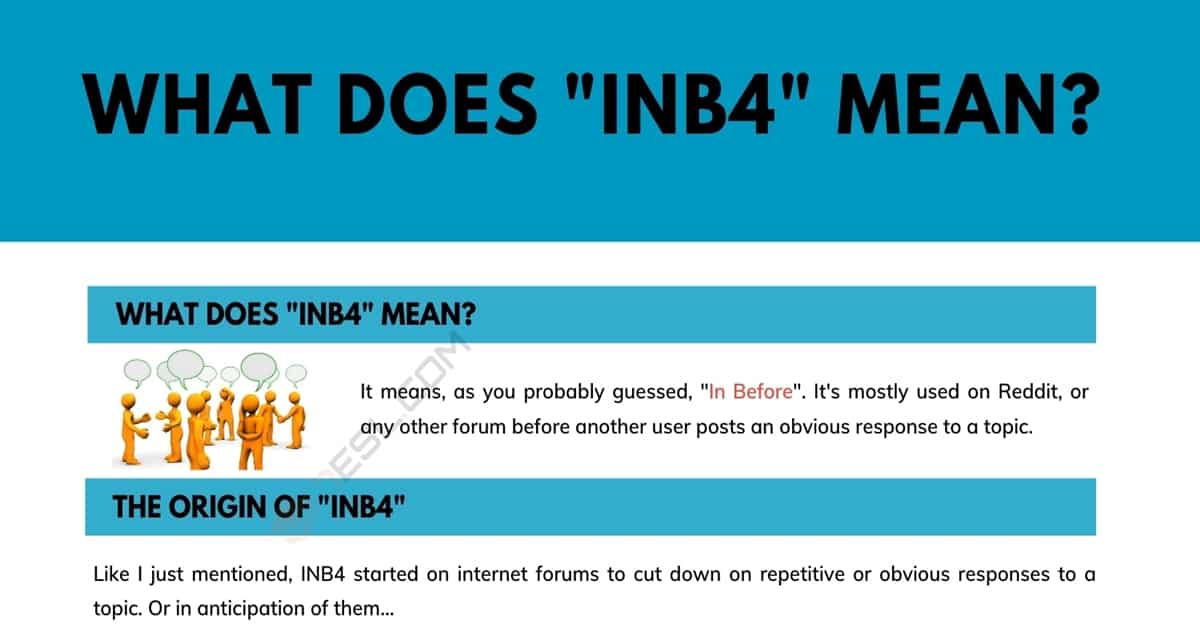 If you’ve been on Reddit, or any other internet forum, you’ve probably seen “INB4”. You might have an idea of what it means, but I’ll be explaining what it means, when and how to use and other ways to say this slang term.

It means, as you probably guessed, “In Before“. It’s mostly used on Reddit, or any other forum before another user posts an obvious response to a topic.

The Origin of “INB4”

Like I just mentioned, INB4 started on internet forums to cut down on repetitive or obvious responses to a topic. Or in anticipation of them…

Other Meanings of “INB4”

This appears to be the only meaning of INB4. It’s pretty self-explanatory, but also understandable if you haven’t heard or seen it used before. It’s not commonly used outside of tech or anime forums.

The closest alternative I can think of is people commenting “first” on Youtube.

This is for bragging rights that they were first to watch and comment on the video. And to show what a big fan they are to the content creator and other viewers…

Anyone can use INB4, but as I mentioned above, mainly people on internet forums.

Not to get repetitive, but on internet forums or using it in a chat group with a lot of people in it would also be appropriate…

When used appropriately, INB4 is followed by a word or short phrase that they (the user) know will eventually appear in the topic conversation.

Examples of How to Use “INB4”

This is from a forum on anime characters, specifically, Avatar, the Last Airbender:

In anticipation of a meme in a forum for Game of Thrones character, Arya Stark:

“Inb4 Arya” = I’m sure any second now, a picture of Arya will be posted to this thread.

A friend brings up cats in a chat group and there’s a friend who loves to post funny memes:

Other Words/Terms to Use Instead of INB4

Like I mentioned above, there’s not really any other ways to say INB4, at least in this context.

I realize that using “first” in Youtube comments isn’t exactly the same, but it was the closest real-life example I could think of since we all know there’s going to be that person who wants to be first…

Admittedly, the meaning of INB4 is pretty simple, but how to actually use it correctly isn’t super obvious, if you don’t use forums on a regular basis.

So, now you all know how to use it correctly and the etiquette, if you find yourselves in a forum. Or at least know what other users are talking about, if you’re just curious about a certain topic… 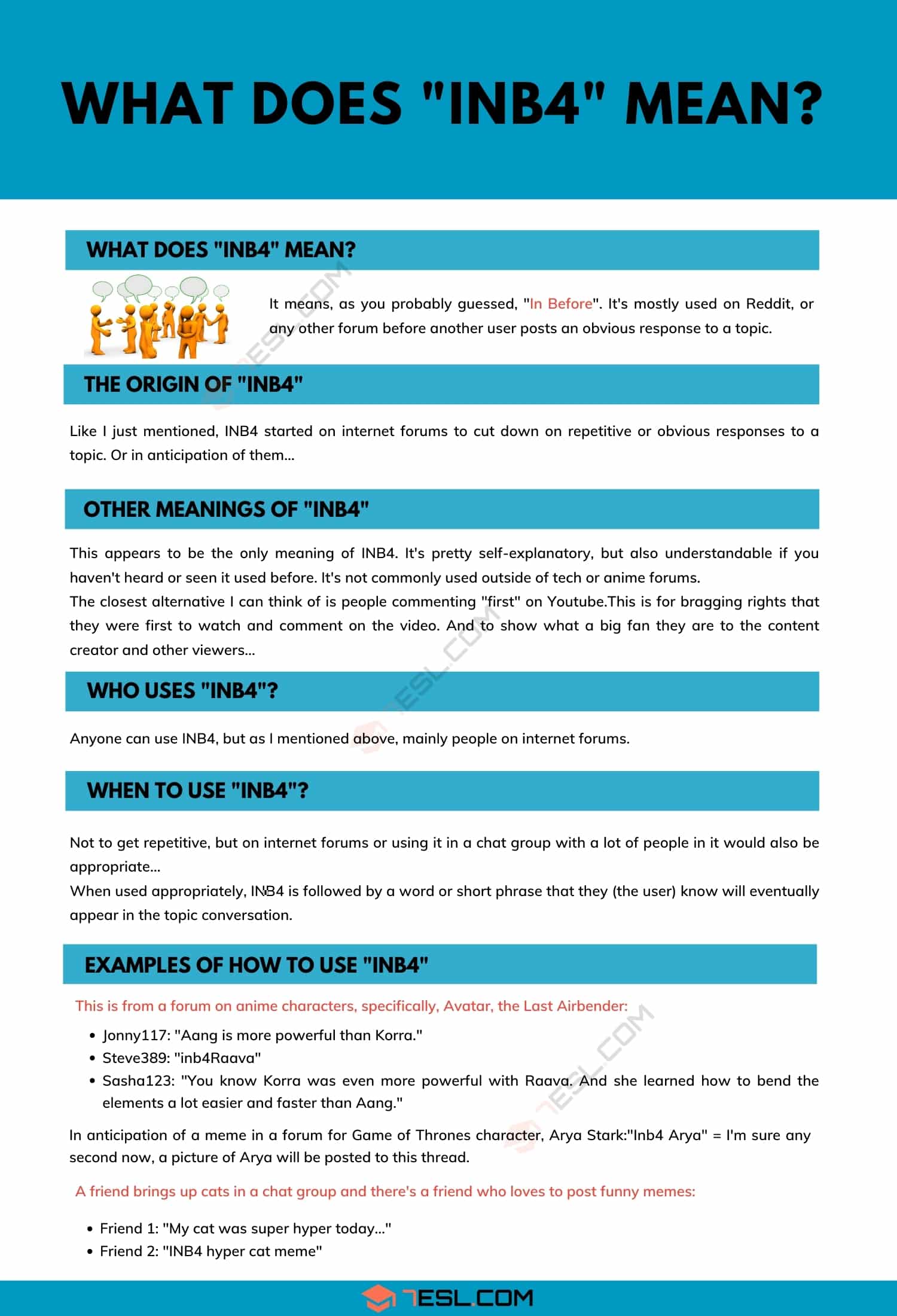