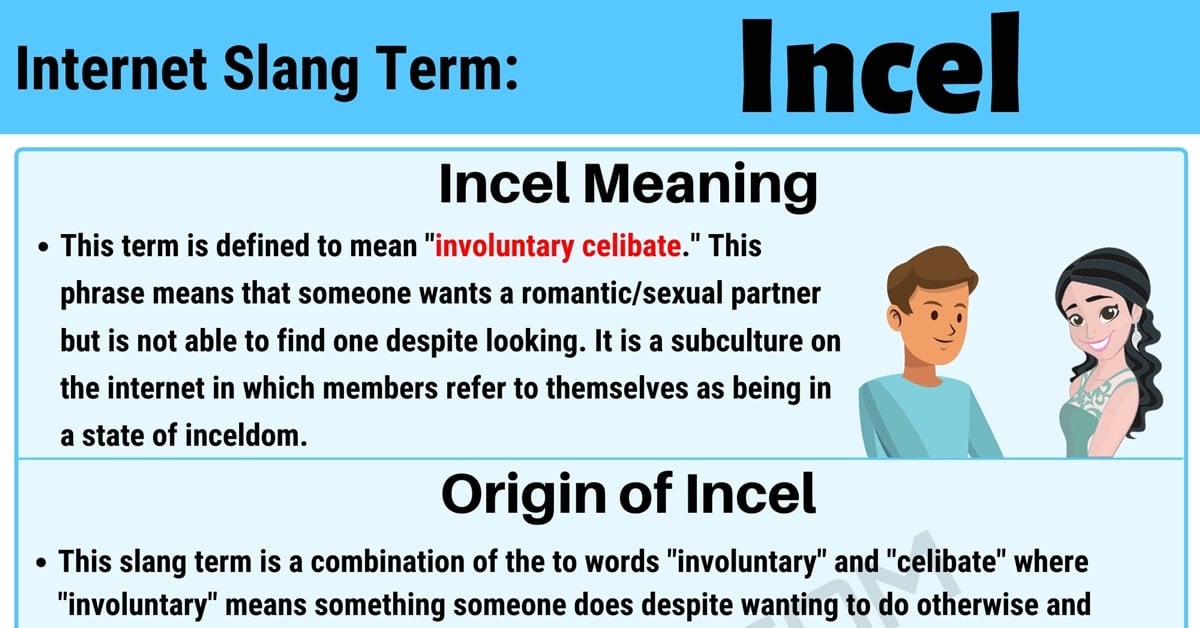 The slang term “incel” is only used by a particular culture on the internet and is generally not heard of often now due to a negative history. However, odds are you have heard or seen this term being used recently and it made you wonder about it. Fortunately, you are in a good place to find out what you need to know to lessen your confusion.

Here you will find the meaning of the term and the origin of it as well. You will also find some alternate meanings if there are any and some example conversations so you can see how the term is properly used in conversations. Lastly, you will discover some other words or phrases that can be used as a synonym for this term.

What Does Incel Mean?

This term is defined to mean “involuntary celibate.” This phrase means that someone wants a romantic/sexual partner but is not able to find one despite looking. It is a subculture on the internet in which members refer to themselves as being in a state of inceldom.

This slang term is a portmanteau of the two words “involuntary” and “celibate” where “involuntary” means something someone does despite wanting to do otherwise and “celibate” refers to “not engaging in sexual intercourse.” The term first appeared in 1993 online when a Canadian female student developed a website to talk about her lack of sexual activity. Popularity for her site increased and more people like her joined in her discussion relating similar experiences.

It became an all-inclusive site for any race, sex, gender, etc. until several murders had been committed by people who identified themselves as being a part of this sub-culture. Since then the term has gained negative undertones, often being identified by many people and organizations as a hate group filled with white supremacists males and filled with the ideology of racism, misogyny, and violence. This ideology is a far cry from what the culture was supposed to represent when it first started.

There are no other current meanings known for this slang term.

There are some synonymous phrases that you could use to represent this phrase and still manage to convey the same meaning. Some of the other ways you could say the same thing include: 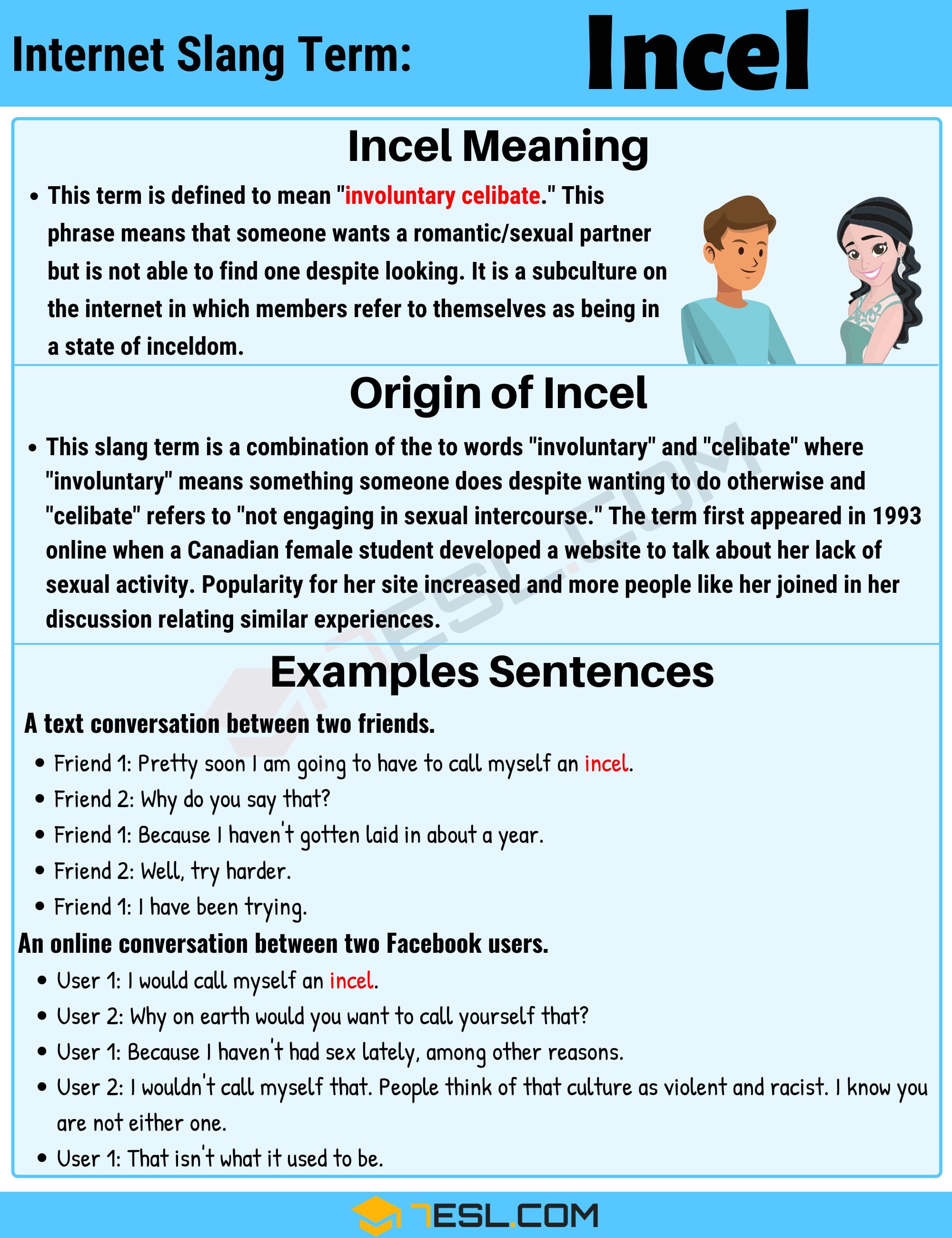 Nice, thank you for explaining the origins wich help understand what it really means, great article.