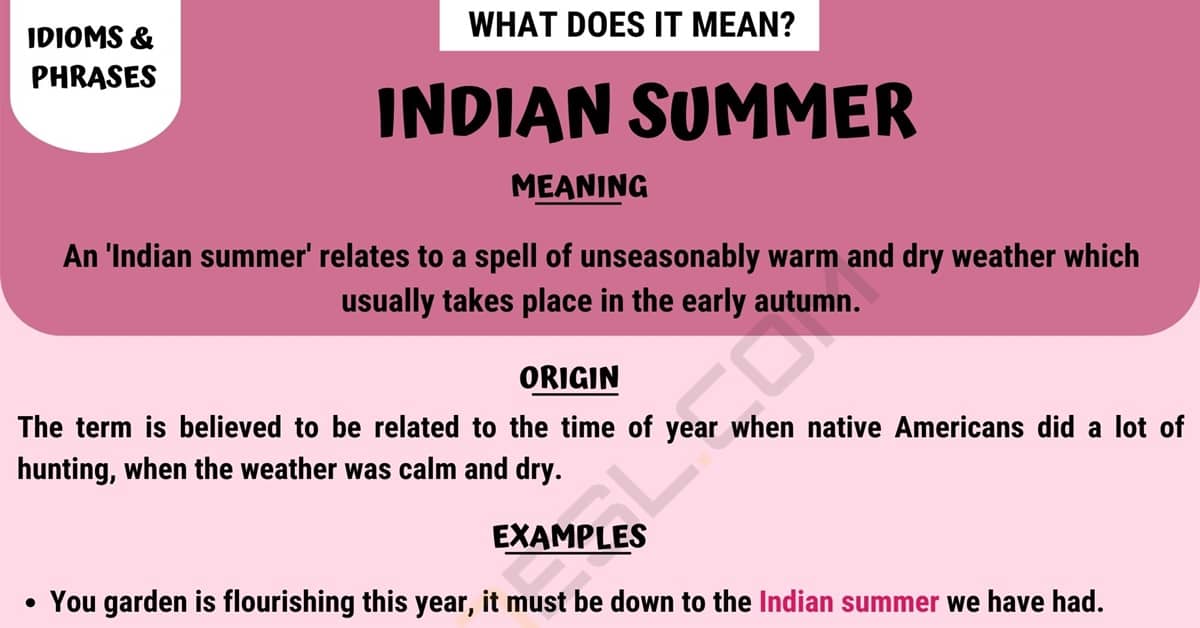 An ‘Indian summer’ relates to a spell of unseasonably warm and dry weather which usually takes place in the early autumn.

The term is believed to be related to the time of year when Native Americans did a lot of hunting when the weather was calm and dry.

This is a statement made by a neighbor.

Here is a statement made on a weather report.

If you are curious to see how the term ‘Indian summer’ can fit into a conversation, here are some examples of how it might work.

The first conversation is between two friends.

Here is a conversation between two people by a lake.

There are other ways in which you can express the meaning of the idiom ‘Indian summer.’

Here are some examples of other ways you could say it. 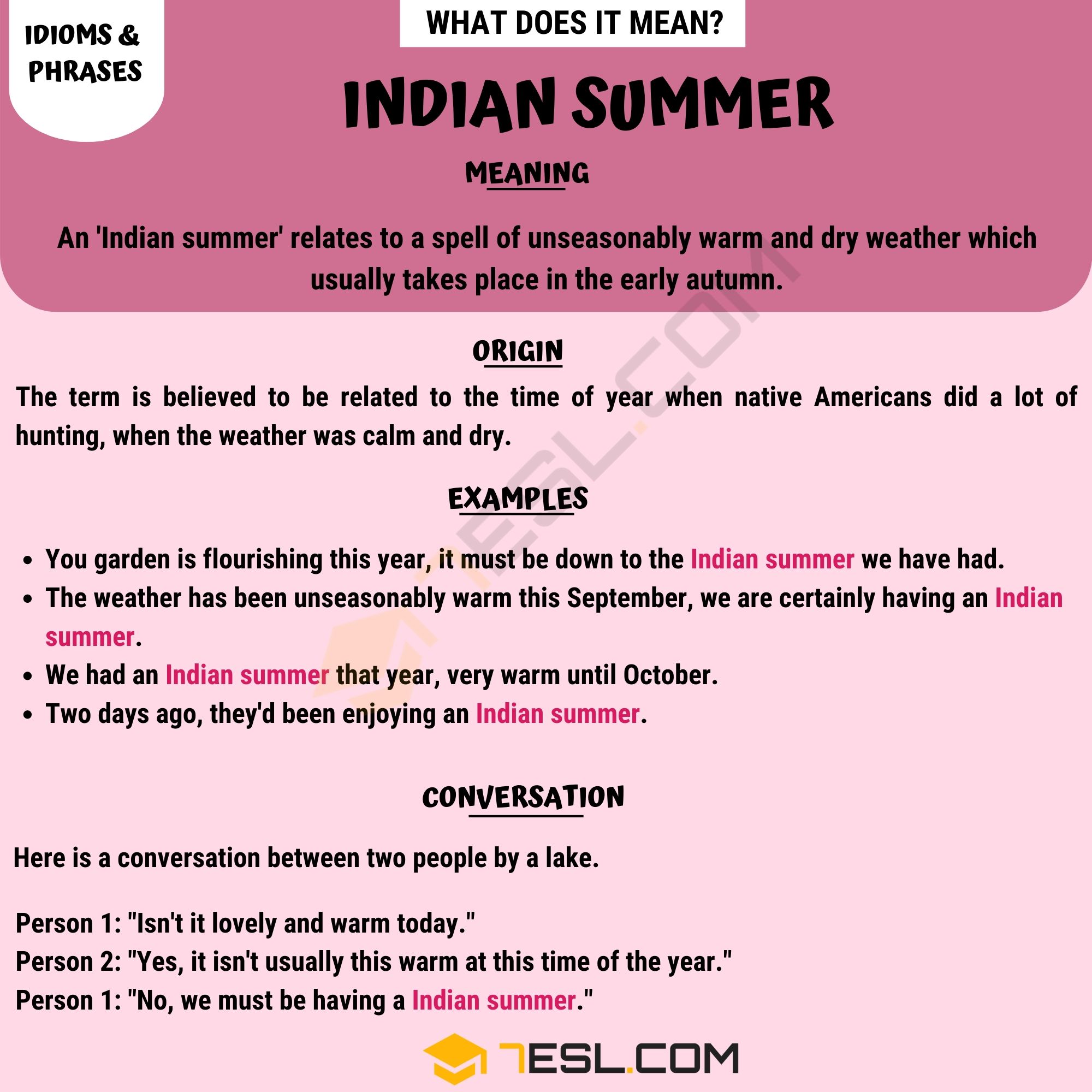