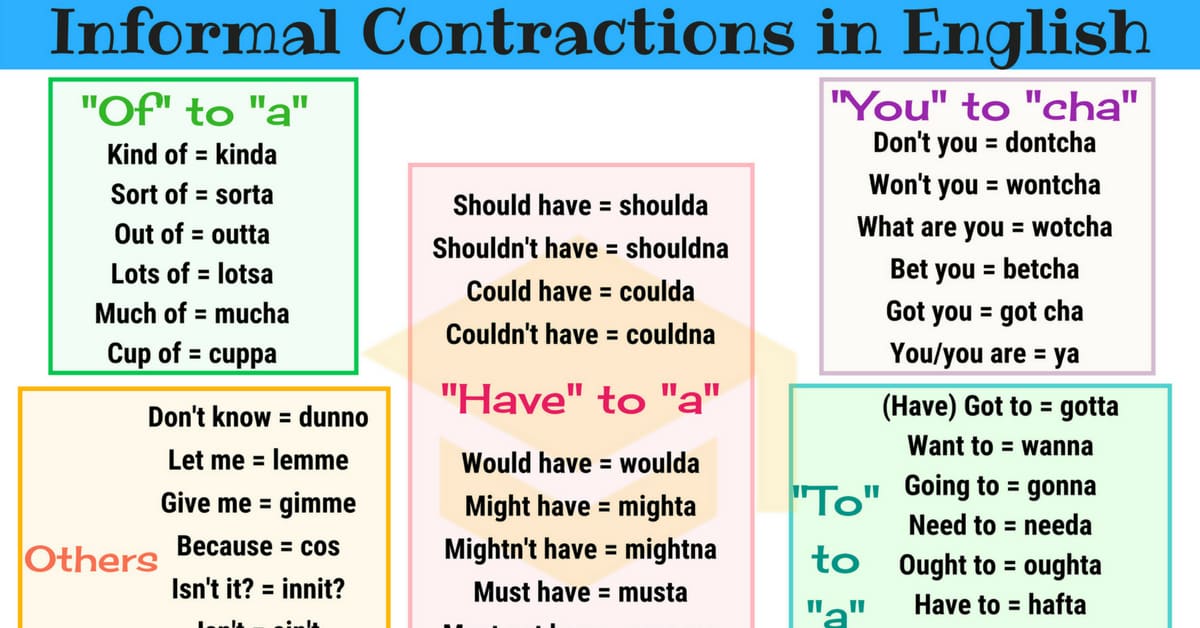 Learn useful informal contractions list with examples and ESL pictures in English to improve and enlarge your vocabulary.

Informal contractions are commonly used in American English. They are short forms of other words that people use when speaking informally. 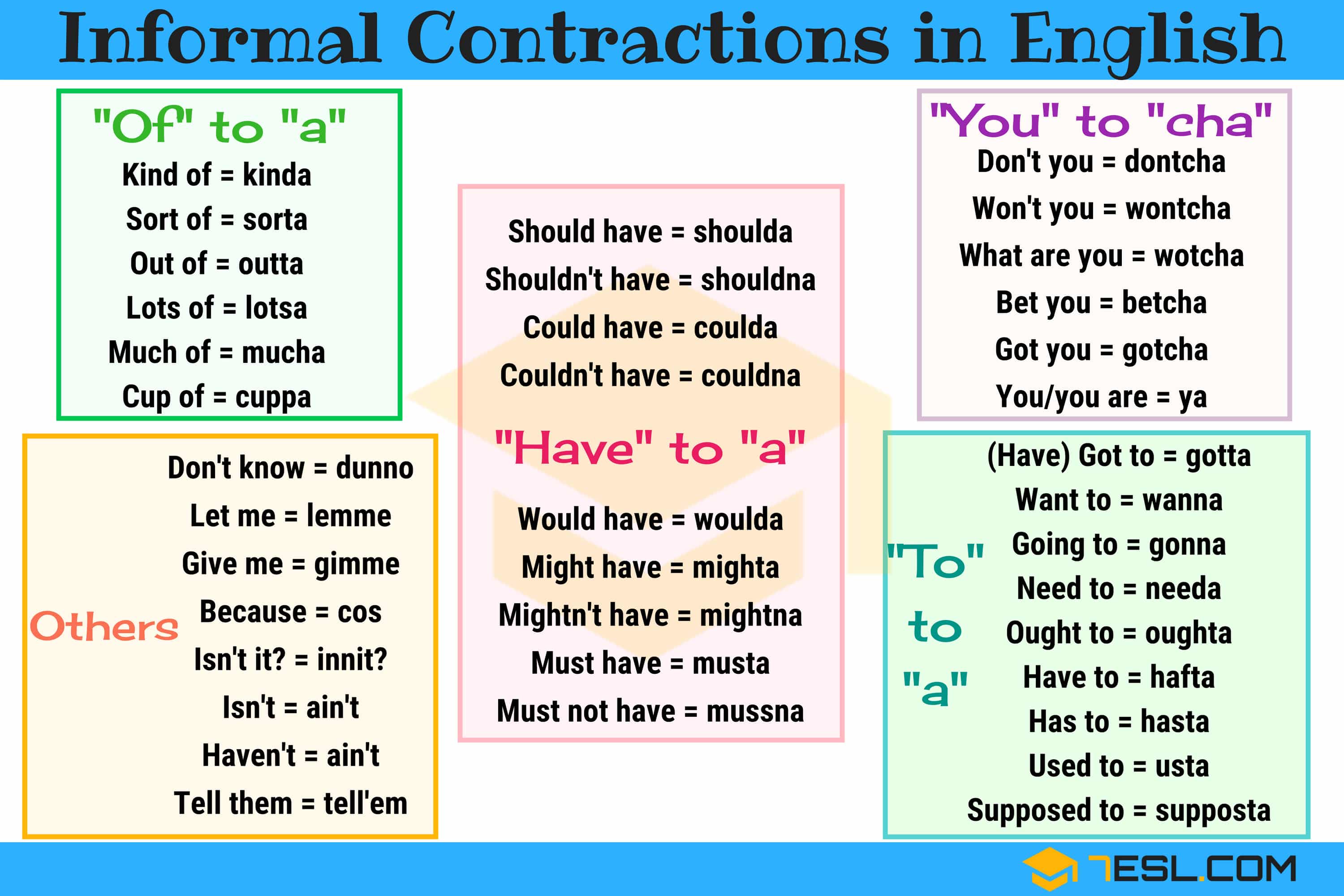 Quick! The cure!!! What’re you waiting for? c’mon!