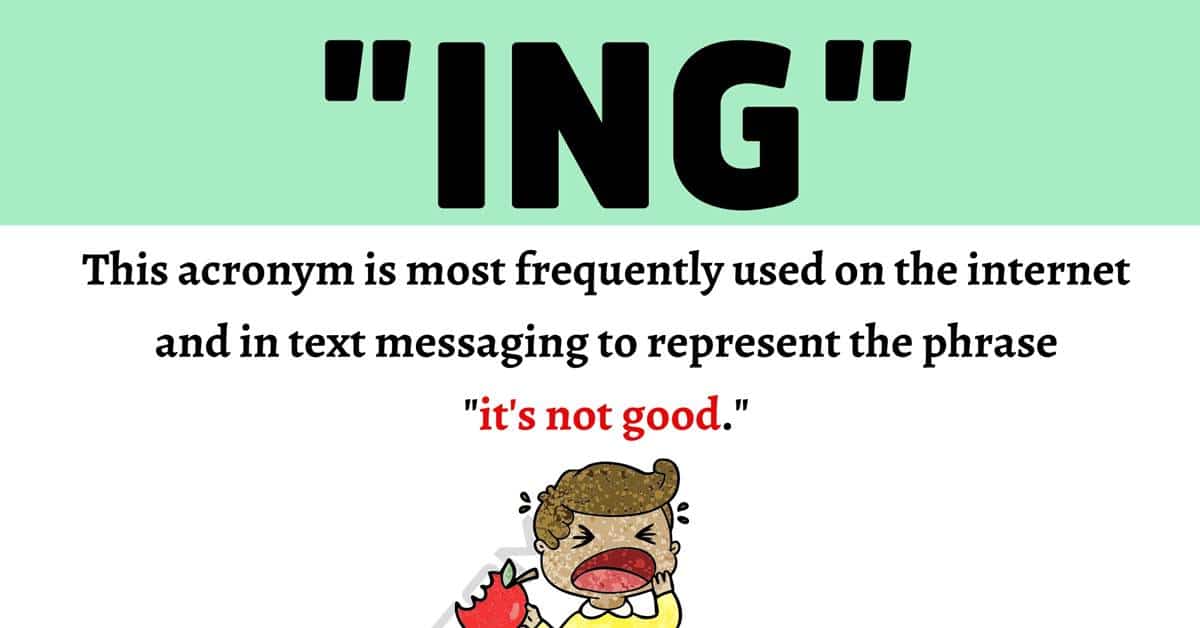 The acronym “ing” is a term that you may encounter while online or on the phone texting with your friends. If someone has dropped this acronym on you for the first time and you came here wondering about its meaning, then you are in luck. Here you will find it’s definition, but you will also find details about its origin, other meanings, and some example conversations. The conversation examples will allow you to gain a deeper understanding of the term’s meaning through the study of it used in the proper format. Finally, you will discover some alternative phrases that you can use to substitute for the phrase this acronym represents without changing its meaning.

What Does “ING” Mean?

This acronym is most frequently used on the internet and in text messaging to represent the phrase “it’s not good.” It is used to tell someone that something wasn’t desirable.

There are no specific details to be found regarding the origin of this slang term. However, the phrase itself has been a part of common everyday language for many years and is made up of three very common words. Like most common phrases, this acronym was most likely assigned to represent this phrase when the internet and text messaging came about to make it easier, quicker, and more efficient to type.

Similar to most acronyms, this one is no different in the fact that it can also represent much more specific things, such as technical terms and titles, in much more specific scenarios. Some of the other things that this acronym can stand for are “Iraqi National Guard,” “Isaac Newton Group,” “International Network of Golf,” “Inactive National Guard,” and “Internet and Networking Group.” These are just a small population of the things this acronym can represent and there are many more as well. 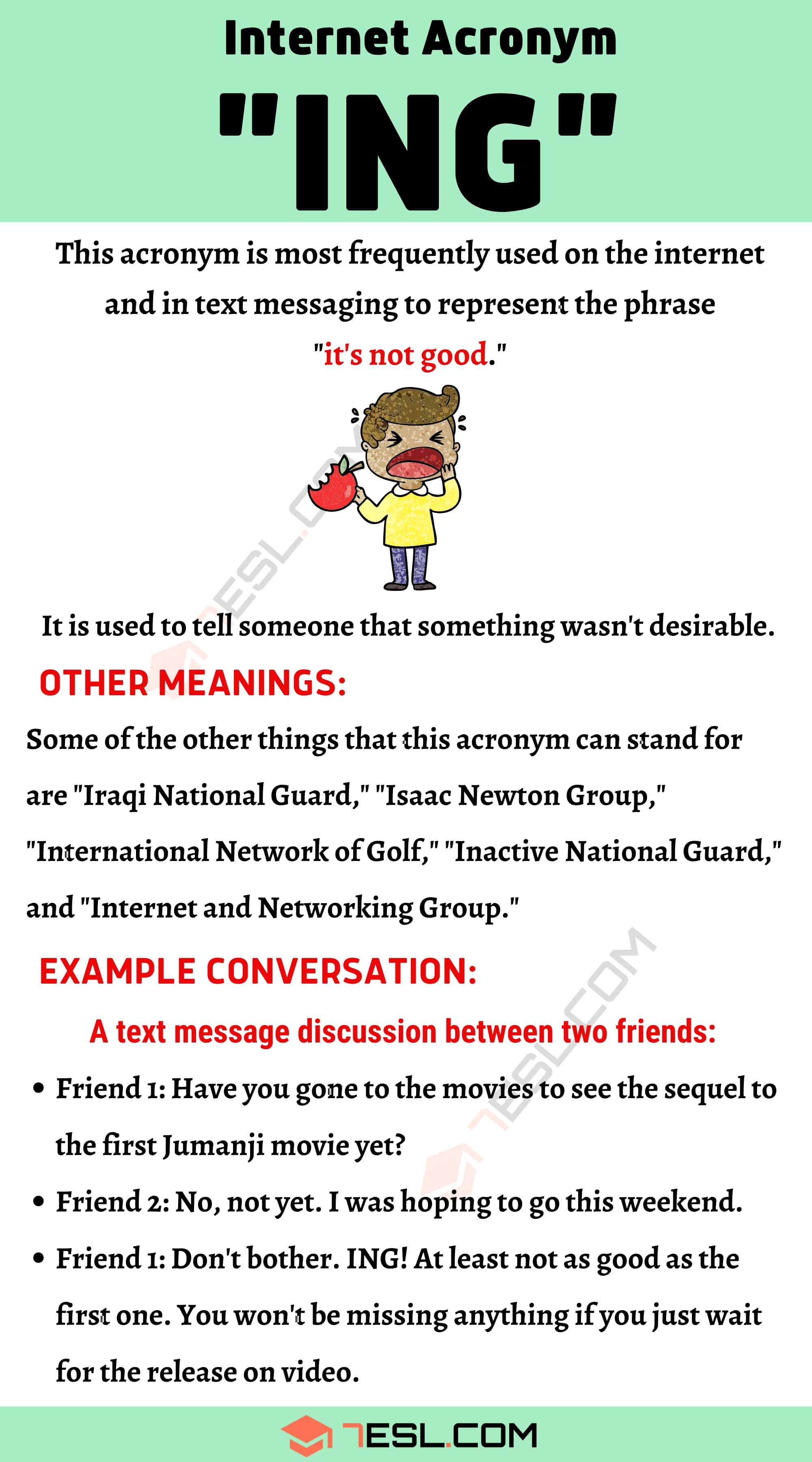