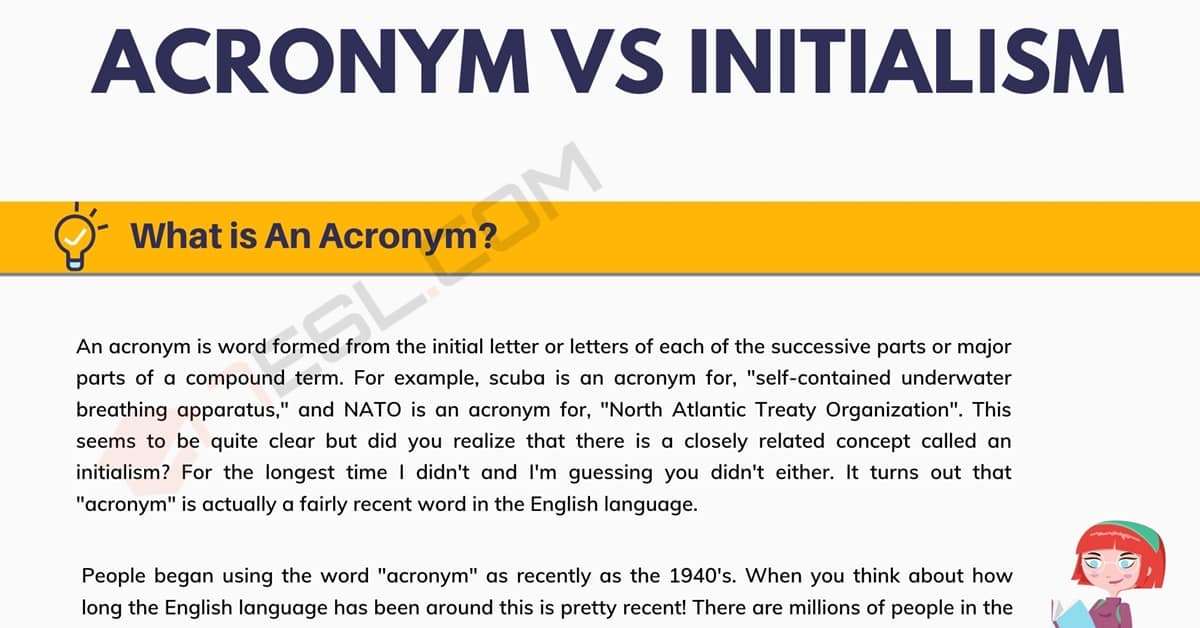 What is an initialism? We’ve all encountered acronyms before. We use them day-to-day and barely even notice. Some acronyms we’ve used so often we don’t even realize they are acronyms! Ever talked about how much you enjoyed scuba diving on your vacation. You used an acronym. How about when you’ve been discussing politics and NATO comes up? There is another acronym. Finally, there’s an acronym the whole world has been using lately: COVID. It doesn’t even seem like one anymore. How exactly do we define what an acronym is?

What is An Acronym?

An acronym is word formed from the initial letter or letters of each of the successive parts or major parts of a compound term. For example, scuba is an acronym for, “self-contained underwater breathing apparatus,” and NATO is an acronym for, “North Atlantic Treaty Organization”. This seems to be quite clear but did you realize that there is a closely related concept called an initialism? For the longest time I didn’t and I’m guessing you didn’t either. It turns out that “acronym” is actually a fairly recent word in the English language.

People began using the word “acronym” as recently as the 1940’s. When you think about how long the English language has been around this is pretty recent! There are millions of people in the world right now that are older than the word! It’s not like people started wanting to shorten up long phrases only from the 1940’s on so, if they didn’t call their shortened phrases acronyms what did they call them? They must have had a word for them. The word they used to name these sorts of constructions before the word acronym was invented was the word “initialism”.

What is An Initialism?

An initialism is formed much the same as an acronym. To create an initialism you take the initial letter or sometimes letters of each of the successive parts or major parts of a compound term and string them together. Some examples of initialisms are: FBI which stands for Federal Bureau of Investigation, or CBC which stands for Canadian Broadcasting Corporation. So what’s the difference between an initialism and an acronym?

What Makes An Initialism Different From An Acronym?

Today, people draw a distinction between what is called an acronym and what is called an initialism. An acronym is an abbreviation formed from the initial letter or letters of each of the successive parts or major parts of a compound term. The result of which is pronounced as a single word. These are abbreviations like SCUBA, NATO, or RAM. The definition of an initialism is slightly different. It is an abbreviation formed like an acronym; however, all the letters in the resulting construction are pronounced distinctly.

These are abbreviations like FBI, CDC, or USA. The distinction is somewhat subtle. I’ll list a few more abbreviations and see if you can spot which are acronyms and which are initialisms. Here we go: BYOB, DIY, HEPA, DNA, NRA, NASA, and LASER. How’d you do? BYOB, DIY, DNA, and NRA are all initialisms while HEPA, NASA, and LASER are all acronyms. Like I said, it’s somewhat subtle but now that you’re aware of the distinction you will have no problem identifying initialisms and acronyms as you come across them. 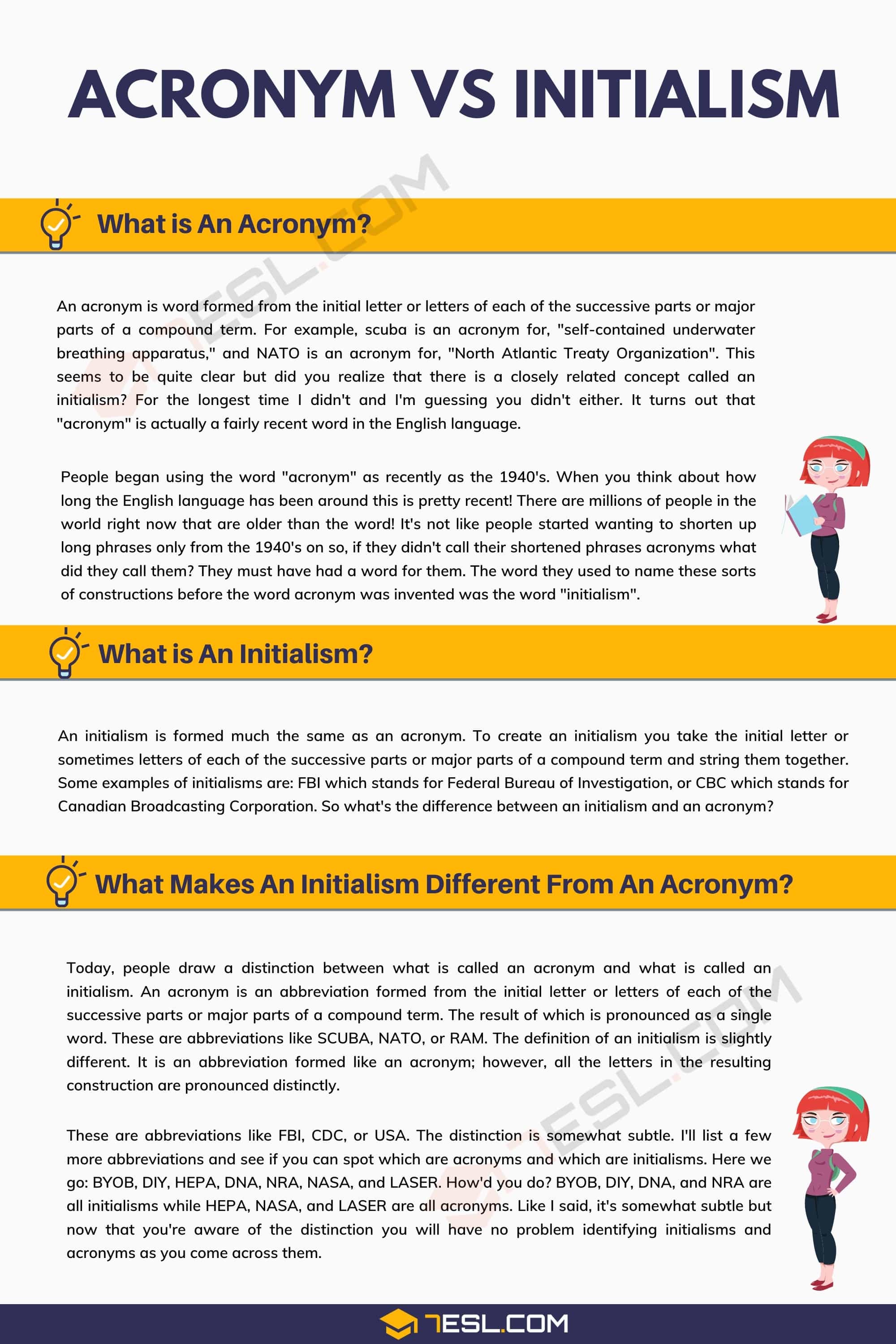 Actually, Covid is not an acronym, it’s a portmanteau. The difference is that it uses more than just the first letter of the words Co(Corona)vi(virus)d(disease).