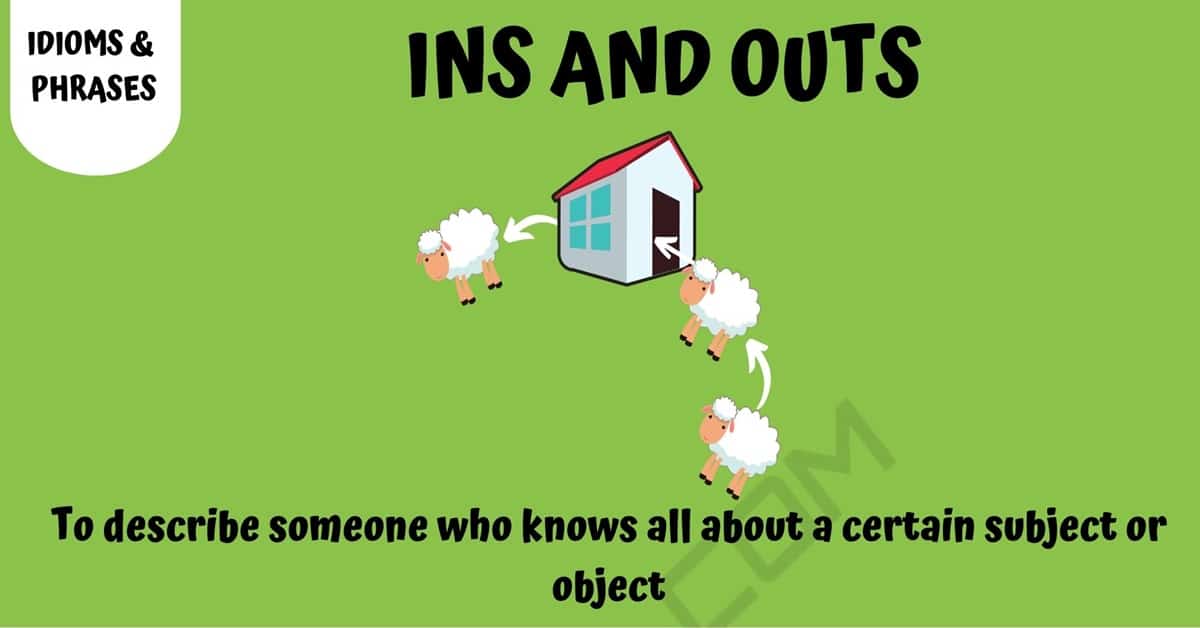 The idiomatic expression “ins and outs” is one that you may hear or see quite frequently in conversation and writing. Here you will find the meaning of this phrase along with the story of its origin. You will also see some examples of how to properly use this phrase in conversations/statements and be given some suggestions in regards to alternative ways to say the phrase while conveying the same meaning.

The phrase “ins and outs” is a descriptive phrase typically used to describe someone who knows all about a certain subject or object.

This phrase most likely came from the world of politics.

The first person to mention “ins and outs” in the political sense was Chaucer in his poem titled Troilus and Criseyde published sometime between 1381-1386. The next mention of the phrase “in and outs” in the political sense was found in the writings of Thomas Jefferson in the year 1814. The political version of the phrase was used to describe two parties, much like we have the Democrats and Republicans today. The parties were referred to as the ins and the outs. It was not until well into the nineteenth century that the meaning of the phrase “in and outs” as we know it today was adopted to mean the small details of something.

A statement made by a police officer searching for a missing girl that became separated from her mother in the mall.

A statement made by a veteran musician in an interview with a recent entertainment magazine.

A conversation between a manager and appointed team leader.

A conversation between an older and younger sister.

Other Ways to Say “Ins and Outs”

There are many alternative ways to say the phrase “ins and outs” and still convey the same meaning. Some of the other ways you can say this phrase include: 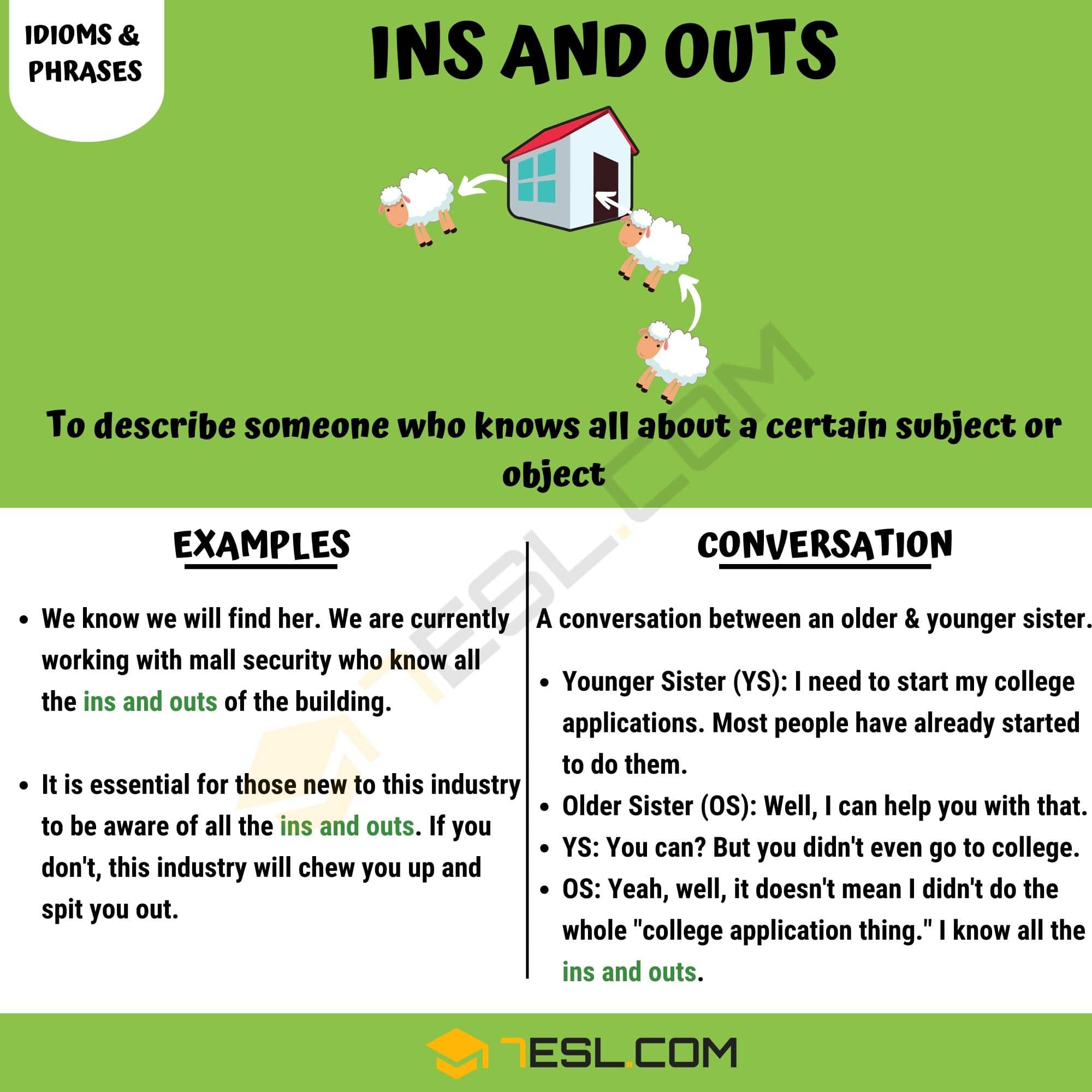