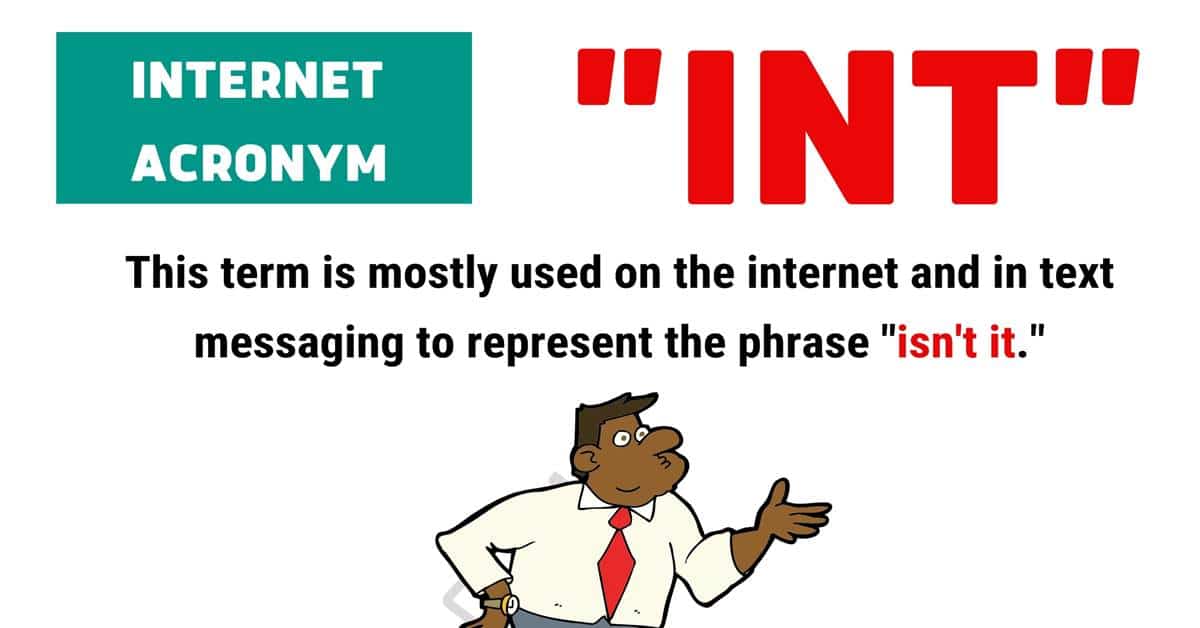 The term “int” is a bit difficult to understand, even when you see it used in context. If you have seen this slang term being used online and have wondered what it meant, then you have come to the right place. Here you will not only find the meaning of this term, but you will also find information about its origin if available and some other meanings as well for what this abbreviation represents. You will also find some conversation examples illustrating the proper usage of this term and some synonyms that can be used in its place during a conversation.

What Does “INT” Mean?

This term is mostly used on the internet and in text messaging to represent the phrase “isn’t it.”

There is no specific information available regarding the origin of this acronym or the phrase that it represents.

This term can also be used as an abbreviation for the word “international,” “integer,” “interception,” “intermission,” “internet,” and “intelligence.” Some suggest that it simply represents the word “isn’t” without the “it” attached. There are some additional meanings on the internet for this term as well, but these are some of the more popular ones aside from the most common representation. Determining which phrase is being represented depends on the context it is being used in.

There are no synonyms for the word “isn’t” or “it” unless you know exactly what you are referring to. Therefore, the only other phrasing you could use is to type the phrase out completely as “isn’t it.” 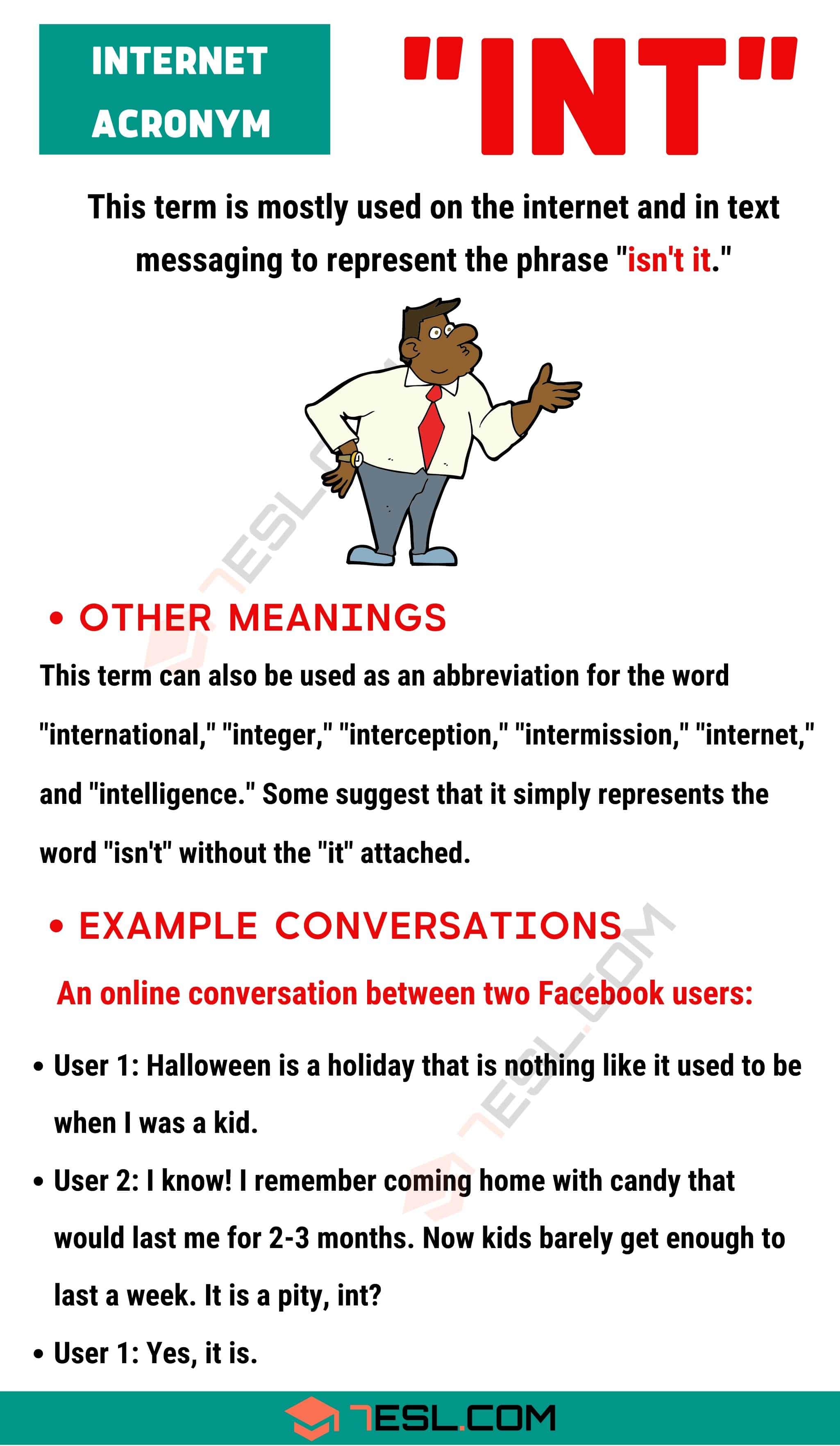