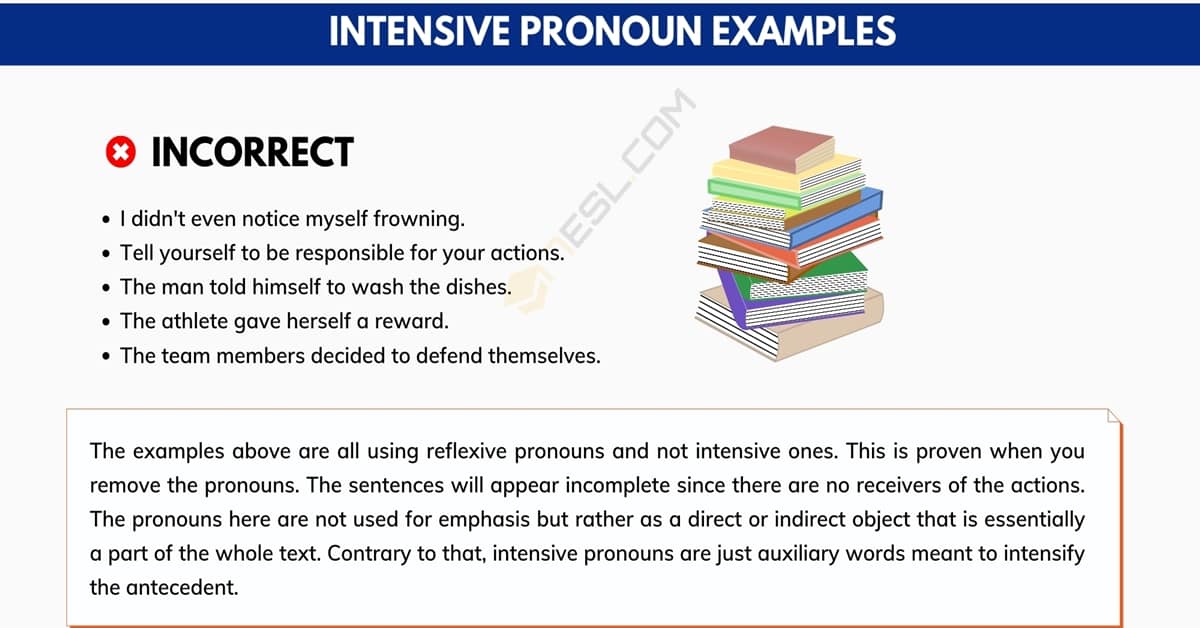 How to use intensive pronouns? Pronouns are significant parts of speech that help you communicate effectively and concisely. Instead of using the same noun repeatedly, substituting it with the appropriate pronoun gets rid of redundancy. Since these terms are widely used, it’s somehow reasonable why there are mistakes in its application. Two of the commonly confused pronouns are the reflexive and intensive ones. These two are somewhat identical, but they actually function differently. This article shall focus on discussing how intensive pronouns are employed in a text.

Intensive pronouns are used mainly to highlight a subject or antecedent of a sentence. For such reason, they are alternatively known as self-intensifiers or emphatic pronouns. They include the words that usually ends with “self” or “selves.” Use an intensive pronoun if you want to emphasize your subject. Pronouns that are used as direct or indirect objects are not intensive in nature. To check if the pronoun is indeed intensive, try eliminating it from the text. Taking out the intensive pronouns will not disrupt the whole point of the sentence. Since it is used only for emphasis, the statement will still make sense even with the pronoun’s absence.

Intensive pronouns are usually, but not necessarily, found right after the noun or pronoun that it modifies. It must be noted that the pronoun should correspond according to the gender or form of the noun. When the noun that it follows is singular, then the pronoun should also be singular. The same rule should be followed for plural ones. Taking gender into consideration is also vital as it upholds both correctness and respect.

Here are some examples of sentences that use intensive pronouns correctly and incorrectly. Compare the two sets and discover what makes them different.

The examples above are all using reflexive pronouns and not intensive ones. This is proven when you remove the pronouns. The sentences will appear incomplete since there are no receivers of the actions. The pronouns here are not used for emphasis but rather as a direct or indirect object that is essentially a part of the whole text. Contrary to that, intensive pronouns are just auxiliary words meant to intensify the antecedent.

From the examples above, try taking out the intensive pronoun. For the first item, if you eliminate “myself,” the sentence is still understandable. The fundamental meaning of the text is not altered. The same effect will be observable from the other items. That is because the intensive pronouns only put stress on the subject or antecedent to intensify the point. 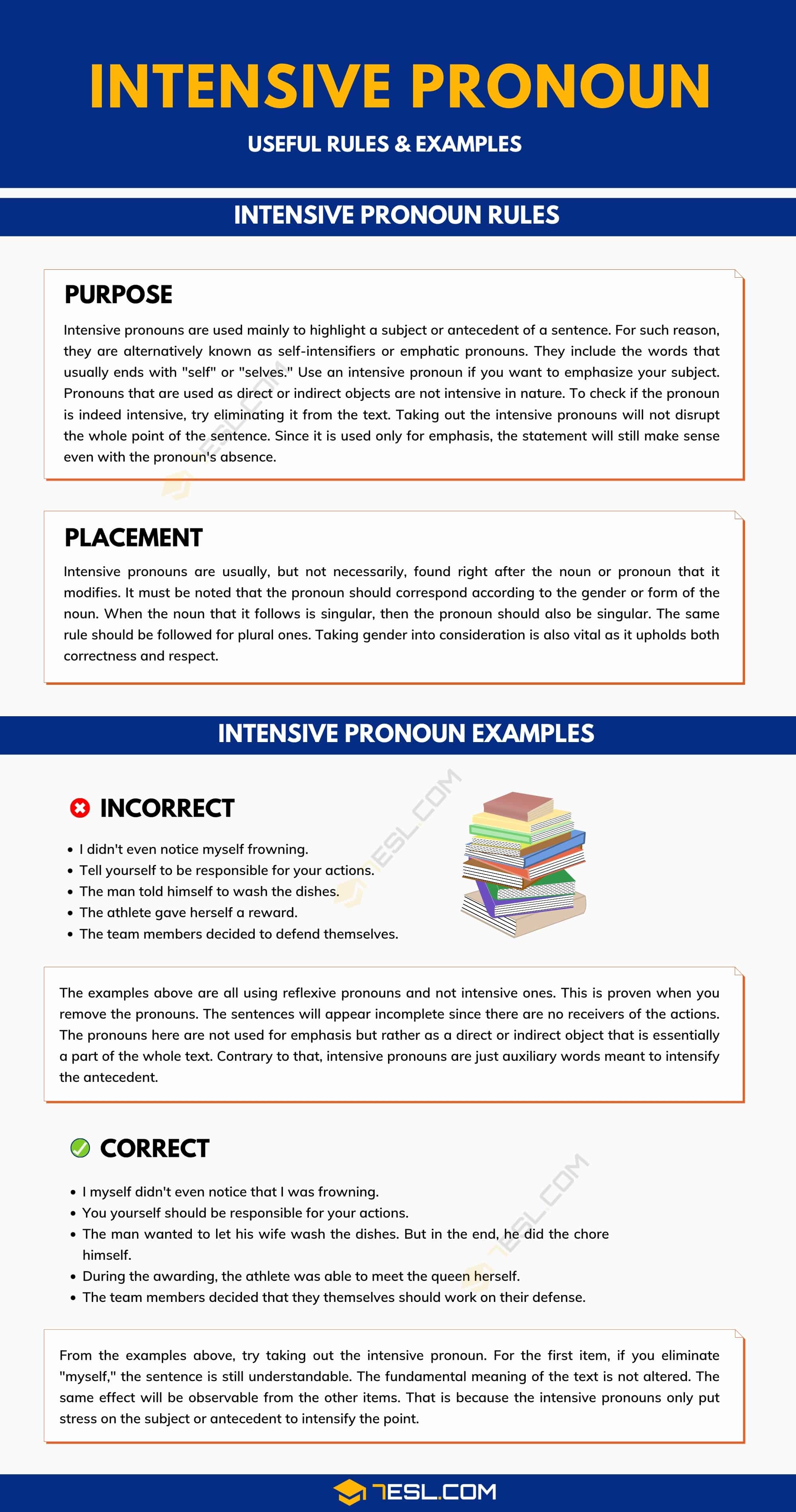