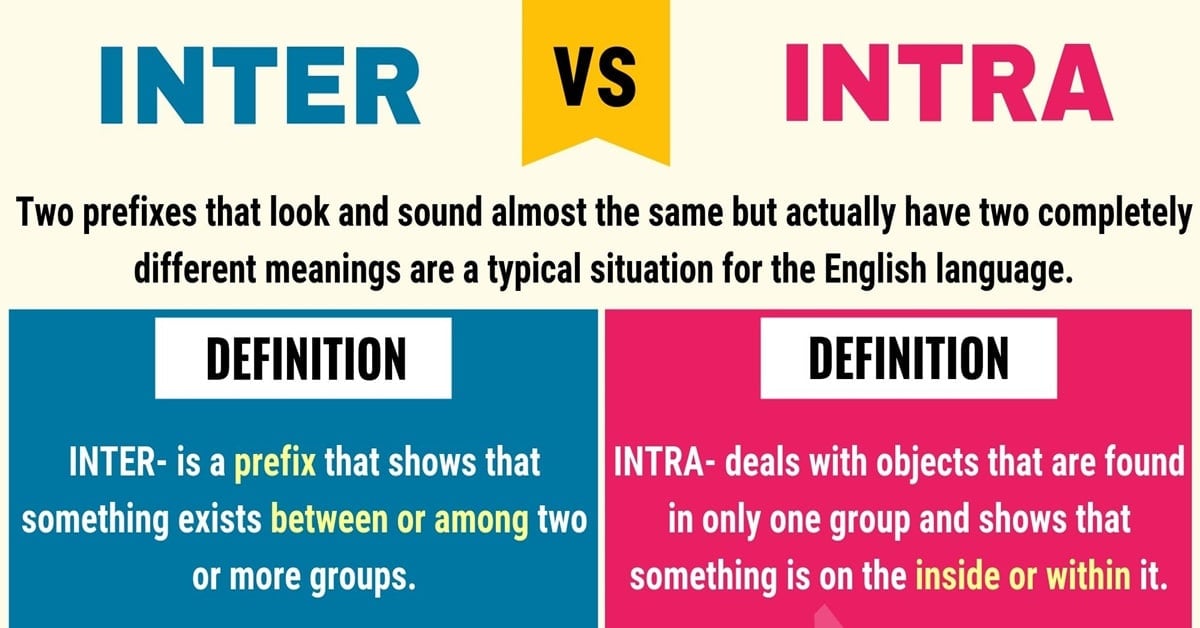 Inter vs. intra! Sometimes it’s not even words that are creating confusion in writing. In many cases, even a prefix is able to cause many problems. Two prefixes that look and sound almost the same but actually have two completely different meanings are a typical situation for the English language. One of the examples is inter- and intra-. When should you use each of them?

INTER- is a prefix that shows that something exists between or among two or more groups. INTRA-, on the other hand, deals with objects that are found in only one group and shows that something is on the inside or within it. As you can see, these prefixes that sound so similar actually have almost opposite meanings.

When Should You Use Intra vs. Inter?

Let’s look at a few examples. If you play basketball at your own university, you play intramural sports because everything happens inside your university only and refers to a single group. However, if you represent your university at other championships and compete with teams from other colleges, you participate in interuniversity tournaments.

Have you ever wondered why the internet is called like that? The reason behind this name is that the internet allows many groups of people to communicate with one another, no matter where in the world they are. Before the internet, there was the intranet. This was a computer network that only a group of authorized users could access.

If you aren’t sure which prefix to use, there’s a trick that you might find helpful. Inter- refers to something that is open. At the same time, intra– refers to a system that is contained. The word “open” has an “e” in it, just like the prefix it describes, while the word “contained” has the letter “a”.

How to Use Intra vs. Inter Correctly? | Image 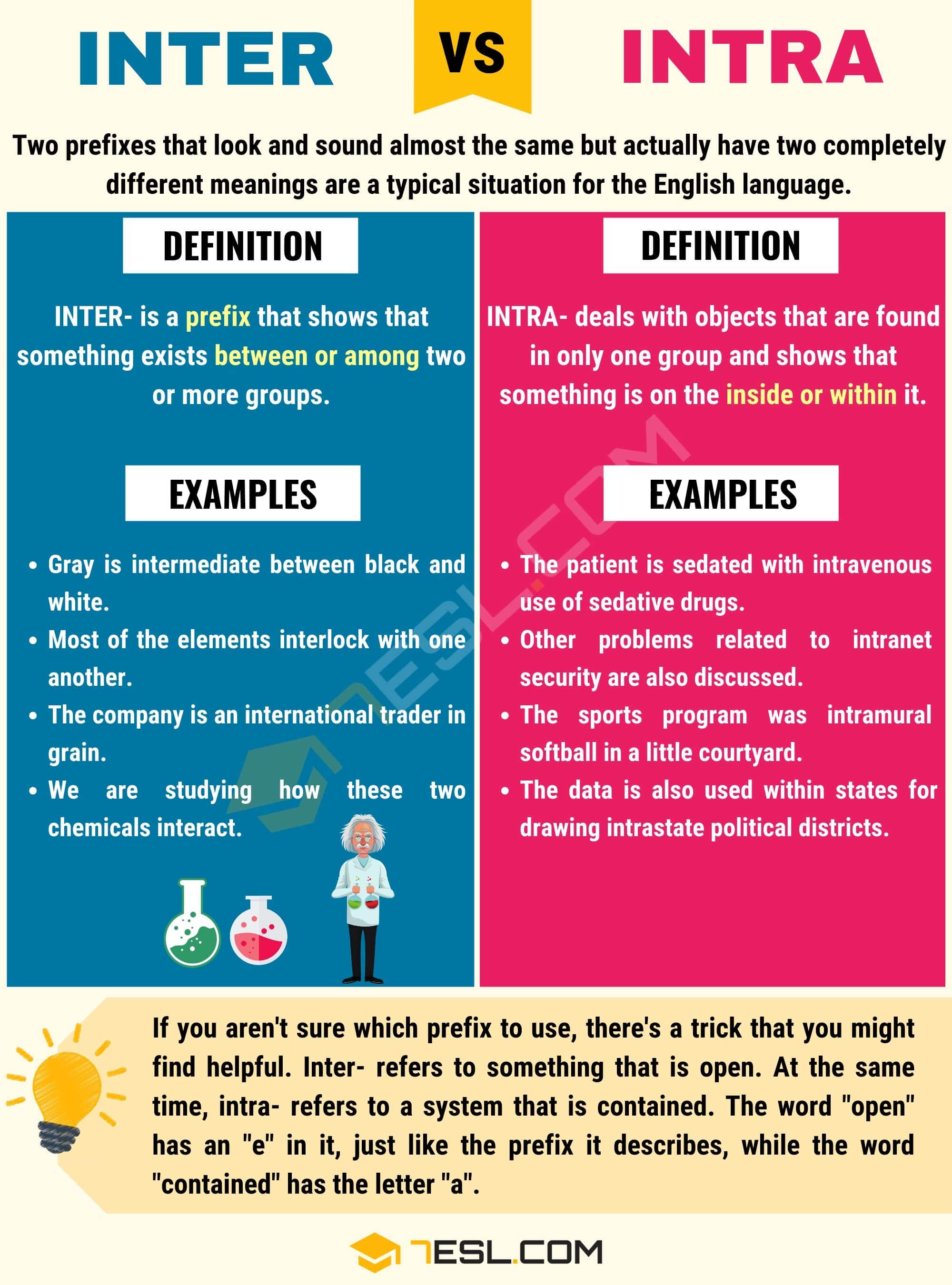