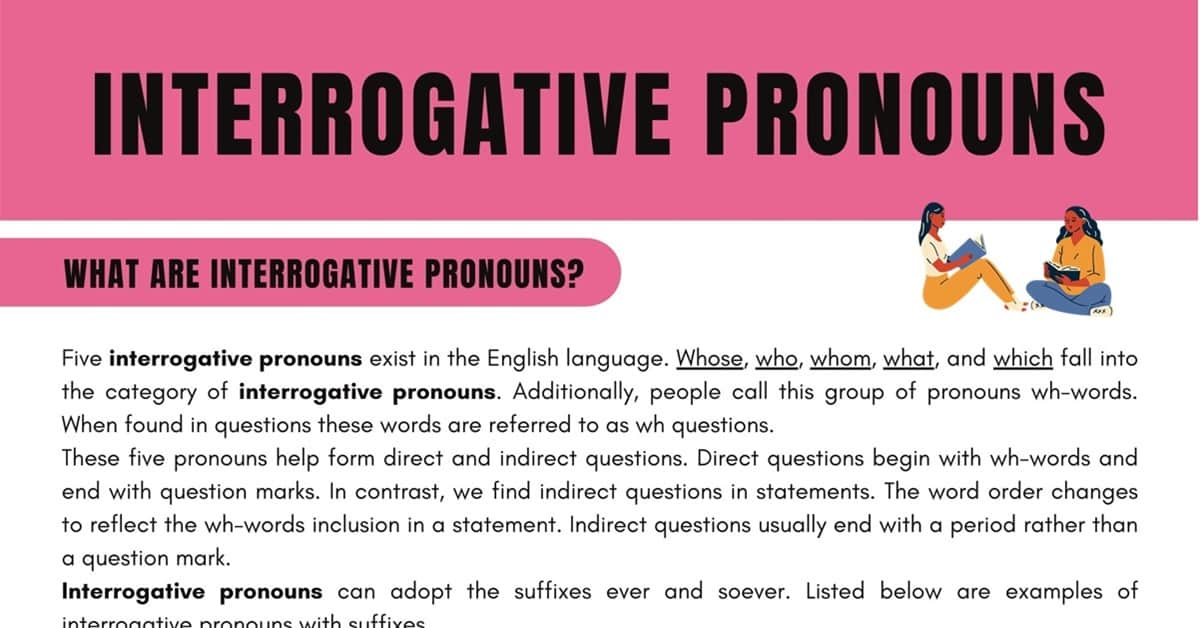 What are Interrogative Pronouns?

Whose can suggest a person or an object, but it always indicates possession. In other words, whose infers belonging or ownership of something or someone. Besides, we can use whose as a pronoun or a noun head.

What is a versatile interrogative pronoun. It can refer either to a person or an object. Also, it can head a noun or act as a pronoun. We use what when asking a question that has a large spectrum of possible answers.

The interrogative pronoun which can reference an object or person. It can function alone or operate as a noun head. We use this wh-word to ask for specific information when a limited range of options exist.

Who references human beings. It works exclusively as a pronoun. 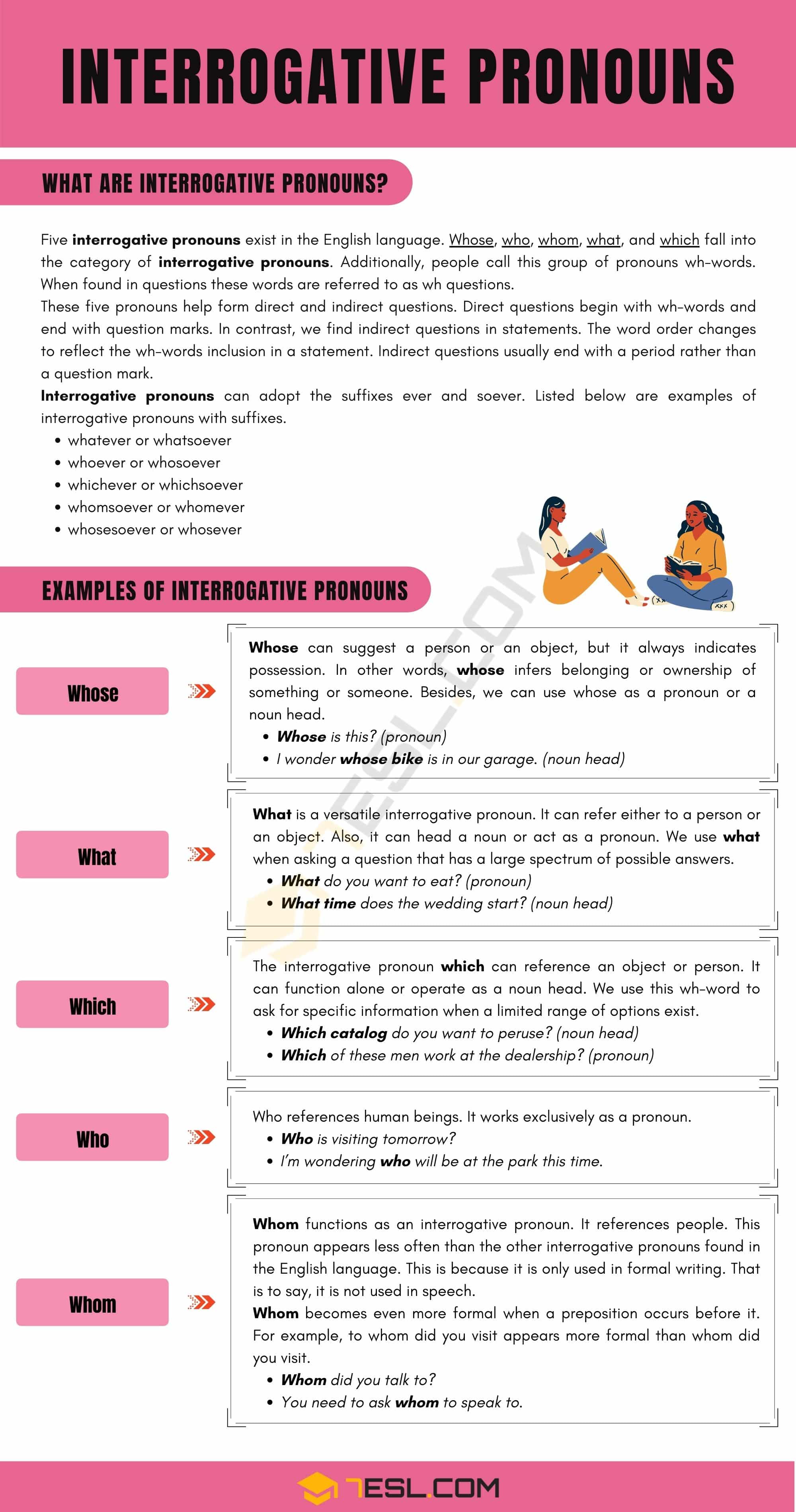 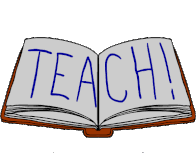 i can’t i should learn more