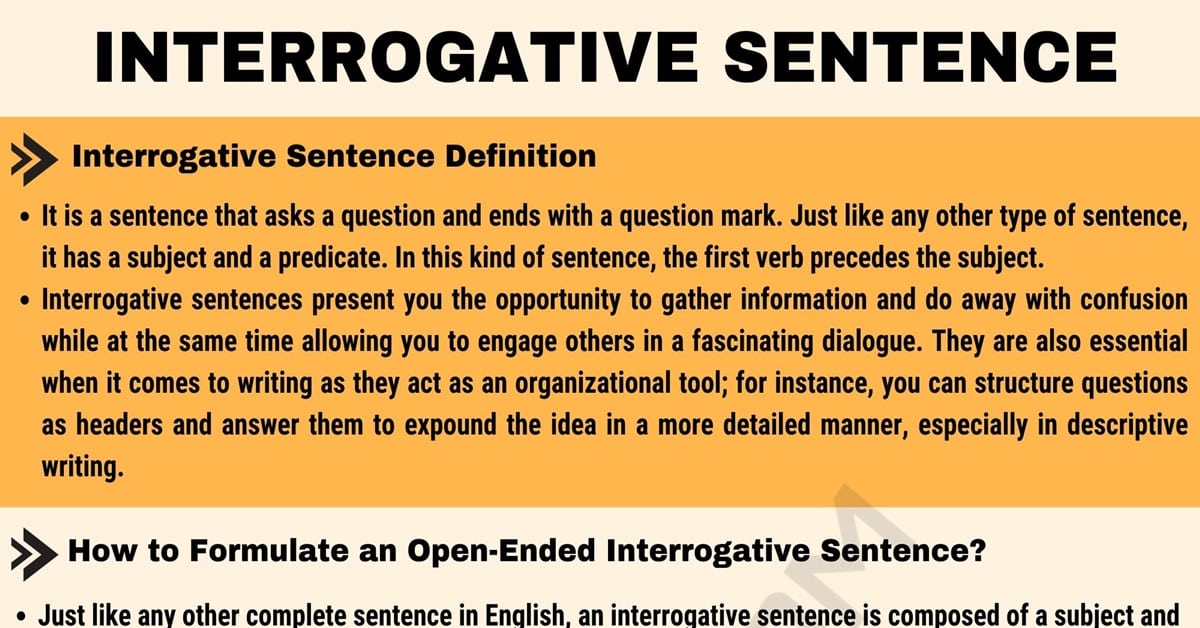 What is an Interrogative Sentence?

It is a sentence that asks a question and ends with a question mark. Just like any other type of sentence, it has a subject and a predicate. In this kind of sentence, the first verb precedes the subject.

Interrogative sentences present you the opportunity to gather information and do away with confusion while at the same time allowing you to engage others in a fascinating dialogue. They are also essential when it comes to writing as they act as an organizational tool; for instance, you can structure questions as headers and answer them to expound the idea in a more detailed manner, especially in descriptive writing.

How to Formulate an Open-Ended Interrogative Sentence?

Just like any other complete sentence in English, an interrogative sentence is composed of a subject and a verb. The only difference is that the verb precedes the subject. An example of this is:

Here “venue” is the subject, and “is” is the verb. The verb preceded the subject in a straightforward question.

Open-ended questions in English start with a “question word.” For example, who, when, how, what, where, why, whom, among others.

In most cases, an interrogative sentence needs a helping verb. In such scenarios, the subject comes in between the main verb and the helping verb. For instance:

In the first sentence, the subject “James” is fitted in between the helping verb “did” and the main verb “wake up.” This is usually the case with direct questions.

Other Forms of Interrogatives

These questions are supposed to be answered with a positive or negative. The verb comes before the subject. For example:

They are “or” questions that are intended to offer multiple options in the context of the question. 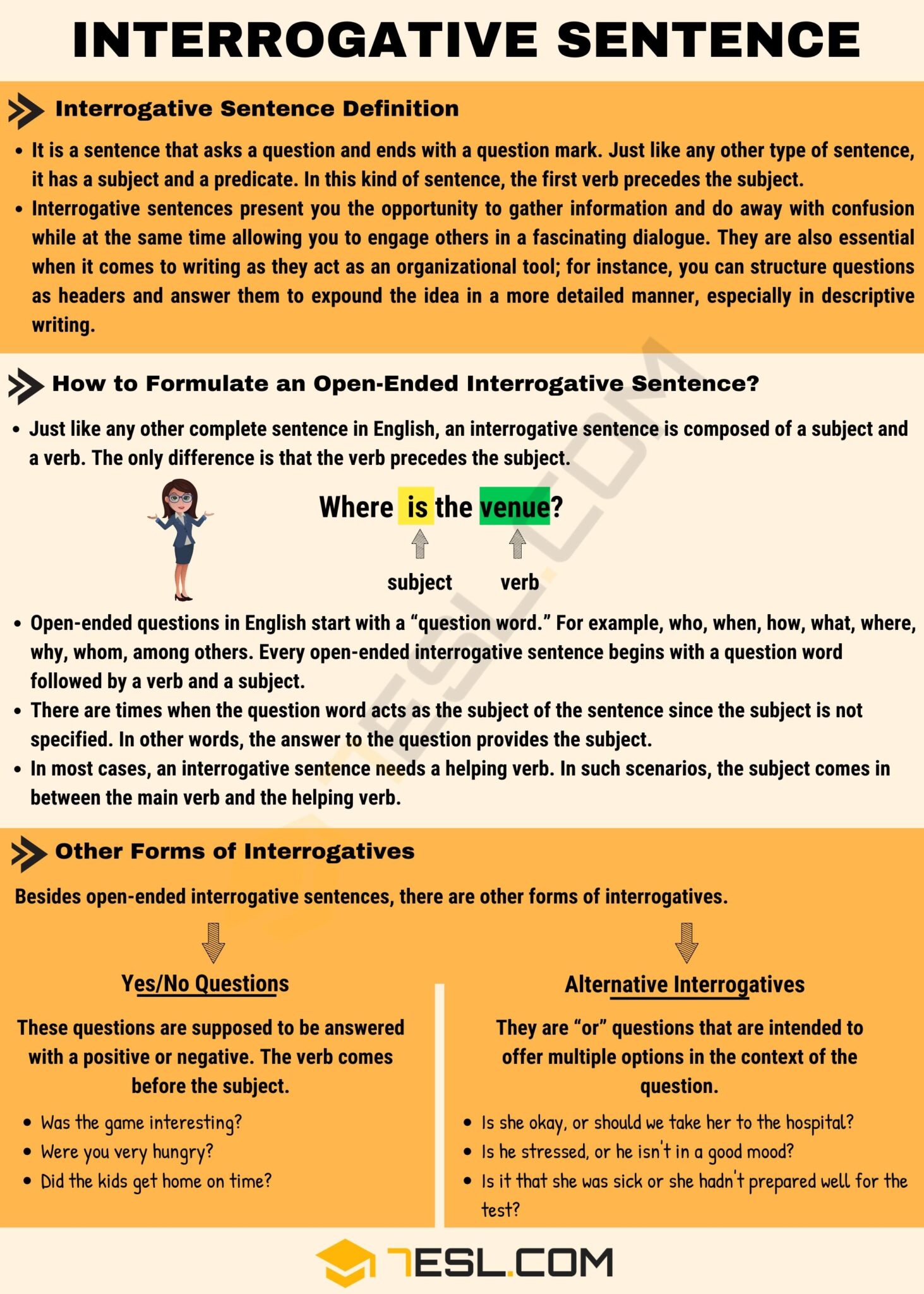