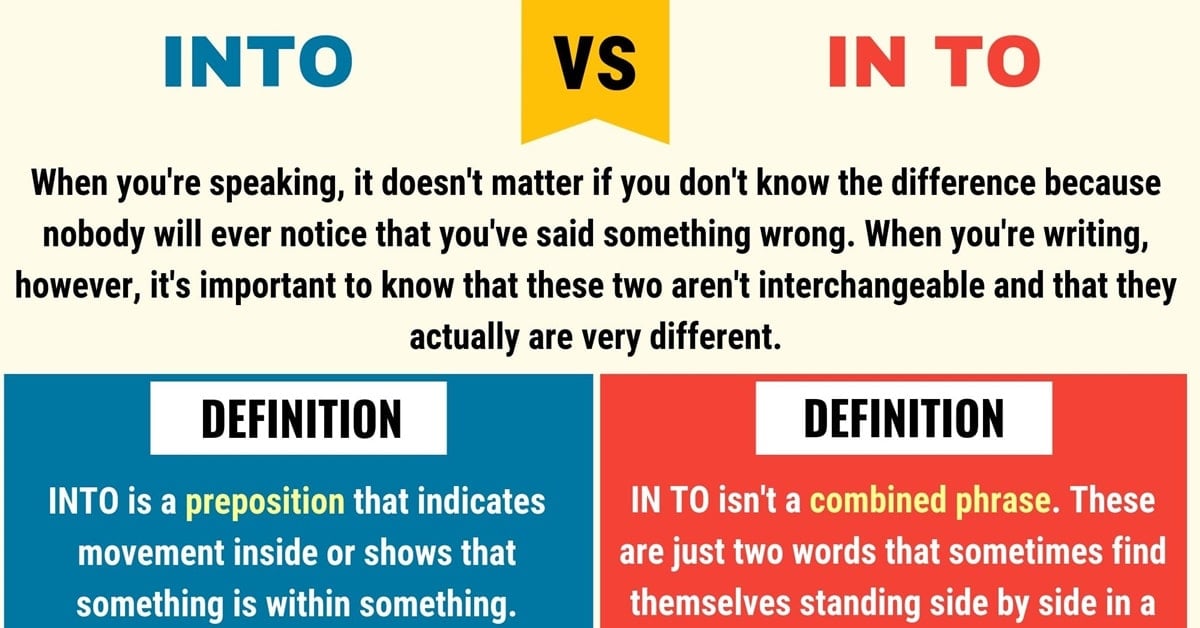 Into vs. in to! As if words that look and sound almost alike weren’t enough, the English language also has examples of words that are exactly the same, but the one is spelled like one word and the other as two. “Into” and “In to” is one example. When you’re speaking, it doesn’t matter if you don’t know the difference because nobody will ever notice that you’ve said something wrong. When you’re writing, however, it’s important to know that these two aren’t interchangeable and that they actually are very different.

Into vs. In to

INTO is a preposition that indicates movement inside or shows that something is within something. IN TO, on the other hand, isn’t a combined phrase. These are just two words that sometimes find themselves standing side by side in a sentence. In many cases, “in” is the part of a phrasal verb, while “to” simply follows it.

When to Use Into or In to

What about the sentence, “James dropped in to say hello”? Here, James isn’t going inside of something, and this is why in to are two words, not one. It’s also possible to rephrase this sentence and say, “James dropped in, in order to say hello”. If you can squish “in order” between “in” and “to”, then certainly you should spell them as two separate words.

In the modern world of technology, you can “tune in” to your favorite radio station or “log in” to a website that you find interesting. In both these cases, “in” and “to” are two neighboring words that don’t need to become one.

There’s also one exception that you should be aware of because there’s one time when into doesn’t have to do with going inside or within, but still has to be spelled as one word. This is when you’re talking about a change or a transformation. For instance, when you say, “Cinderella’s coach turned back into a pumpkin”, “into” is one word.

Into vs. In to Examples

Difference between Into vs. In to | Picture 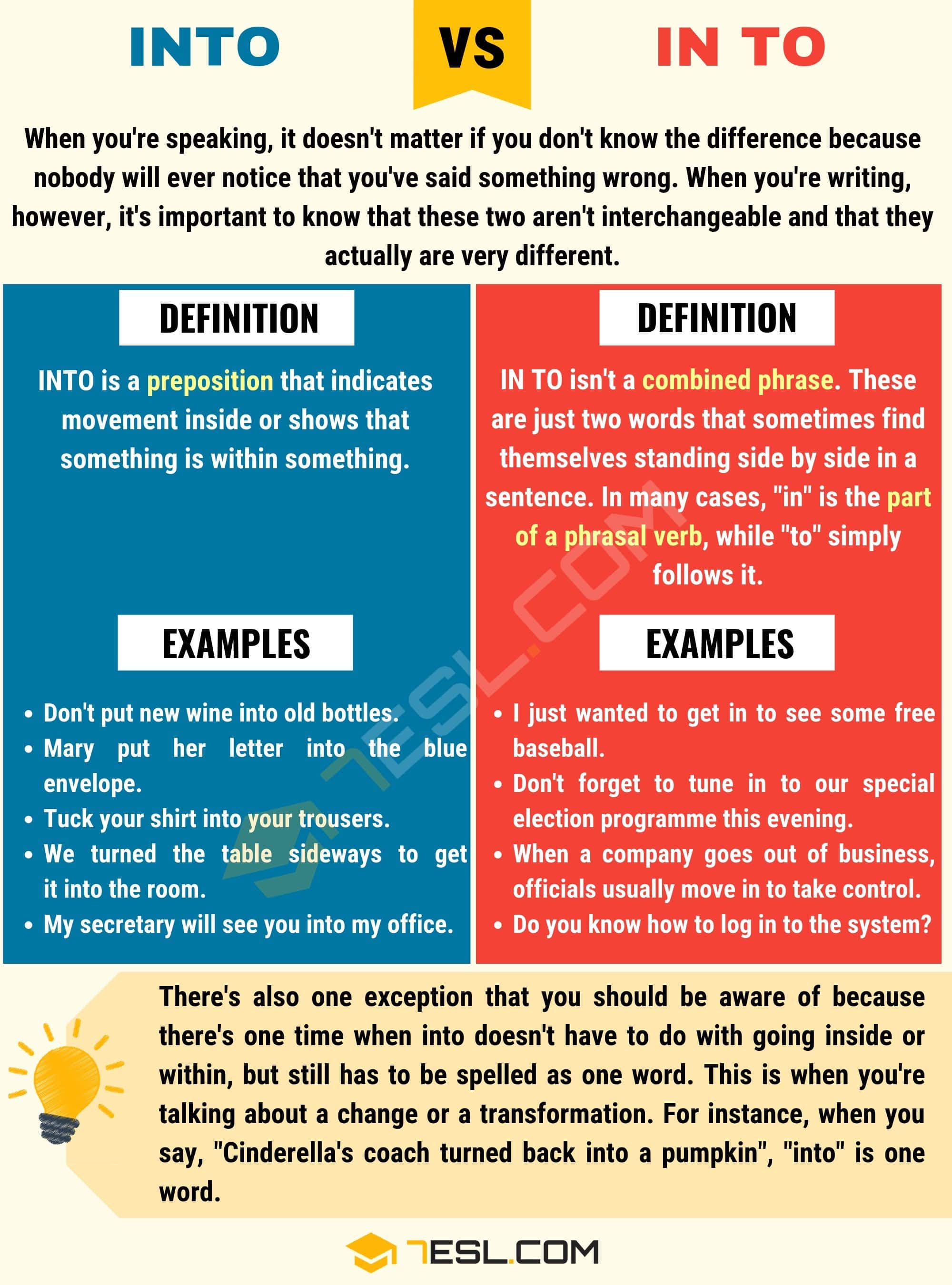