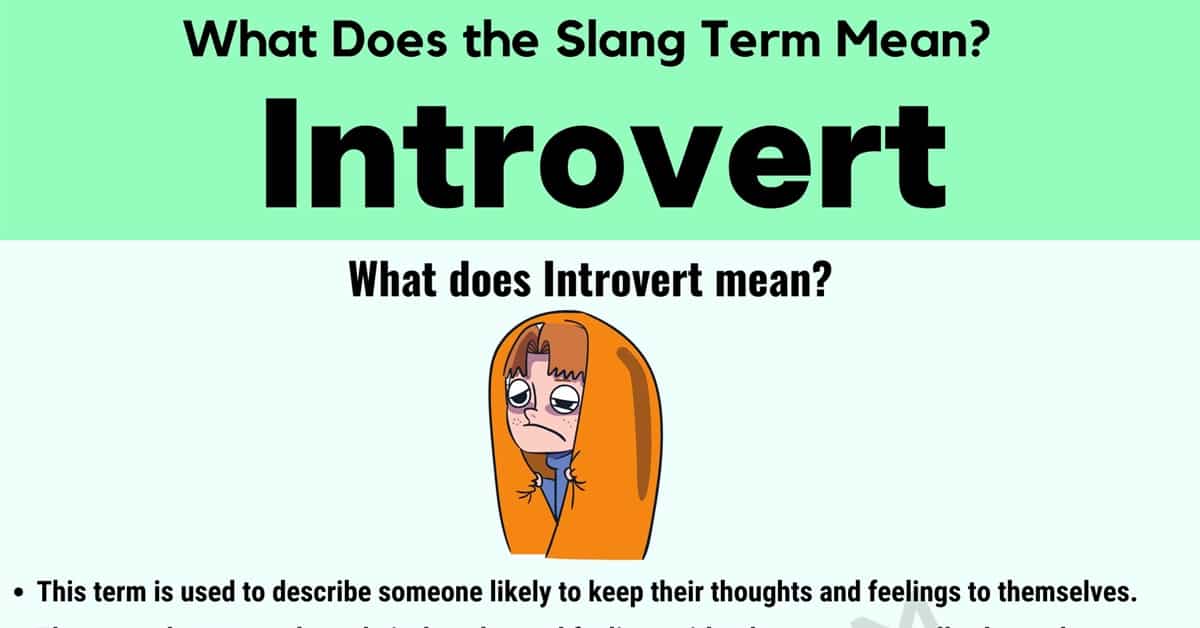 If you have encountered the word “introvert” during conversation either online or face-to-face and were thinking it is a slang term, then you would be incorrect. This term is not a form of slang at all and is a widely used term in one field of medicine. Here you will find the real meaning of this term, learn about its origin, and find some other meanings if there are any.

Conversation examples are provided here as well for you to see how the term is used properly in everyday usage and to gain a better understanding of the term itself. Finally, you will see some other words that you can use interchangeably as a substitution for this term that will keep its same meaning intact.

What Does Introvert Mean?

This term has been used since the 17th-century and was derived from the Latin word “introvertere.” It is a portmanteau of two words with “intro” meaning “to the inside” and the word “vertere” which means “to twist or turn.” It is widely used as a term in the field of psychology to describe a part of a person’s personality and how they behave with others.

There are several words that you can use in place of this term that would not change the meaning of this original word. Some other words you could use in its place include: 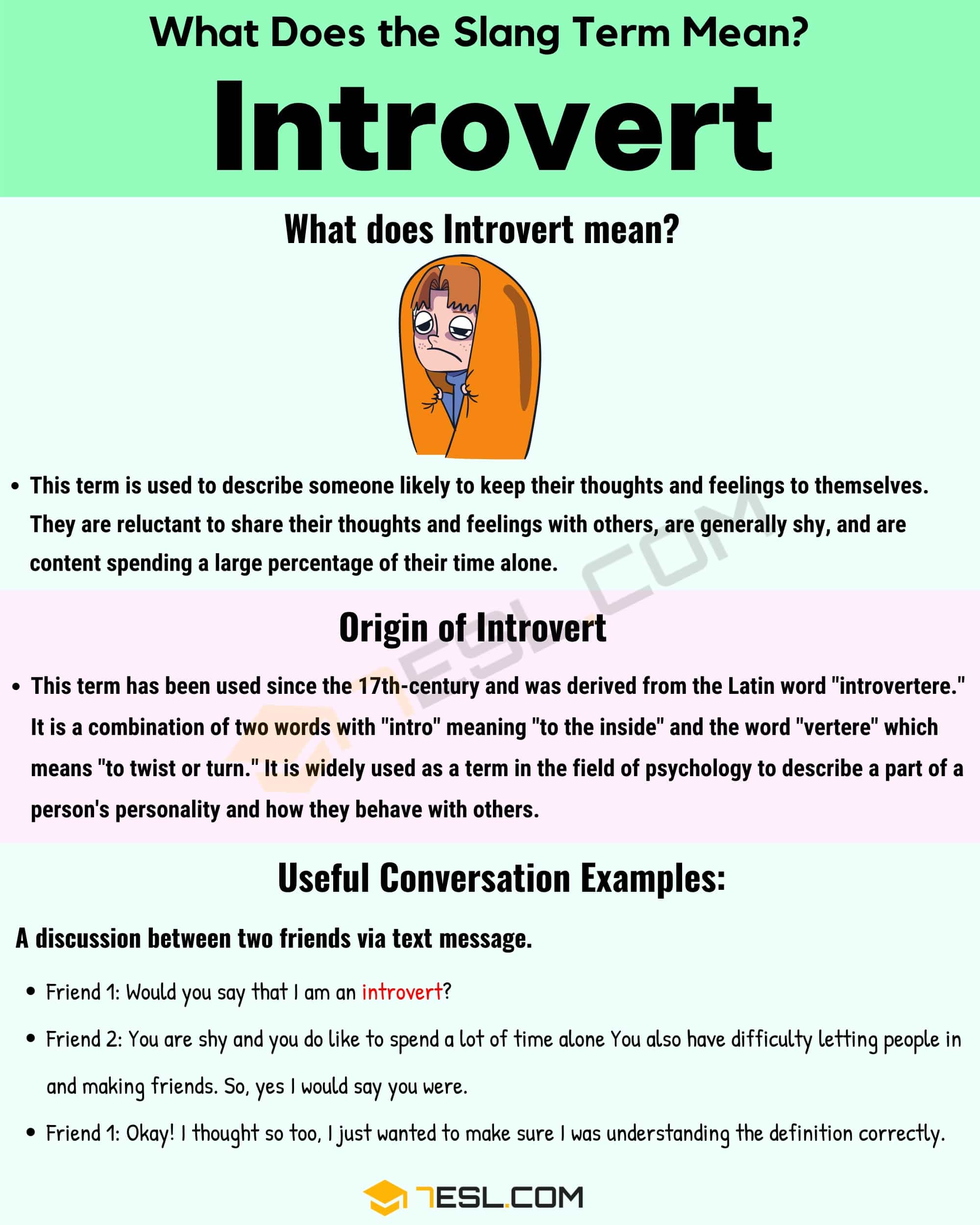 You guys REALLY need to research better. Most of this is generalization of how a somewhat withdrawn introvert can behave, and not really anything else besides how the word came to be. Please don’t spread misinformation about introverts, there is already to much about being an introvert means being shy or withdrawn, which is how the most notable introverts behave. Not most but the most notable usually are, quite a few introverts are actually really outgoing

Apologies for the rant, i was just a little pissed of.