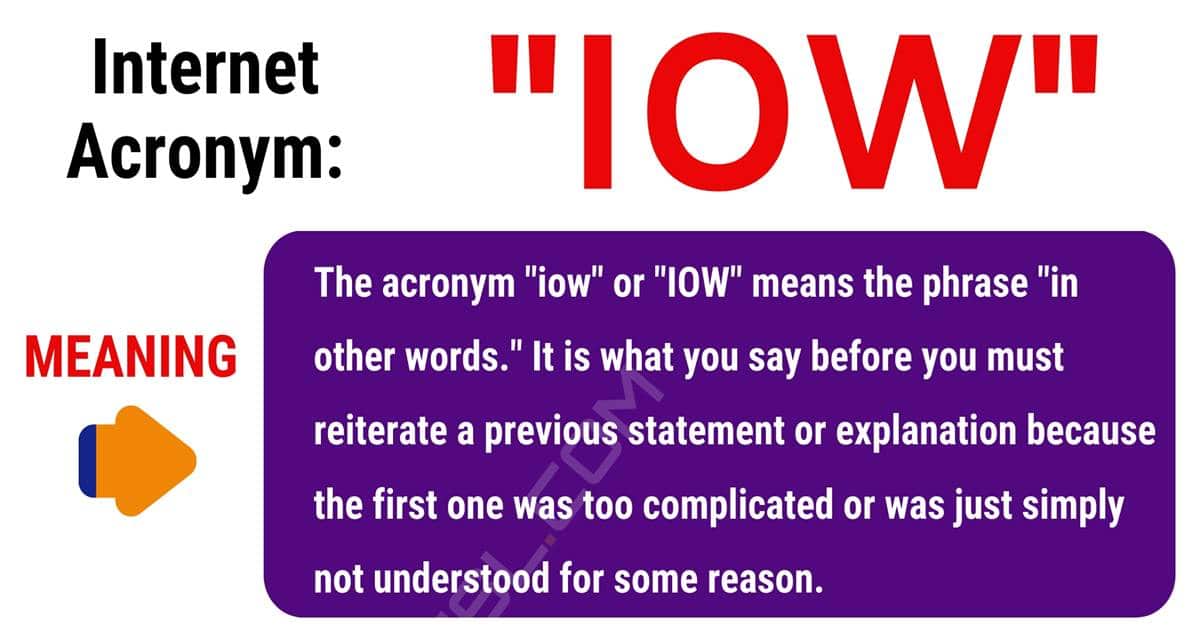 Acronyms have become a common staple for online communication and text messaging. In the article below, you will find the meaning of this acronym, information about its origin if available, and other possible meanings of the “iow” acronym, You will also see the acronym used properly in example conversations and explore some suggestions about how to say the phrase associated with the acronym in alternative ways to convey the same meaning.

What Does IOW Mean?

The acronym “IOW” means the phrase “in other words.” It is what you say before you must reiterate a previous statement or explanation because the first one was too complicated or was just simply not understood for some reason.

“In other words” is an idiomatic phrase that has been used for years before the popularity of the internet or text messaging. However, no specific origin information regarding its etymology is available. The term was carried over to online and texting communication as they grew in popularity and was shortened to the acronym “IOW” for convenience.

Currently, there are no other meanings of the acronym “IOW” that are known.

A text exchange between two friends talking about school.

Other Ways to Say “IOW”

There are several ways you can say “iow” and convey the same meaning. Some alternatives to this acronym include: 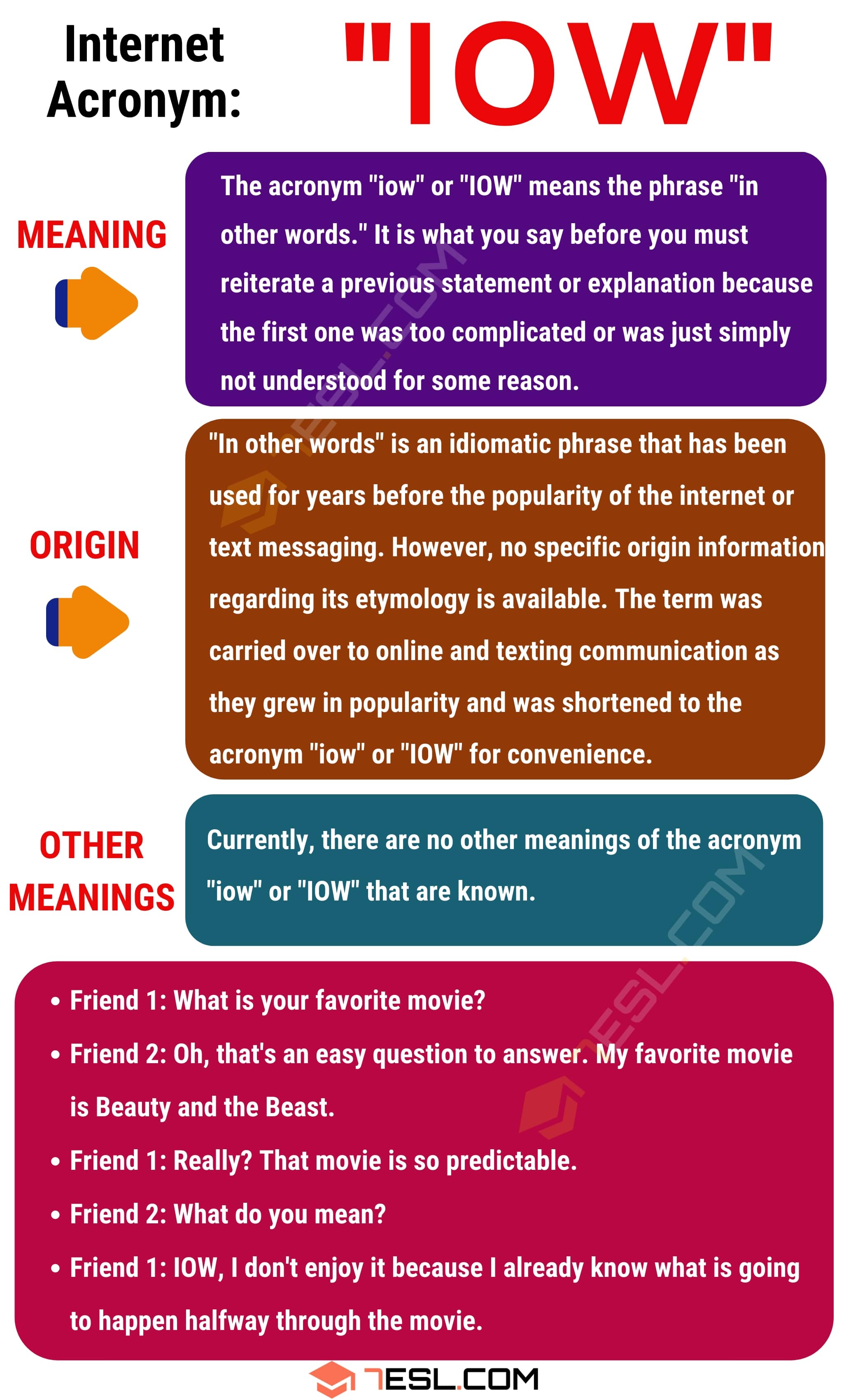