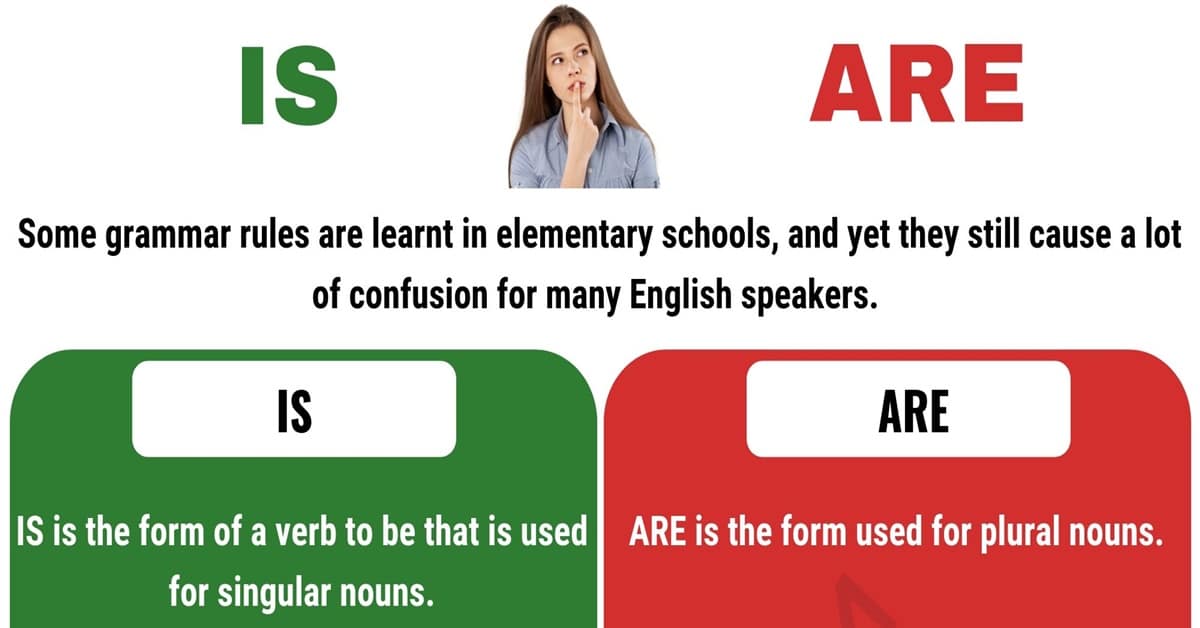 Is vs. are! Some grammar rules are learnt in elementary schools, and yet they still cause a lot of confusion for many English speakers. This might happen because certain words are misused in popular songs, movies, and TV-shows, and everyone who listens to this music or watches these films cannot help getting confused occasionally. This is something that can happen in a text message without anyone noticing but in formal writing, it is unacceptable. For example, there is no way that is vs. are can be confused in an essay, a research paper, or a formal email. Read on to know how to avoid making such a mistake.

But what happens with collective nouns? Collective nouns are those that, even though describing a group of people, are still singular. An example is the noun team: a team consists of many players, and yet this is a singular noun. Because it’s singular, you still need to use is with it. Other examples would be sentences like “A couple is buying a new fridge” and “The committee is having a meeting right now“.

Sometimes, however, you can see an are after a collective noun. This can happen in American English if the writer wants to emphasize that this collective noun refers to more than one person. For instance, you might come across a sentence, “The couple aren’t being honest with each other“.

The English language also has mass, or uncountable nouns. These, as their name suggests, can’t be counted. For example, you can’t say that you have “two waters” or “two moneys”: these are two examples of mass nouns. They are followed by is in both British and American English, So, you would say, “Water is necessary for people to live” and “Money is the root of all evil”.

Now, what about phrases, such as a number of, a pair of, a group of?

Here, it might not be as obvious or as easy as it seems. With a number of, even though “number” is singular, it’s best to use are, e.g. “A number of students are reading this book now“. Other phrases, such as a group of, can take both is and are, depending on what you want to emphasize on. If your emphasis is on the group, then you should choose is, e.g. “This group of teachers is inspirational“. But when your emphasis is on individuals, you should go for are, e.g. “A bunch of teachers are changing their workplace this year“. Finally, with a pair of, it’s best to use is, e.g. “This pair of shoes is the last one“.

There Is vs There Are

One final thing that can cause confusion is the difference between there is and there are. To be safe and correct, look at what goes after this phrase and choose the verb according to the rules discussed previously. For example, a cat is singular, so the correct sentence to write would be, “There is a cat on the roof“. On the other hand, books are plural, so you would write, “There are many books on the shelf“. The rules of collective and uncountable nouns, as well as of collective phrases, also stay the same.

Is vs. Are Examples

Difference between Is vs. Are | Picture 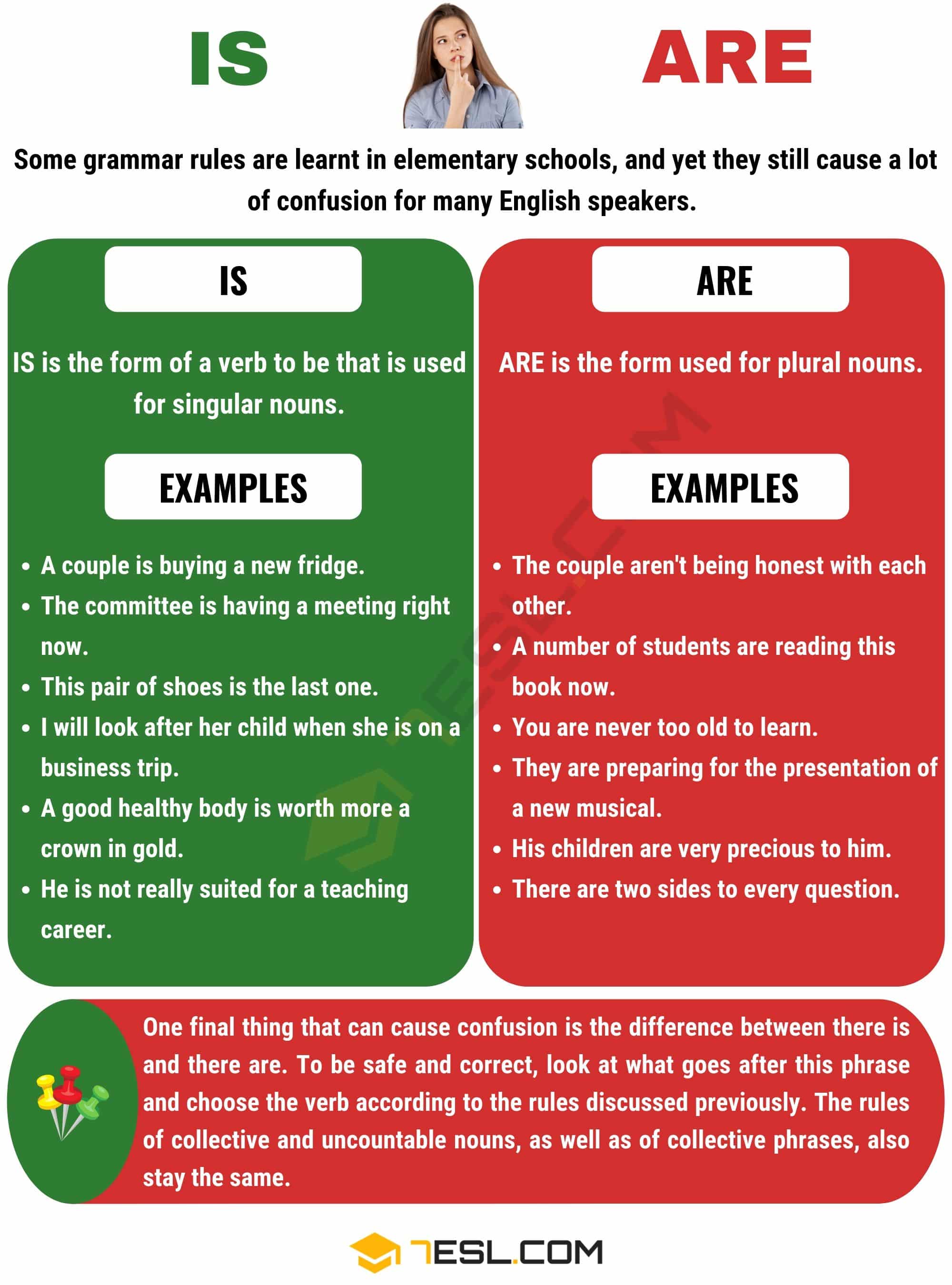 Is vs. Are: How to Use Is vs. Are Correctly?

There sure are wonderful people. People is plural so it makes it “are”.

People is a collective term, so I would say…is?

No, because this falls under the example where it could go either way, but you have to decide whether the emphasis is on the group as a whole, or as individuals. In this case, given the many aspects that can go into making up a wonderful person, we would generally assume that the group of persons, aka “people,” is being considered more as individuals. In this particular instance, this is seconded by the fact that “There sure is wonderful people” sounds really bad.

I came here because I noticed that speaker on the match Bulgaria vs Germany USA World cup ’94, when Bulgaria hit the lead 2:1 said “Bulgaria are in front”. So ,I thought he should said “is in front” because Bulgaria football team is a collective noun. I guess when someone emphasize something “are” is in use.

“Is” here, because the team is being considered as one functioning unit at that moment, I would say.

Please help. When using a company name like TIA Adventure Safaris, will I use ‘is’ or ‘are’?

Music and dancing describes the “singular noun” game, thus, I would use is.