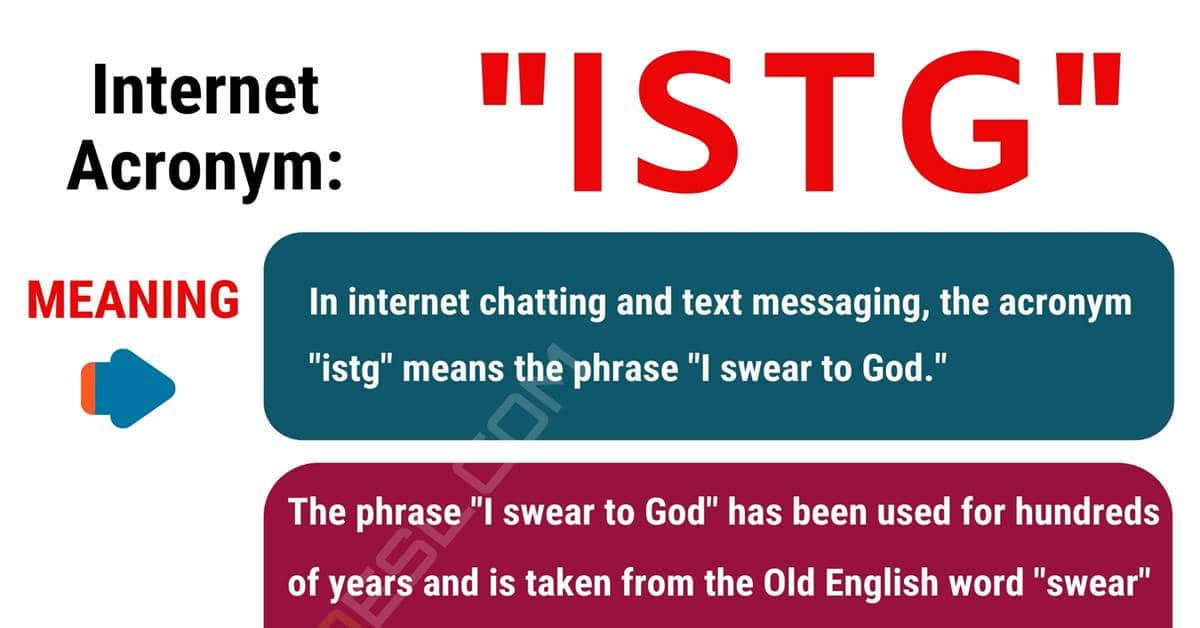 The use of acronyms is a popular way to communicate in text messages and online conversations. One of the well-known acronyms used today is “istg” or “ISTG.” Below you will find all the information possible about this acronym, including its meaning, information on its origin and other possible meanings if there are any that exist. You will also see the acronym “istg” used in a conversation properly so you will know how to use it for yourself and you will find some suggestions regarding alternative ways you can say “istg” and still convey the same meaning.

What Does ISTG Mean?

In internet chatting and text messaging, the acronym “istg” means the phrase “I swear to God.”

The phrase “I swear to God” has been used for hundreds of years and is taken from the Old English word “swear” which means an oath. The phrase translates to an oath or promise to God, which is not to be taken lightly for fear that the person saying it would go to hell if they were lying. The phrase was carried over to chatting and texting when they grew in popularity and shortened to the acronym “ISTG” for convenience.

There are currently no other known meanings of the acronym “ISTG.”

Other Ways to Say “ISTG”

There are many ways you can say the acronym “istg” to convey the same meaning. Some of these include: 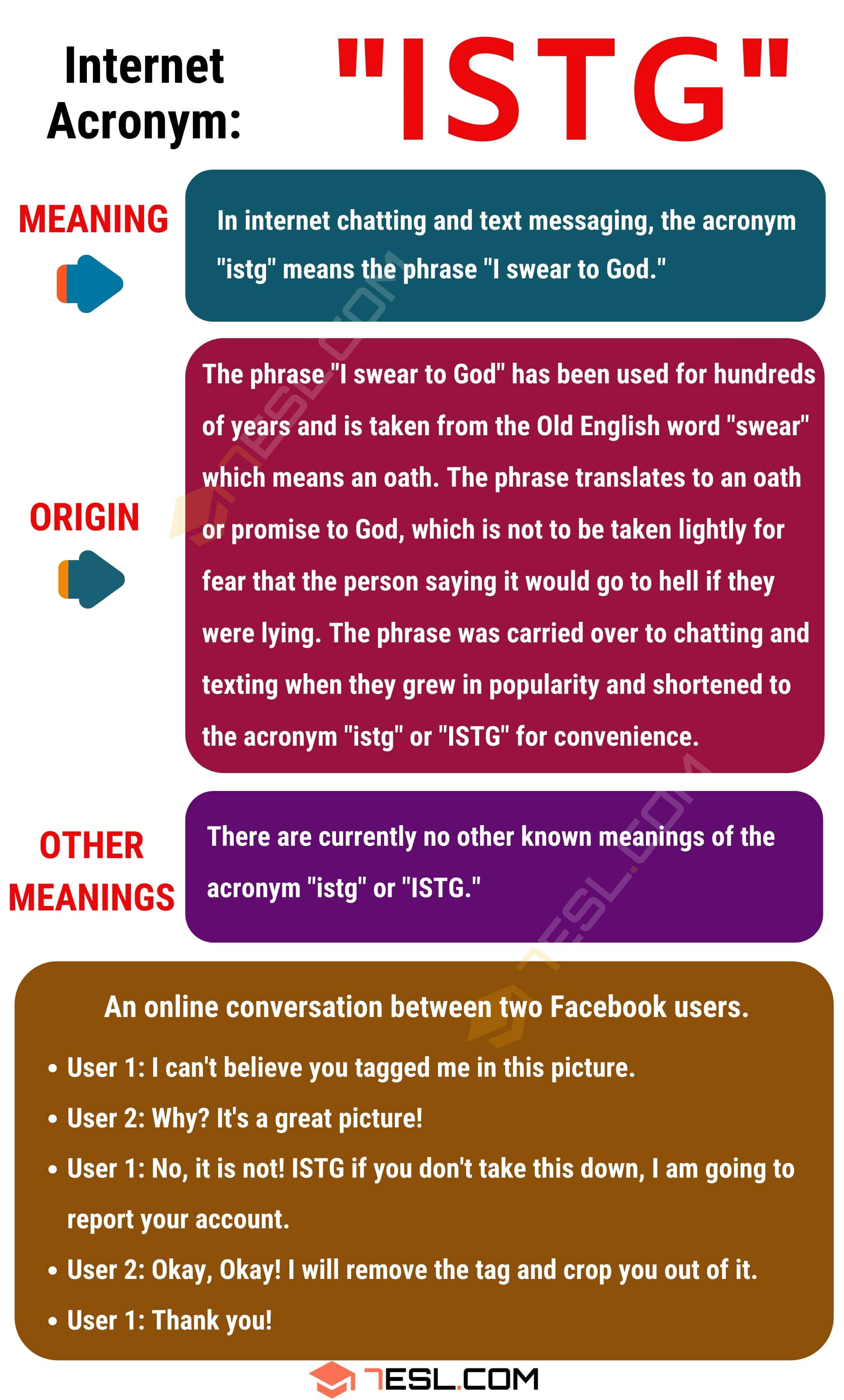