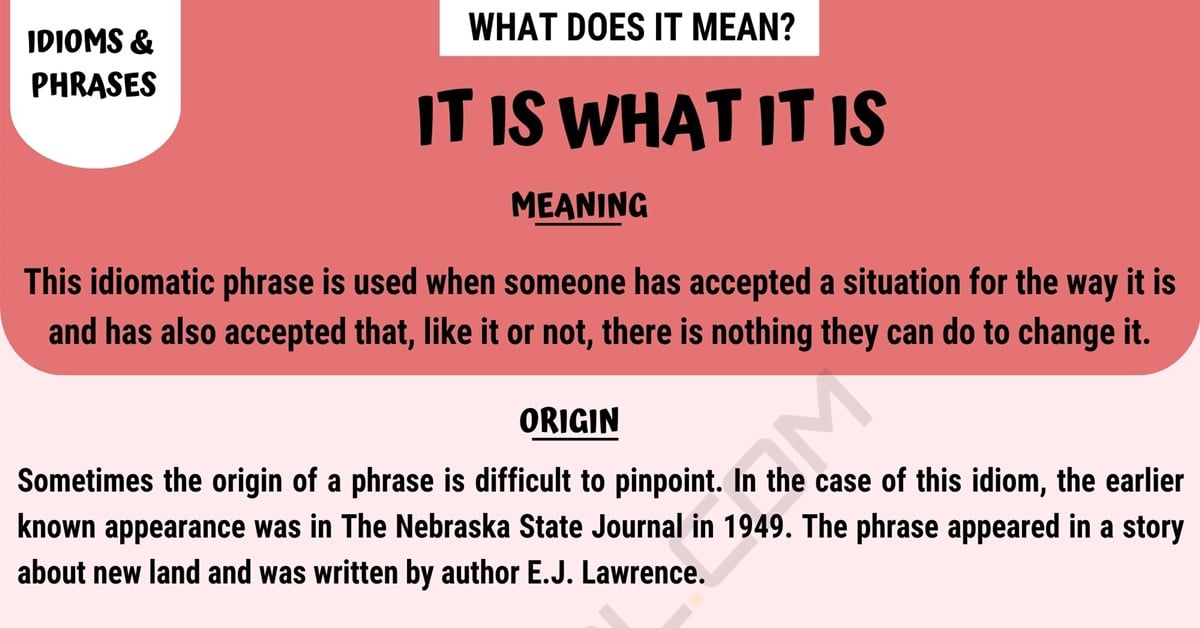 The idiomatic phrase “it is what it is” is considered by most people to be overused. However, that being said, it is still widely used today. If you heard this phrase and were wondering what IT is exactly, you are in luck and have come to the right spot. Here you will find the meaning of this term, information about its origin, and some example sentences and conversations highlighting the proper usage of this idiom. The article will conclude with some synonymous phrases that you can use in its place to relay the same message without sounding so cliche’.

It Is What It Is

It Is What It Is Meaning

This idiomatic phrase is used when someone has accepted a situation for the way it is and has also accepted that, like it or not, there is nothing they can do to change it.

Sometimes the origin of a phrase is difficult to pinpoint. In the case of this idiom, the earlier known appearance was in The Nebraska State Journal in 1949. The phrase appeared in a story about new land and was written by author E.J. Lawrence.

“It Is What It Is” Examples

“It Is What It Is” Synonyms

There are some other phrases that you could use in place of saying what some consider this cliche’ idiom. Some of the other things you could say instead include:

Meaning of “It Is What It Is” | Image 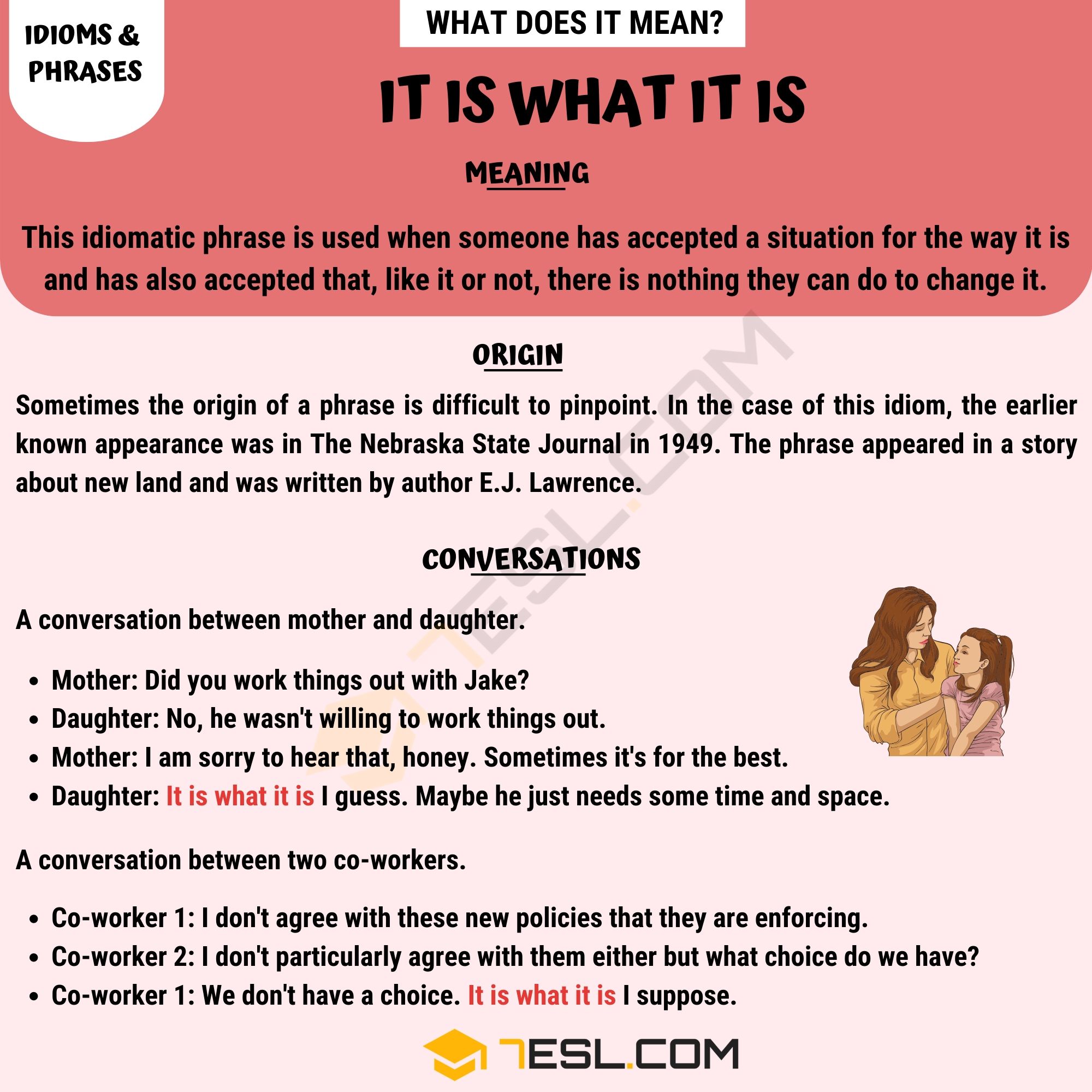 Lets get the chain started