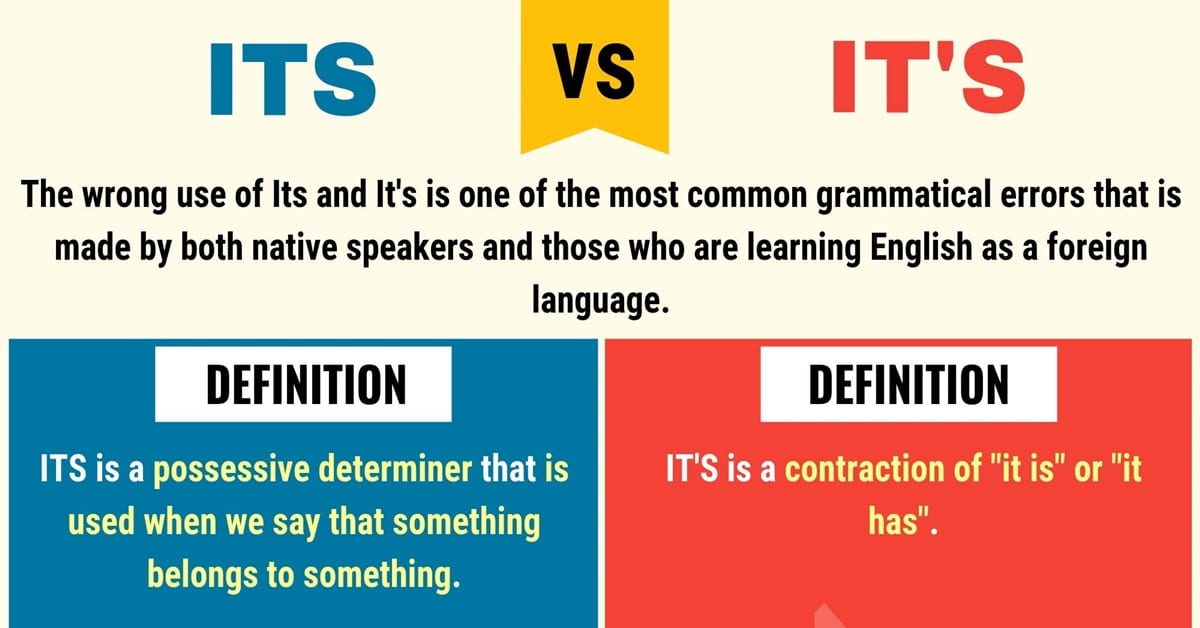 Difference between Its vs. it’s. The wrong use of “its” and “it’s” is one of the most common grammatical errors that is made by both native speakers and those who are learning English as a foreign language. However, this mistake usually occurs only because of carelessness when writing because the difference between it’s vs its is pretty simple.

Therefore, in order to solve the “c” problem, ask yourself whether you can replace the word with “it is” or “it has”. If you can, then use “it’s” without fear. If you can’t, the version without an apostrophe would be correct.

When to Use It’s vs. Its

What if you say, “I stopped reading this book because its/ it’s main character was annoying”? You can’t replace the word in question with “it has” or “it is”. Just to be completely sure, try rephrasing the sentence and saying, “I stopped reading this book. This book’s main character was annoying”. Now it is completely clear that here we need a word that shows possession, so “its” is what we are looking for.

Its vs. It’s Examples

Difference between It’s vs. Its | Picture 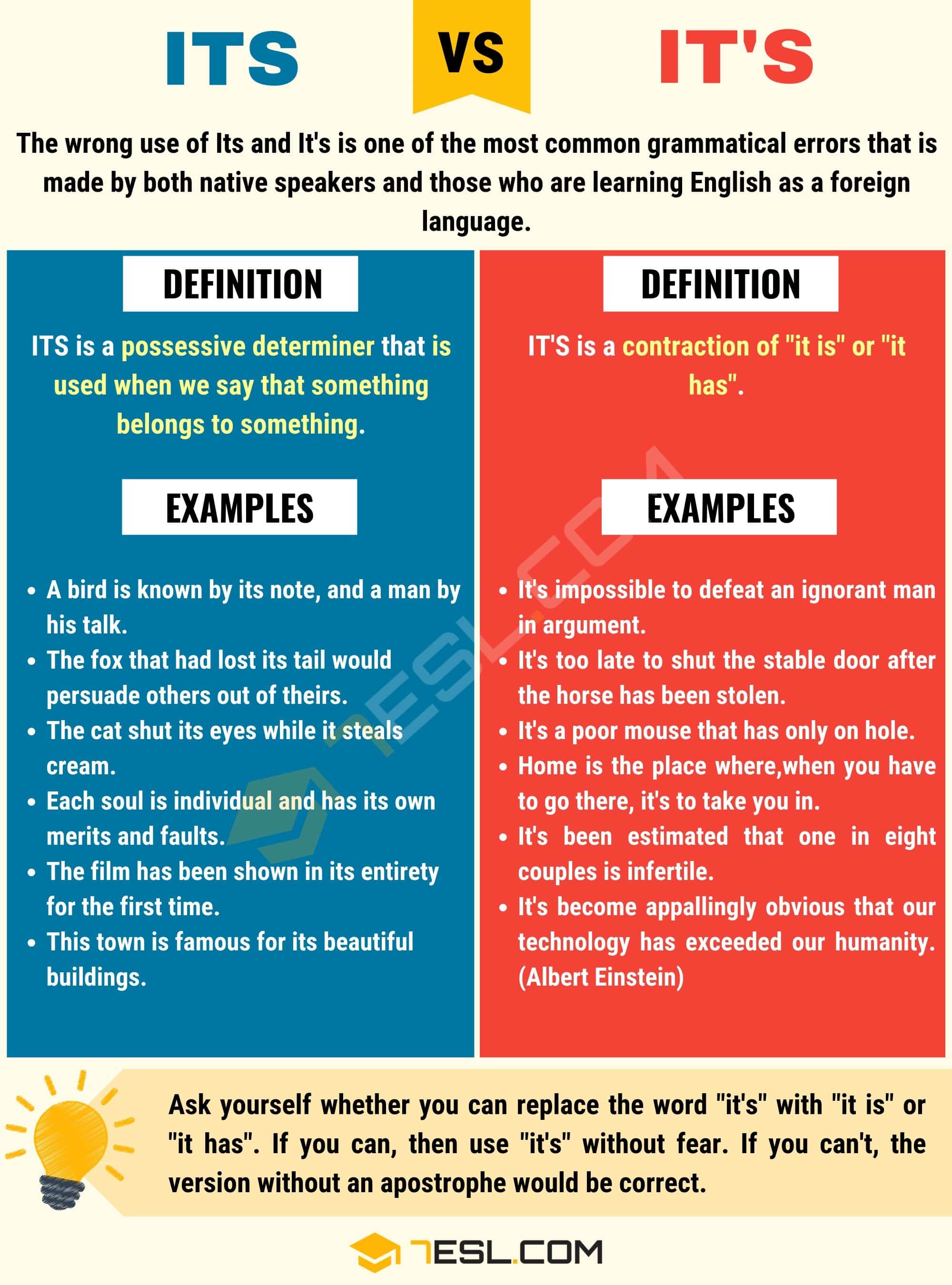