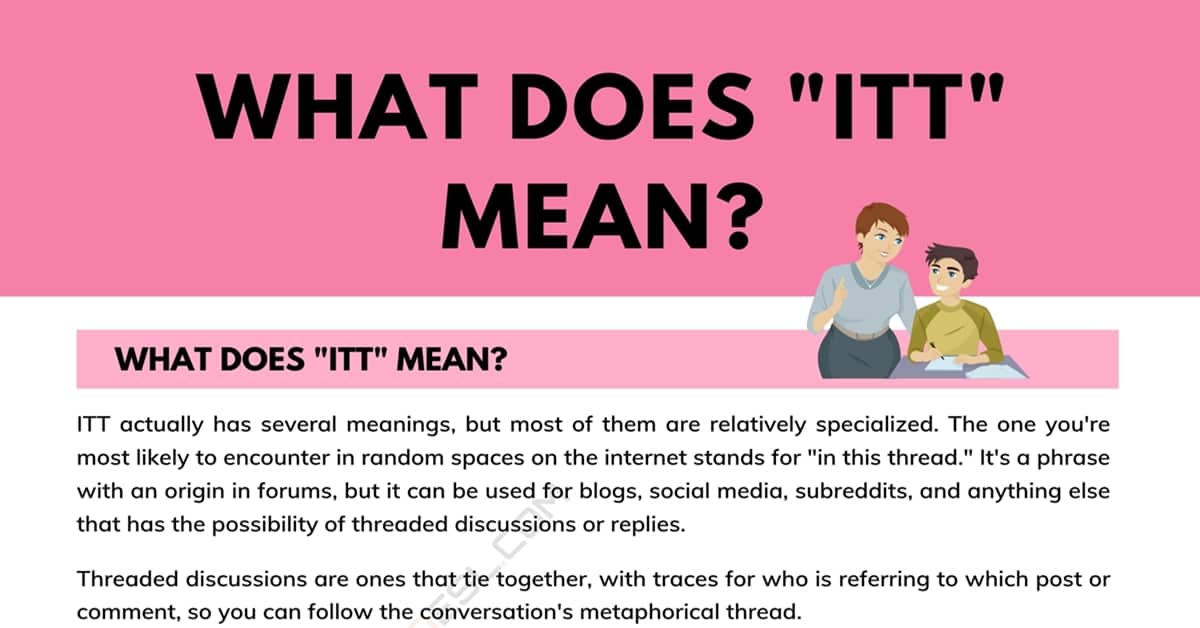 What does ITT stand for? English can be a pretty challenging language to learn. It gets even harder once you’ve learned the basics and are trying to conquer acronyms and slang. We’re here to help! This page discusses the use and meaning of the acronym “ITT”.

What Does “ITT” Mean?

ITT actually has several meanings, but most of them are relatively specialized. The one you’re most likely to encounter in random spaces on the internet stands for “in this thread.” It’s a phrase with an origin in forums, but it can be used for blogs, social media, subreddits, and anything else that has the possibility of threaded discussions or replies.

Threaded discussions are ones that tie together, with traces for who is referring to which post or comment, so you can follow the conversation’s metaphorical thread.

There are a few acronyms that are pretty close to ITT, and some of them even have related meanings. There are two that you’re fairly likely to see or hear.

IT is an acronym for Information Technology. This is used to cover many different jobs related to computers and the internet. You might hear something like, “Call IT,” if you need a computer fixed or if the internet isn’t working in your office. Most schools also have staff on site for IT issues.

IFTTT is an online service that can interface with smart devices and helps you automate things. “If This, Then That,” as the company used to be called, is one of the most popular third-party integration services.

Other Meanings of “ITT”

There are other meanings for ITT besides “in this thread,” but luckily, they’re all different enough that you’re not likely to mix them up, as long as you’re given a little bit of context.

ITT Tech was a well-known technical institute. It was one of the biggest for-profit schools in the US before it closed and still gets referenced in some circles, especially if you’re talking about education for IT degrees and other specialized degree programs.

ITT in the public sector or governmental terms refers to “invitation to tender.” Governments and large companies can put out an ITT when they want companies to bid on a chance to complete a job. For instance, the government might have an ITT looking for a new kind of computer, and the bidder who has the lowest price and can meet their terms will generally win.

When to Use “ITT”

Use ITT for “in this thread” when you’re trying to specify where something is that you’re talking about, or clarifying the limits of a post. For instance, it can be used to specify that all comments on a particular post relate to the same topic, or even just what the starting topic is for the thread. It can also be used with some sarcasm or tongue-in-cheek humor to indicate types of expected responses or that the topic itself might seem silly or contain sarcasm.

For the other uses of ITT, you’ll likely know when you need to use the acronyms since they’re more specialized and referring to proper nouns or names.

Here are some examples of how you might see ITT used.

ITT I admit to nothing.

ITT: People being upset about everything!

ITT is not a phrase generally used in actual conversation.

The best alternative to using any acronym is to write out what you’re saying, and ITT is no exception. Spelling out what you’re trying to say means there’s much less room for misunderstanding. The trade-off is that it takes a little longer to type and to read.

What Does ITT Stand for? | Infographic 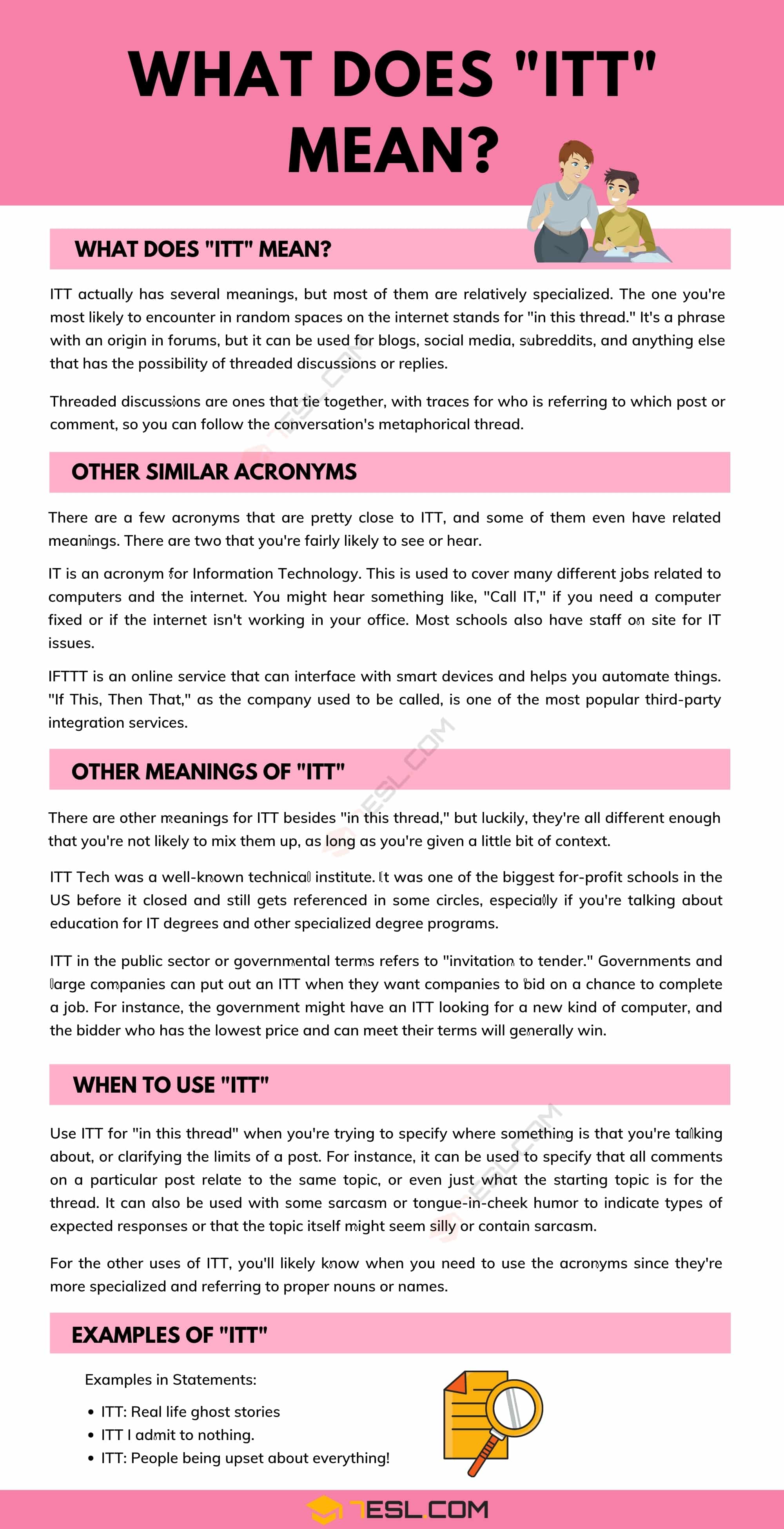