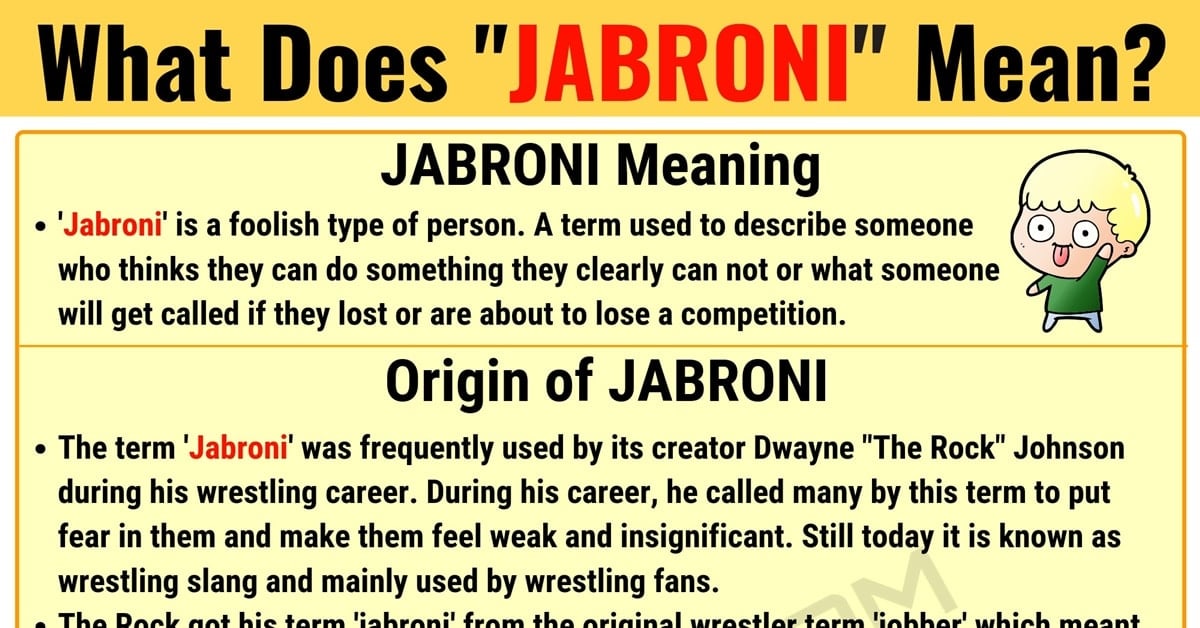 What does Jabroni mean? What is the definition of this internet slang word? Learn how and when to use this term with conversation examples and ESL infographic.

What Does Jabroni Mean?

‘Jabroni’ is a foolish type of person. A term used to describe someone who thinks they can do something they clearly can not or what someone will get called if they lost or are about to lose a competition.

The term ‘Jabroni’ was frequently used by its creator Dwayne “The Rock” Johnson during his wrestling career. During his career, he called many by this term to put fear in them and make them feel weak and insignificant. Still today it is known as wrestling slang and mainly used by wrestling fans.

The Rock got his term ‘jabroni’ from the original wrestler term ‘jobber’ which meant loser.

How you will find this internet slang word being used.

Here you have friends talking and one wants a motorcycle and the other has to remind them that they can’t even ride a bike, which is a motorcycle minus the motor. It would be a dumb foolish idea for them to buy any motorized vehicle on two wheels.

Two friends doing stupid stunts in their back yard will always result in one being called a fool and/or ‘jabroni’.

Two girl best friends fighting because one wins at a game they are playing, the loser can’t help but be a sore loser. However, her best buddy says no worries friends forever. 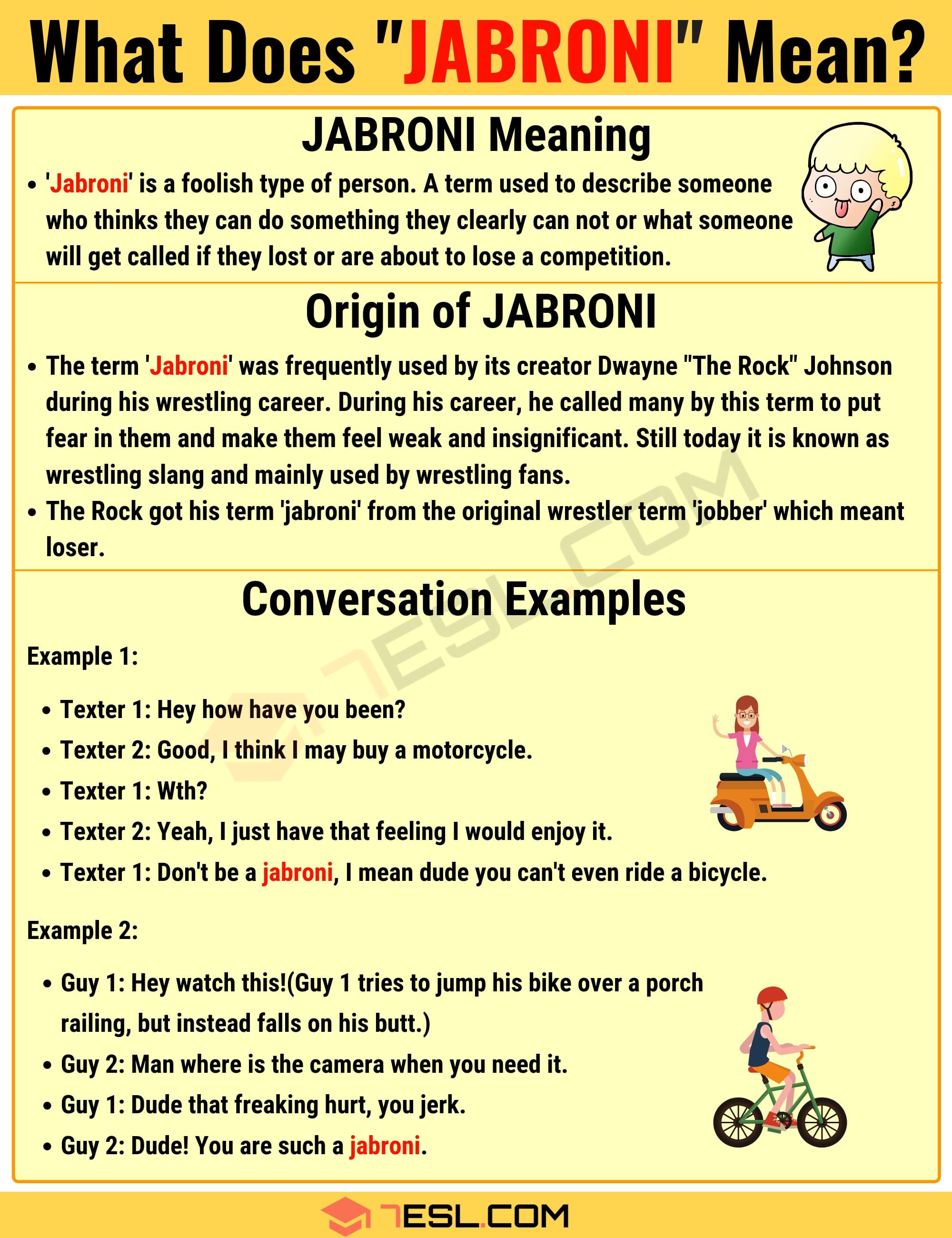