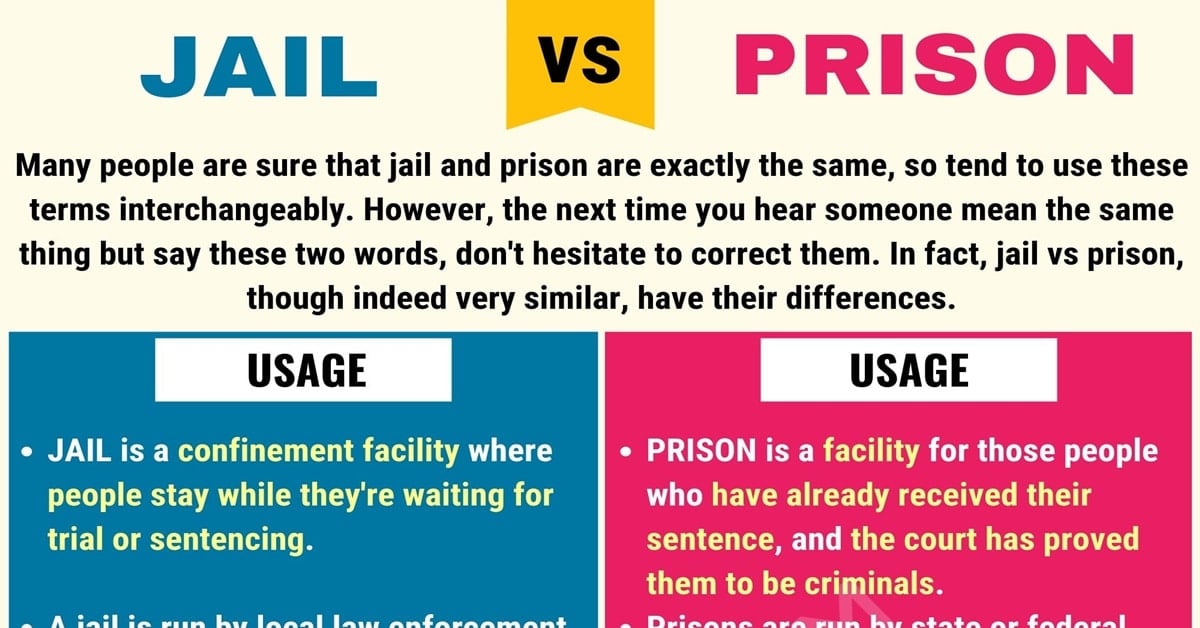 Jail vs. prison! Many people are sure that jail and prison are exactly the same, so tend to use these terms interchangeably. However, the next time you hear someone mean the same thing but say these two words, don’t hesitate to correct them. In fact, jail vs. prison, though indeed very similar, have their differences.

JAIL is a confinement facility where people stay while they’re waiting for trial or sentencing. As a general rule, a jail is run by local law enforcement, and there’s only one level of security. On the other hand, a PRISON is a facility for those people who have already received their sentence, and the court has proved them to be criminals. In contrast with jails, prisons are run by state or federal government; some prisons are run by private companies that make an agreement with the government.

Since there are more criminals and some of them can be very dangerous, there are several levels of security. Depending on the crime and some other factors, an appropriate level of security is assigned for each inmate.

Even though this doesn’t make a lot of sense, the conditions in most jails might be a lot worse than in prisons. A jail inmate who won’t be convicted or won’t even go to trial can expect to live in an enclosure that looks more like a cage, while in prisons minimum-security prisoners will get a barrack and won’t even stay behind bars. Jails aren’t obliged to provide inmates with regular exercise and fresh air, while it’s expected from a prison.

Finally, the conditions in any given jail might be even worse because of the tight budget and possible weird policies of the local government. As prisons are supposed to follow the state or the federal system very strictly, any given one won’t differ a lot from all the rest when it comes to living conditions.

Still, there’s one important thing that jails and prisons have in common: none of them are legally permitted to take the Eighth Amendment Rights to not be made to endure “cruel and unusual punishment” away from the inmates. Nevertheless, there’s no specific information about which punishment would be considered cruel and unusual, so it’s up to the court to decide on that in every given situation. In fact, imprisonment itself might be considered cruel and unusual, but only if it’s extremely disproportional to the crime that the prisoner committed.

Difference between Jail and Prison | Image 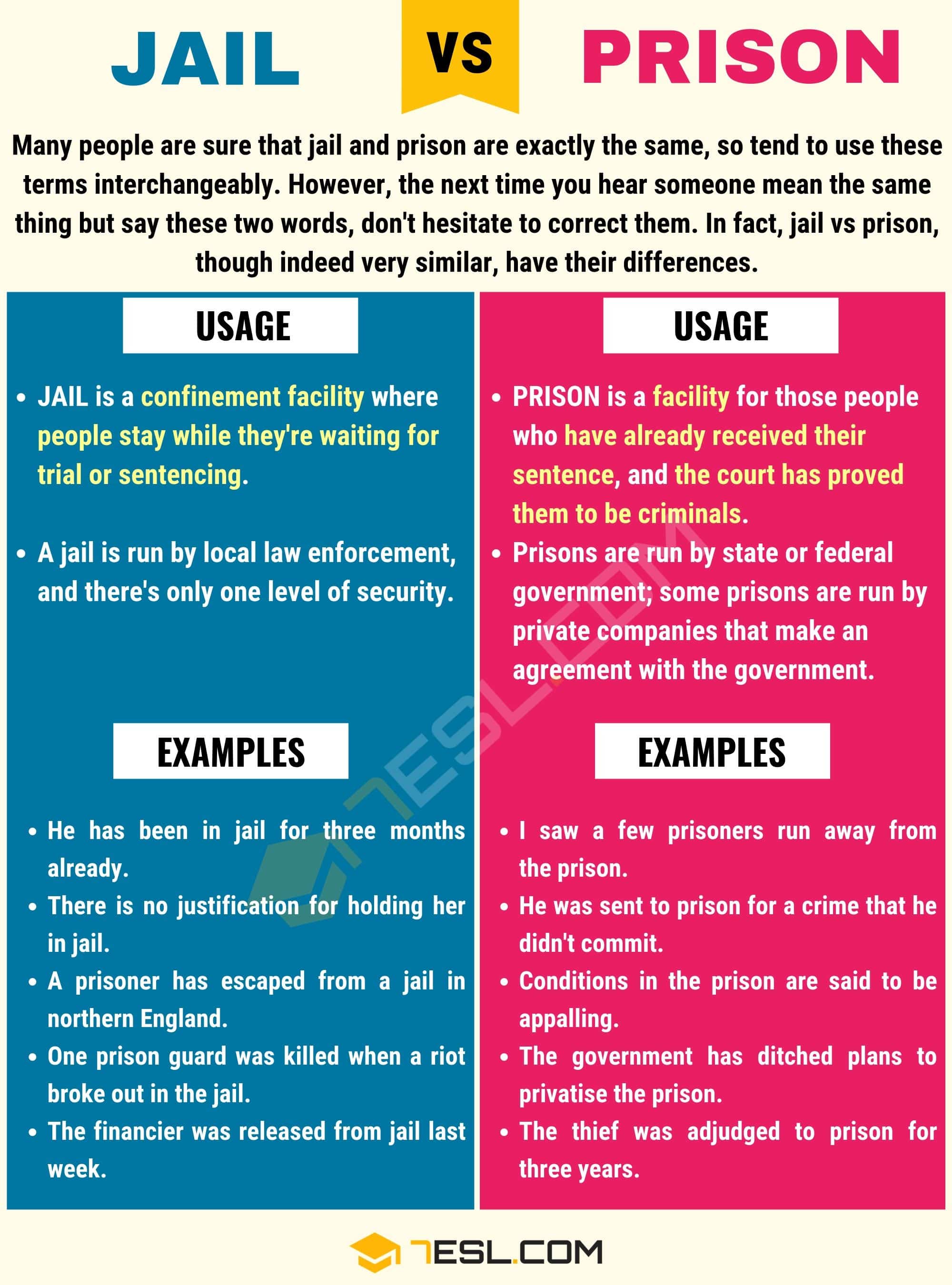 Jail vs. Prison: Difference between Jail and Prison

So jail is reserved for pre-trial only? Since these folks should be considered ” innocent until proven guilty”, shouldn’t the conditions of their incarceration be verified as befitting their condition?
Also, shouldn’t there be some process allowed so they are allowed to continue employment until the trial?
After their trial, if they are convicted, they go to prison if the offense was bad enough? It takes way too long for Justice to be served if we have that many people being locked up without a trial for a long time.
The family dislocation alone is inhumane.

Sera
Reply to  Cécile B Stelzer-Johnson

I’m no expert, but I believe if you are in jail awaiting trial, it is because they either believe you are a flight risk or that if you were to be released, you may be a danger to the public (e.g., a repeat violent offender that is arrested again). Also, if they set your bail, you couldn’t make it (not everyone is eligible for bail). However, in order to arrest someone and put them in jail, the prosecutor needs to have enough evidence on you and they already need to be ready to present their case. At that point in… Read more »