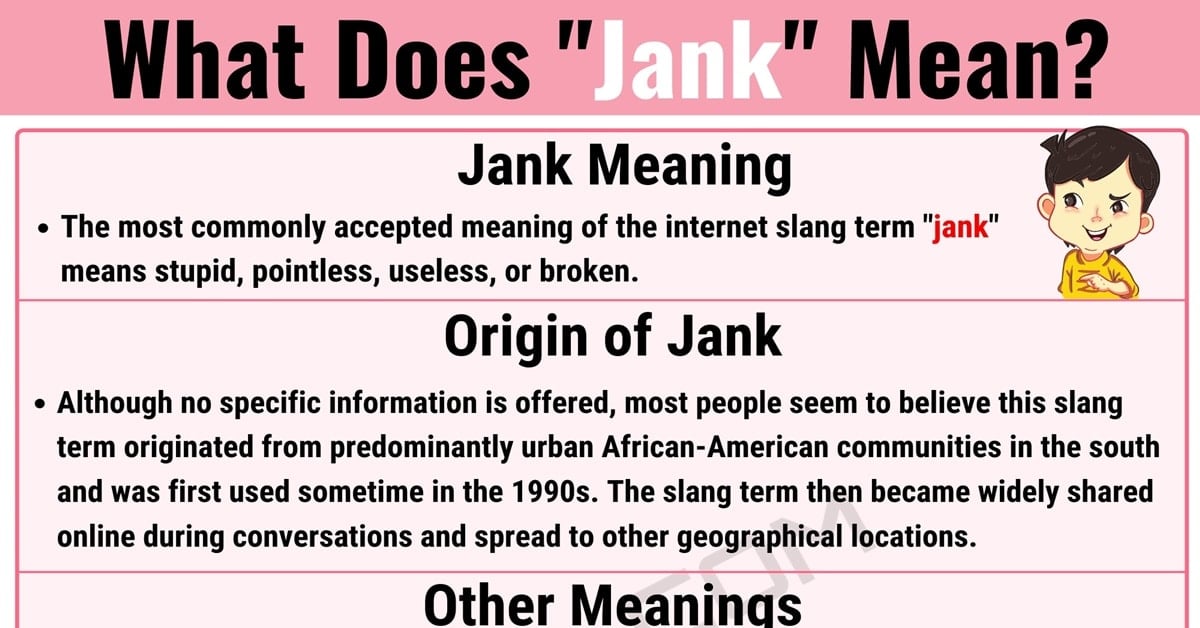 Jank Meaning! Communicating with one another on the internet using internet slang is a popular way for people to stay in touch with each other. One form of internet slang many people use is the word “jank.” This is the one-stop shop for everything you need to know about this term.

Here you will find the meaning of the term and discover if the word has any other meanings. You will also gain some information about its origin and examine the term “jank” used properly in some example conversations. Lastly, you will see other ways you could express the same meaning with other words instead.

What Does Jank Mean?

Although no specific information is offered, most people seem to believe this slang term originated from predominantly urban African-American communities in the south and was first used sometime in the 1990s. The slang term then became widely shared online during conversations and spread to other geographical locations.

The slang term is not only popular in the U.S., but in the U.K. also. In the U.K. the term has a slightly different meaning. “Jank” in this country means disgusting or gross.

A text exchange between two friends:

An online exchange between two gamers:

There are several other ways you can say the slang term “jank” to express the same meaning. Some of these include: 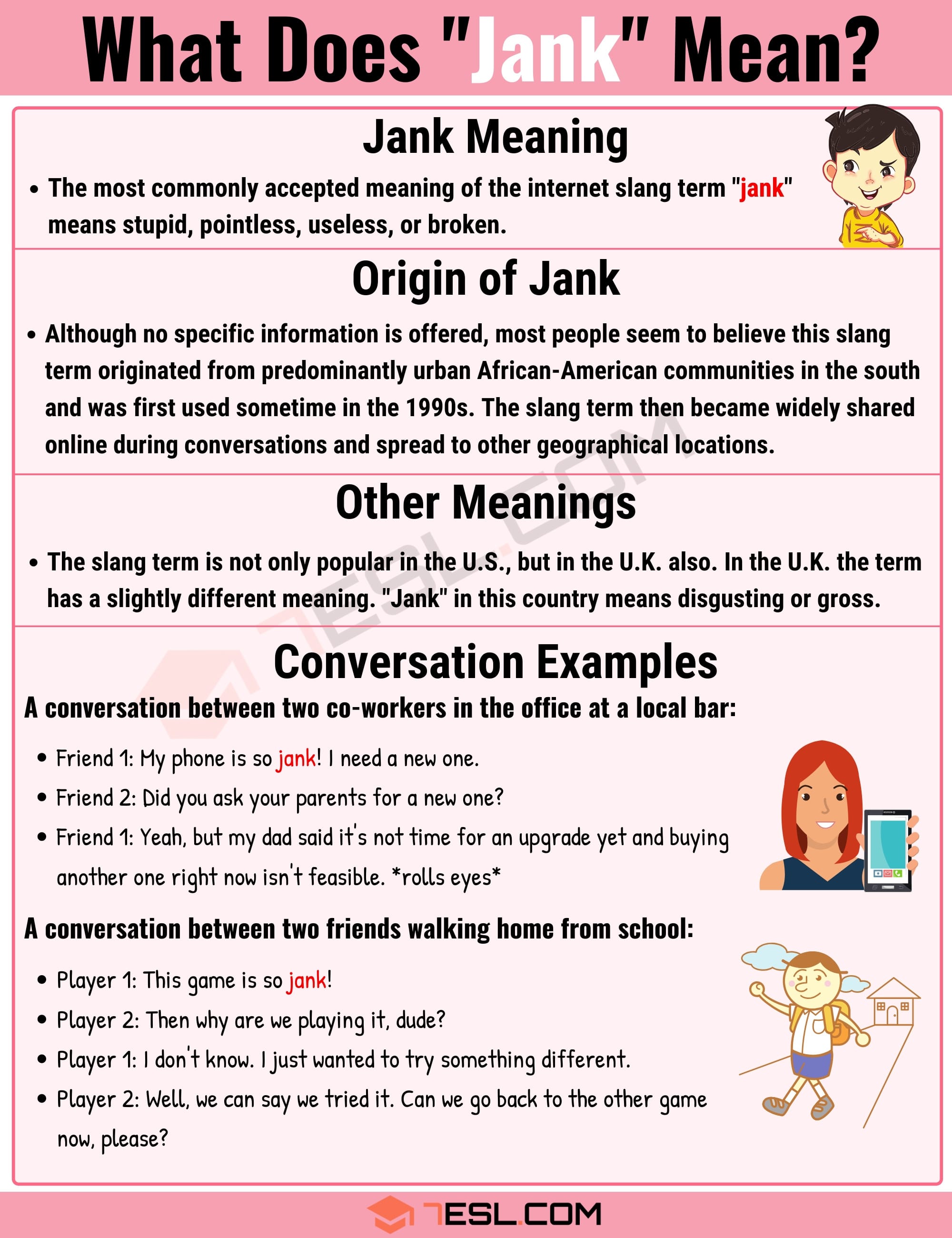