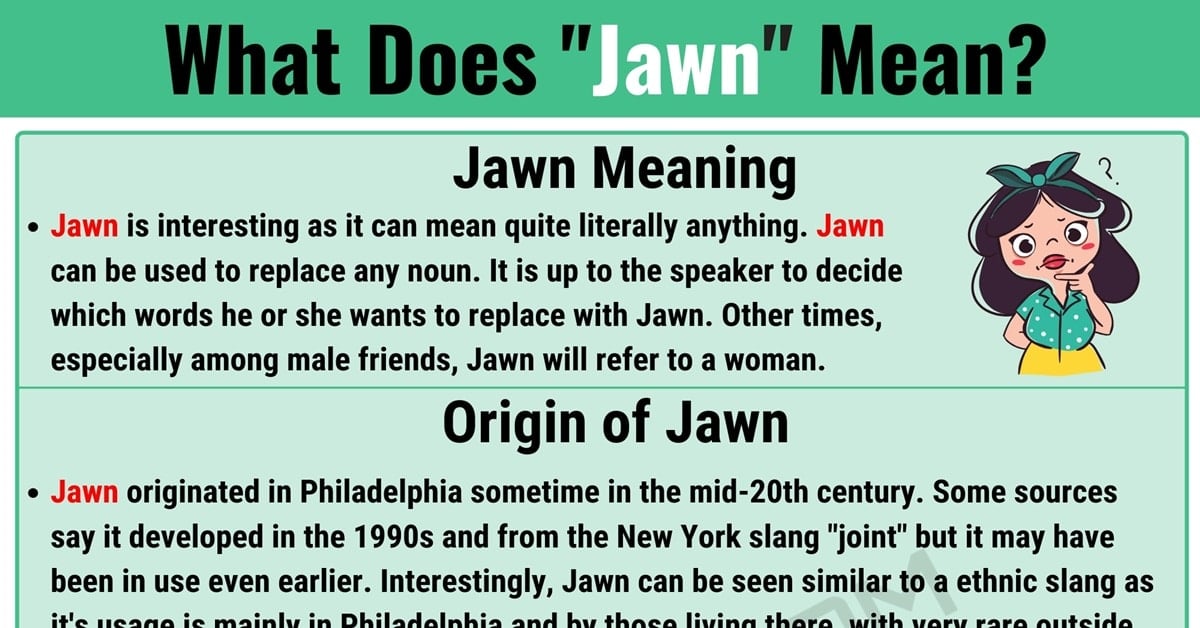 What does Jawn mean? What is the definition of this internet slang word? Learn how and when to use this online term with ESL infographic and useful conversation examples in English.

What Does Jawn Mean?

Jawn is interesting as it can mean quite literally anything. Jawn can be used to replace any noun. It is up to the speaker to decide which words he or she wants to replace with Jawn. Other times, especially among male friends, Jawn will refer to a woman.

Jawn originated in Philadelphia sometime in the mid-20th century. Some sources say it developed in the 1990s and from the New York slang “joint” but it may have been in use even earlier. Interestingly, Jawn can be seen similar to a ethnic slang as it’s usage is mainly in Philadelphia and by those living there, with very rare outside usage.

Jawn is a name, but besides the slang or the name it does not have any other meanings.

The only difference in using Jawn is if the J will be capitalized or not. It can spelled as both Jawn or jawn. There are no other variations with Jawn. 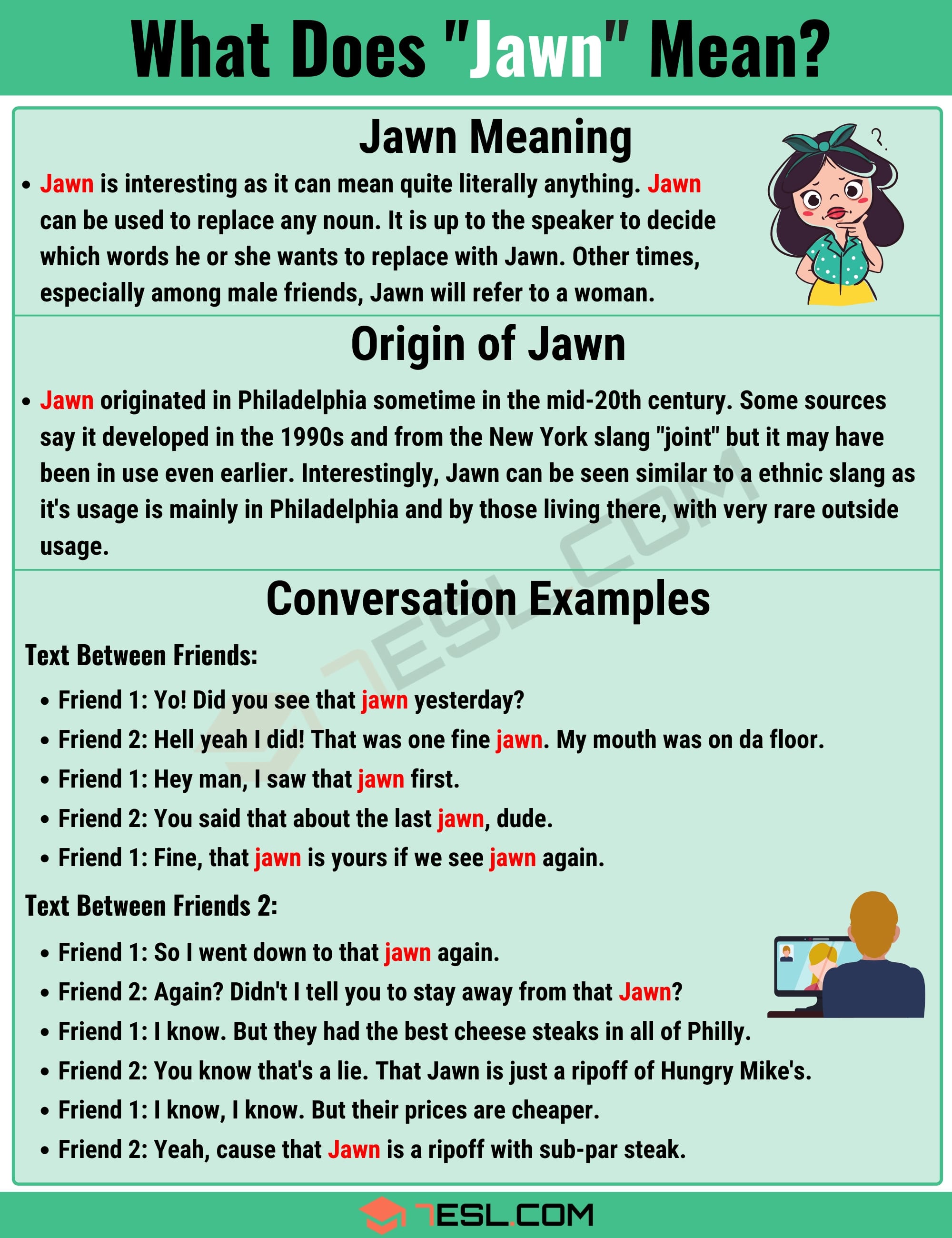