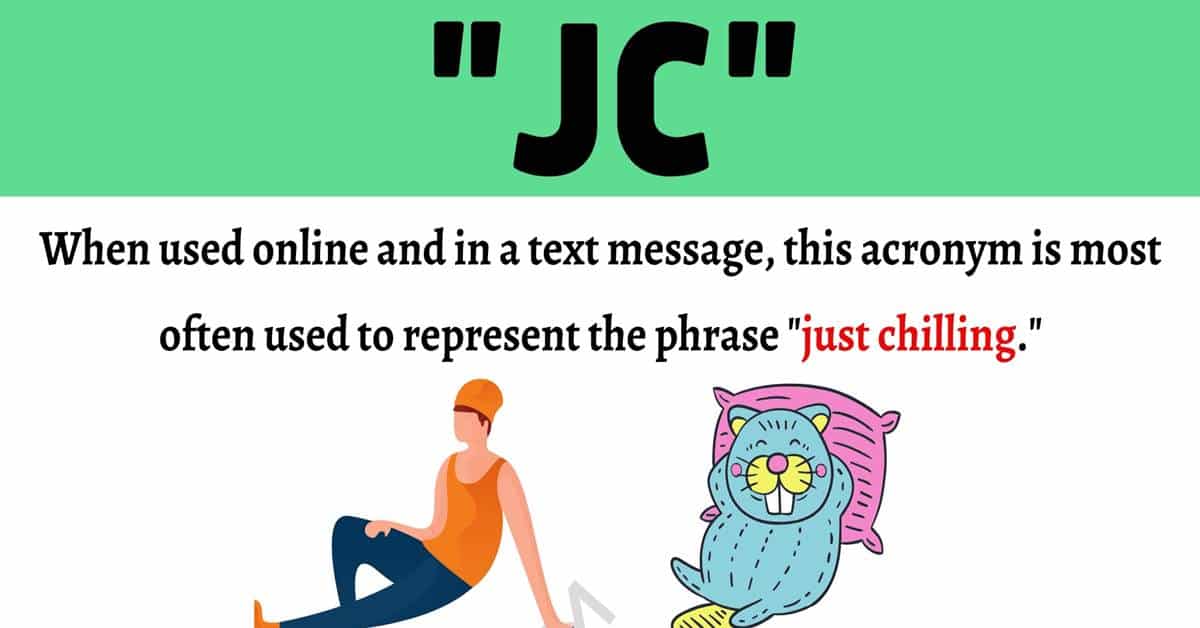 Most people would be quick to assume that the acronym “JC” is most commonly used to represent the name “Jesus Christ.” Although this is one of the more popular representations, it is not the most popular. However, determining what this acronym does stand for when it is used often must be determined from the context it is used in. That being said, here you will find the definition of the most popular usage, the story of its origin, and some other definitions. You will also be privy to some conversation examples to help you see how the term in its most common form is correctly used in context. Finally, you will learn some other words or phrases you can replace this term with to convey the same meaning.

What Does JC Mean?

When used online and in a text message, this acronym is most often used to represent the phrase “just chilling’.” This phrase is typically used as a response when someone asks you what you are doing or what you are up to and you aren’t doing anything but relaxing.

The slang phrase “chill” is said to have first been used in the 1970s in the state of New York by the African American community. The first recorded usage of the term “chill” in the sense as mentioned in the phrase above occurred in the 1979 song Rapper’s Delight by a group called the Sugarhill Gang.

As is the case with nearly every other acronym, this one can also be used to represent multiple things and not just this one phrase. Some other things that this acronym can stand for are “Jesus Christ,” “Just Curious,” “Just Cause,” “Junior College,” and “Just Checking.” This is by far not intended to be an all-inclusive list. There are just too many possibilities to list them all here so these are just a few examples. 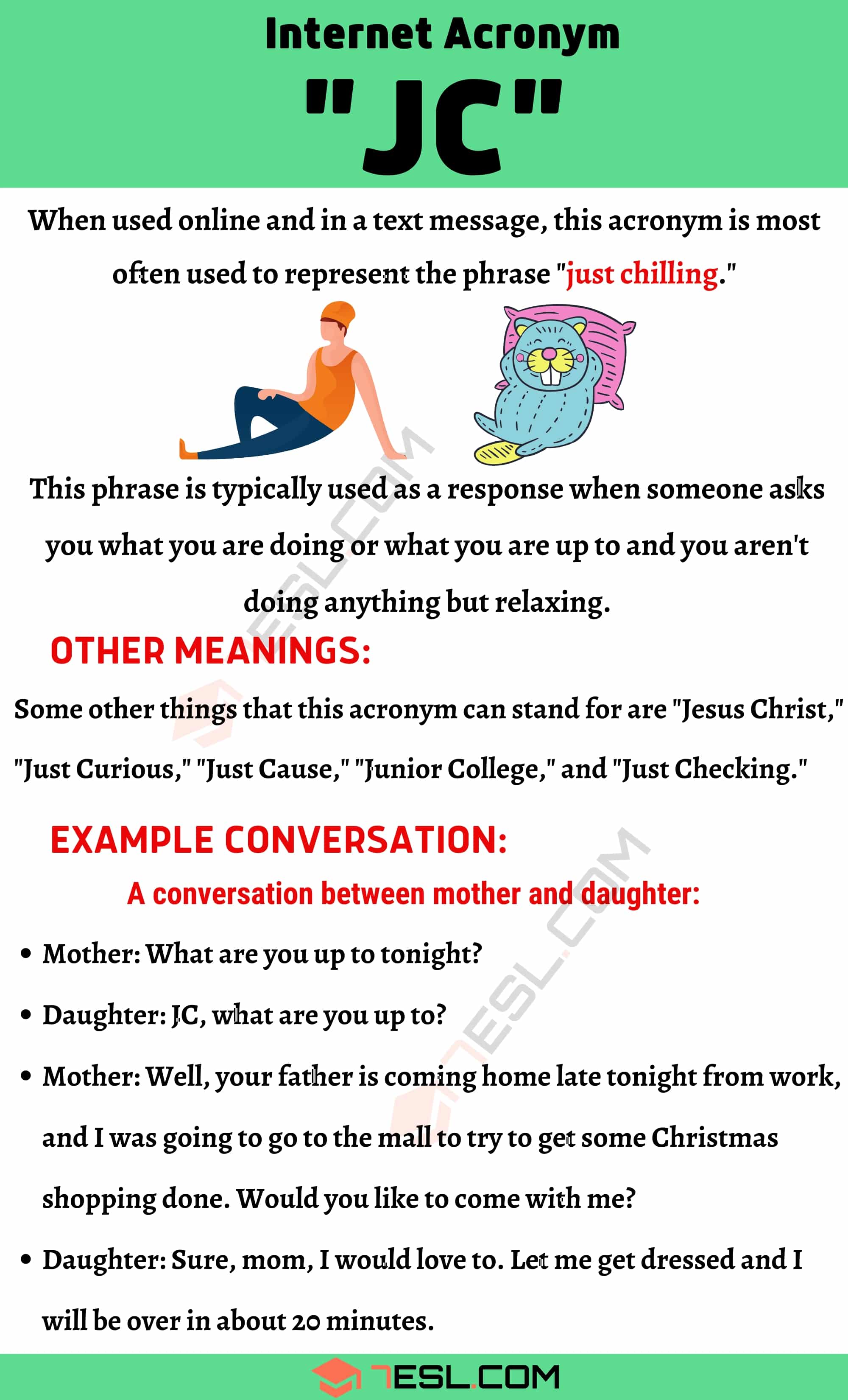