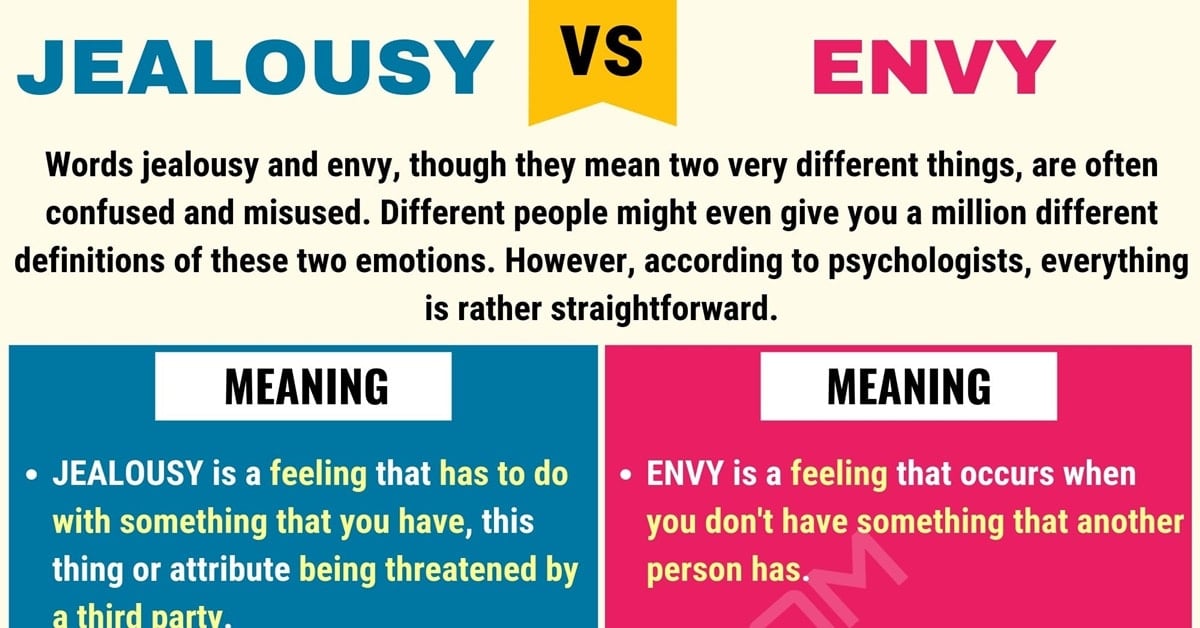 Jealousy vs. envy! What will you feel if your friend gets a stylish new haircut that you’d also like to get, jealousy or envy? What about if you see your girlfriend hugging one of her attractive male friends? Words jealousy and envy, though they mean two very different things, are often confused and misused. Different people might even give you a million different definitions of these two emotions. However, according to psychologists, everything is rather straightforward.

In other words, in order to feel envy, you need to lack something that someone else has, be it good looks, good grades, or a high salary. In contrast, when you feel jealousy, you’re scared of losing something you already possess.

Seeing how different these two words are, you might start wondering. why are they causing so much confusion? The reason is that the word envy is used a lot less often than the word jealousy. For instance, if your friend Sarah didn’t do that well on the French quiz, she might say that she’s jealous of your results. She would also say that she’s jealous if she saw her boyfriend dancing with a different girl in a club. However, she’d actually feel jealousy only in the second situation; in the first one, her feeling would be envy.

One more problem is that sometimes these two emotions go together. Let’s return to the same examples with Sarah. Why is she jealous when she sees her boyfriend with a different girl? Probably because she’s envious of some attributes that she doesn’t have while that different girl does.

Still, jealousy and envy are two different feelings and you shouldn’t call everything that you feel jealousy, even though many people around you might do that. If you’re afraid of losing something or someone because of someone else, then indeed, it’s jealousy. But if you wish you had something that is owned by a different person, this is called envy. 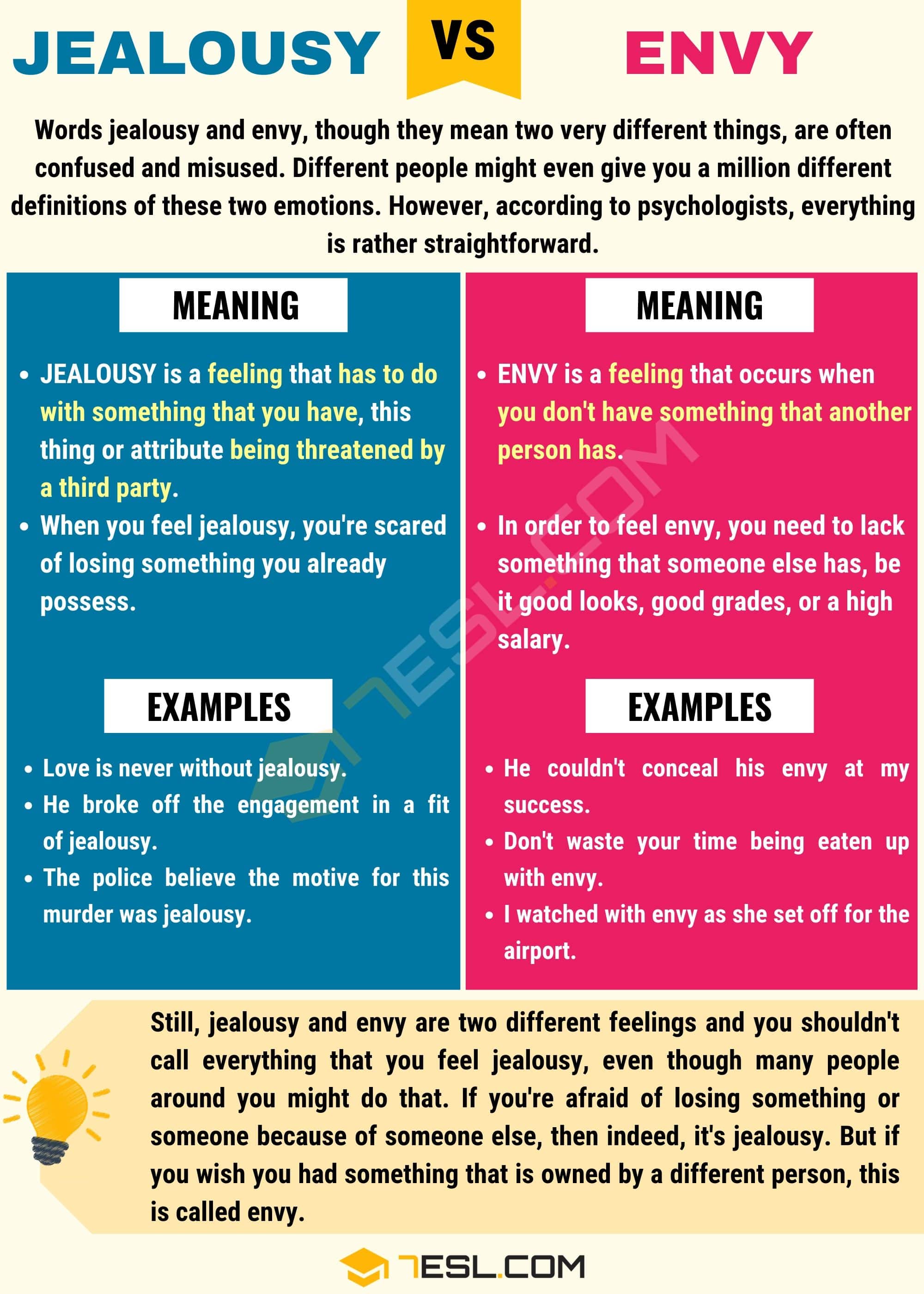