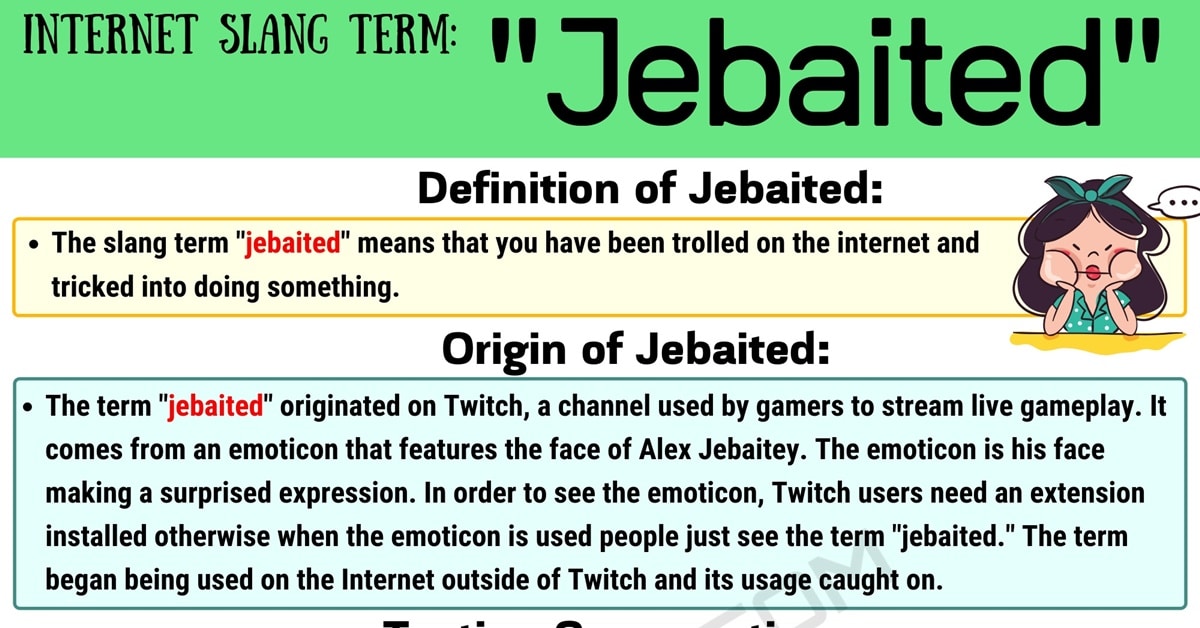 The slang term “jebaited” is used on the internet by many, but most don’t realize what it means or why it is used. Here you will not only find the meaning of the term, but you will also find information about its origin and some optional meanings if there are any. You will also discover some example conversations using the term correctly and some alternative words or phrases you can use in its place.

The slang term “jebaited” means that you have been trolled on the internet and tricked into doing something.

The term “jebaited” originated on Twitch, a channel used by gamers to stream live gameplay. It comes from an emoticon that features the face of Alex Jebaitey. The emoticon is his face making a surprised expression. In order to see the emoticon, Twitch users need an extension installed otherwise when the emoticon is used people just see the term “jebaited.” The term began being used on the Internet outside of Twitch and its usage caught on.

There are currently no other known meanings of the same term “jebaited.”

There are several words you can use to replace the word “jebaited.” Some of the alternatives you could use include: 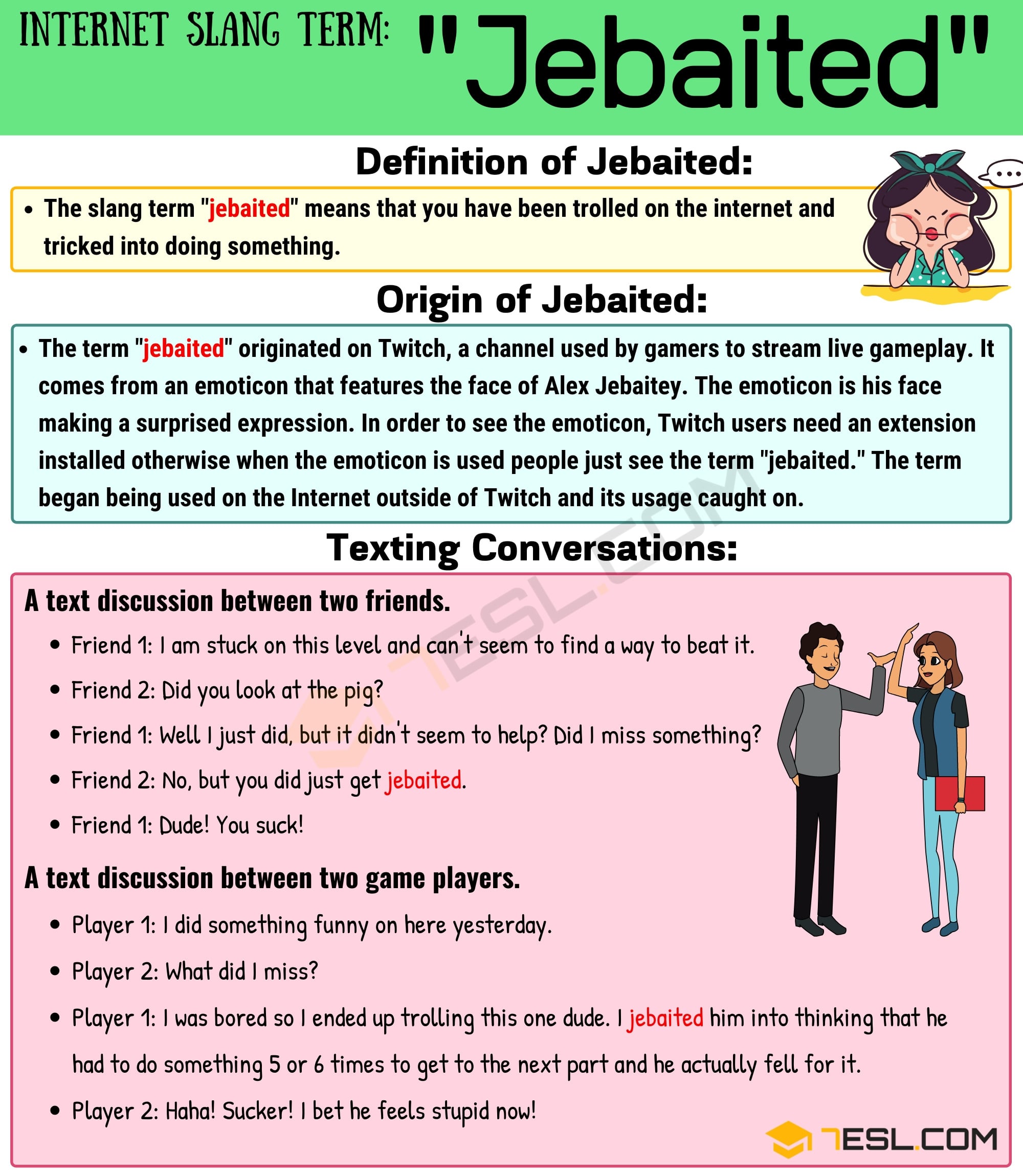