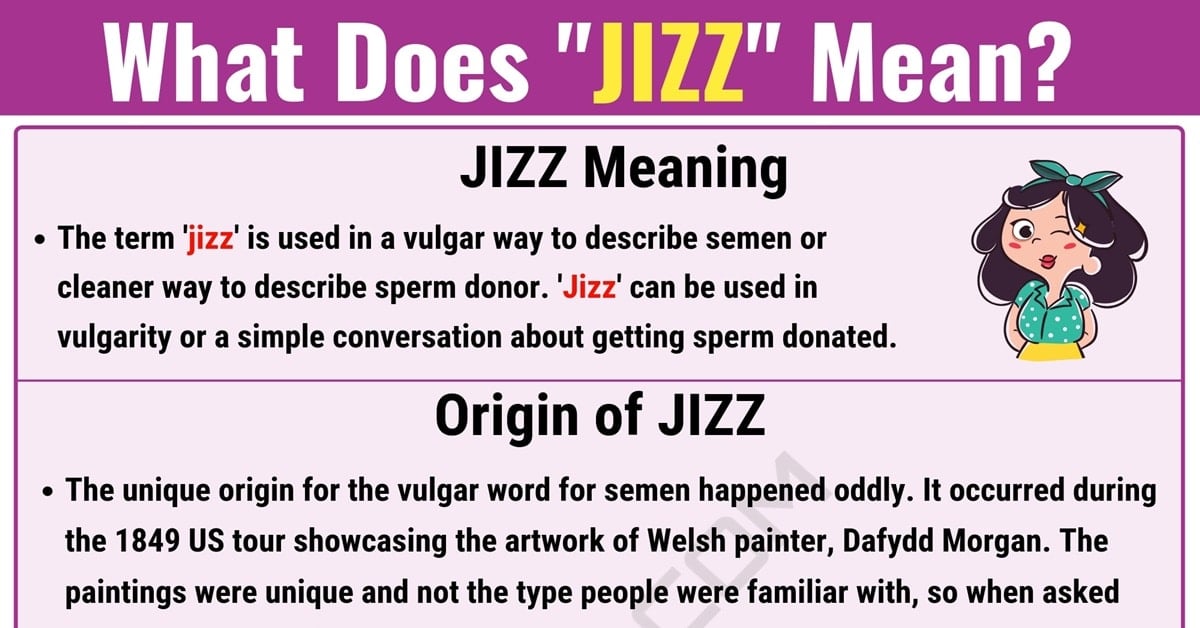 The unique origin for the vulgar word for semen happened oddly. It occurred during the 1849 US tour showcasing the artwork of Welsh painter, Dafydd Morgan. The paintings were unique and not the type people were familiar with, so when asked what to call the style that consisted of strange white splatterings over the art.

Now, how you may see this online slang term used. 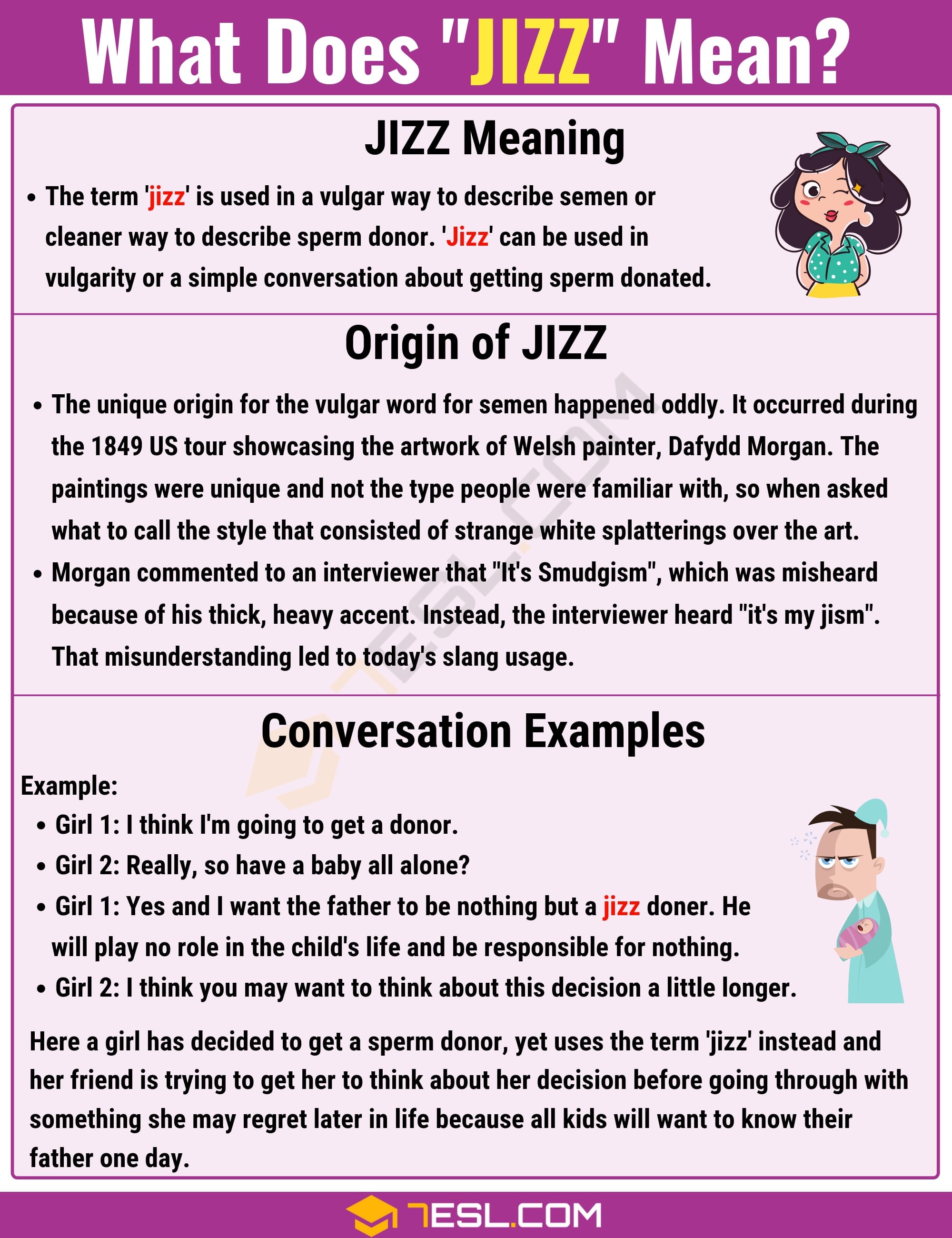 this j**z is his biz