Get the Sack/ Be Sacked

Note: “Be sacked” is known and understood on the USA, but “get the sack” is much less common.

Hanging by a Thread

Burn the Candle at Both Ends

Move Up in the World

Give Someone The Old Heave-Ho 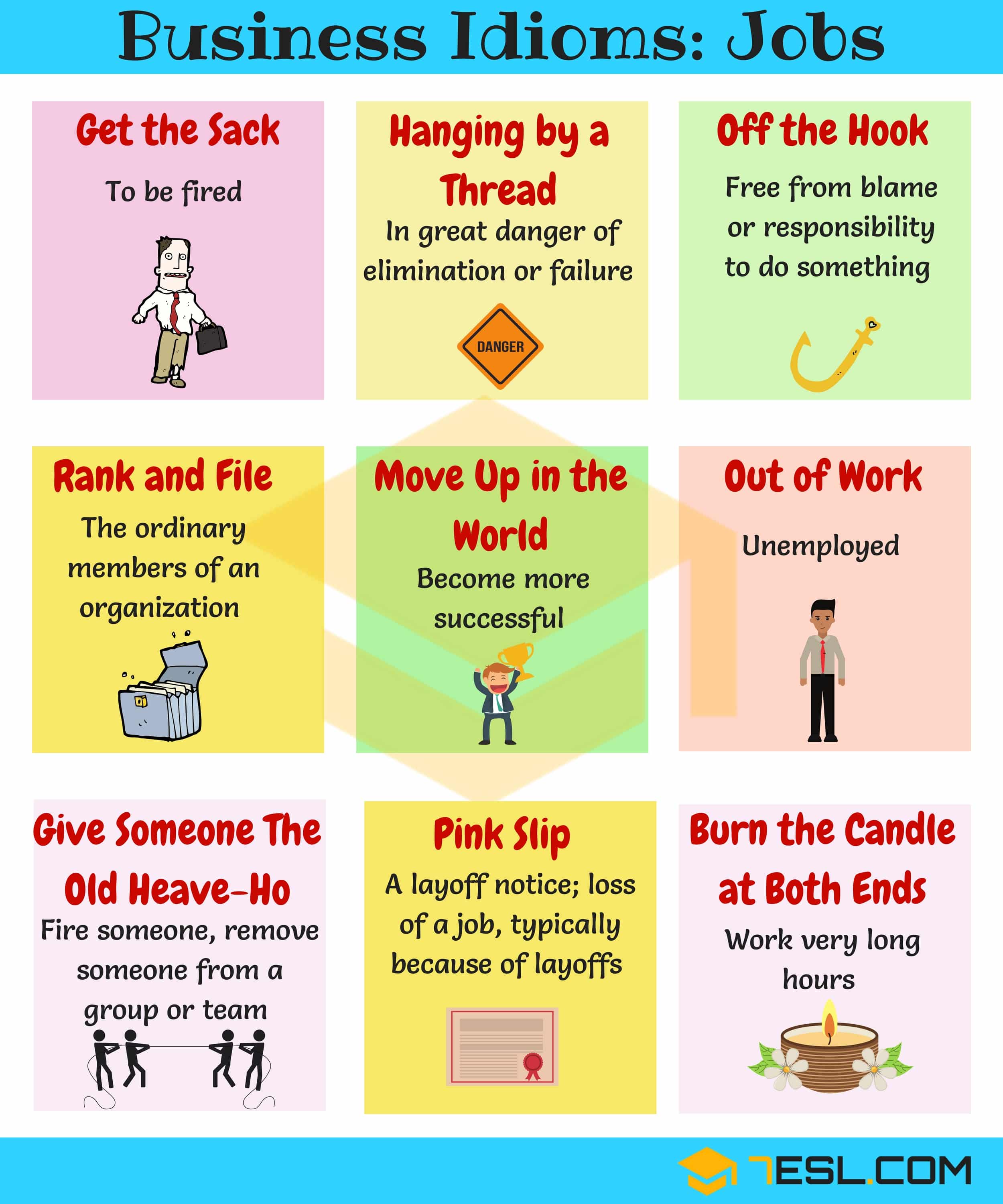