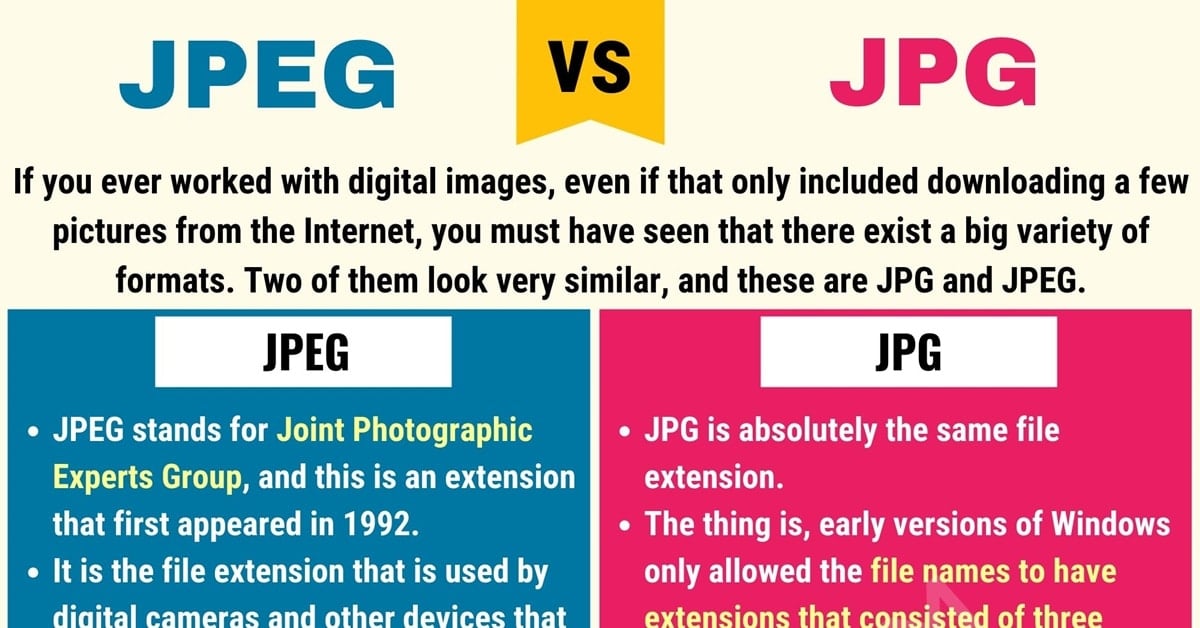 JPG vs. JPEG! If you ever worked with digital images, even if that only included downloading a few pictures from the Internet, you must have seen that there exist a big variety of formats. Two of them look very similar, and these are JPG and JPEG. Is there a difference between them? And if there isn’t, why does one have one letter more than the other? Thankfully, these questions have simple and logical answers.

JPEG stands for Joint Photographic Experts Group, and this is an extension that first appeared in 1992. It is the file extension that is used by digital cameras and other devices that deal with photographs more often than any other.

This format lets us have absolutely stunning photographs full of color, and yet there is one significant drawback. It is that, since this file extension compresses the file, the photograph loses in quality and, the more you edit and resave it, the bigger the problem becomes. However, it sometimes cannot be noticed by an inexperienced eye. Professional photographers deal with this issue by working with RAW JPEG files and only saving the final image that they get, avoiding multiple savings in the process.

As for JPG, it’s absolutely the same file extension. Why does it have a slightly different name then? The thing is, early versions of Windows only allowed the file names to have extensions that consisted of three letters. To solve this problem, JPEG was shortened and became JPG. Interestingly enough, since UNIX did not have this limitation, UNIX users didn’t switch to JPG and kept using the JPEG format.

At some point, Windows got rid of this limitation. However, so many people got used to the shorter name, that JPG still remains the most popular file extension.

Now, if you open and save a JPEG image in Adobe Photoshop or GIMP, it will be saved with the letters JPG at the end. And, if you for some reason prefer the longer JPEG, you can always change the extension without doing any harm to the file itself.

So, there’s completely no difference between JPEG and JPG. JPG only existed because of a restriction that existed in previous versions of Windows, and today both of them can be used without any problems. 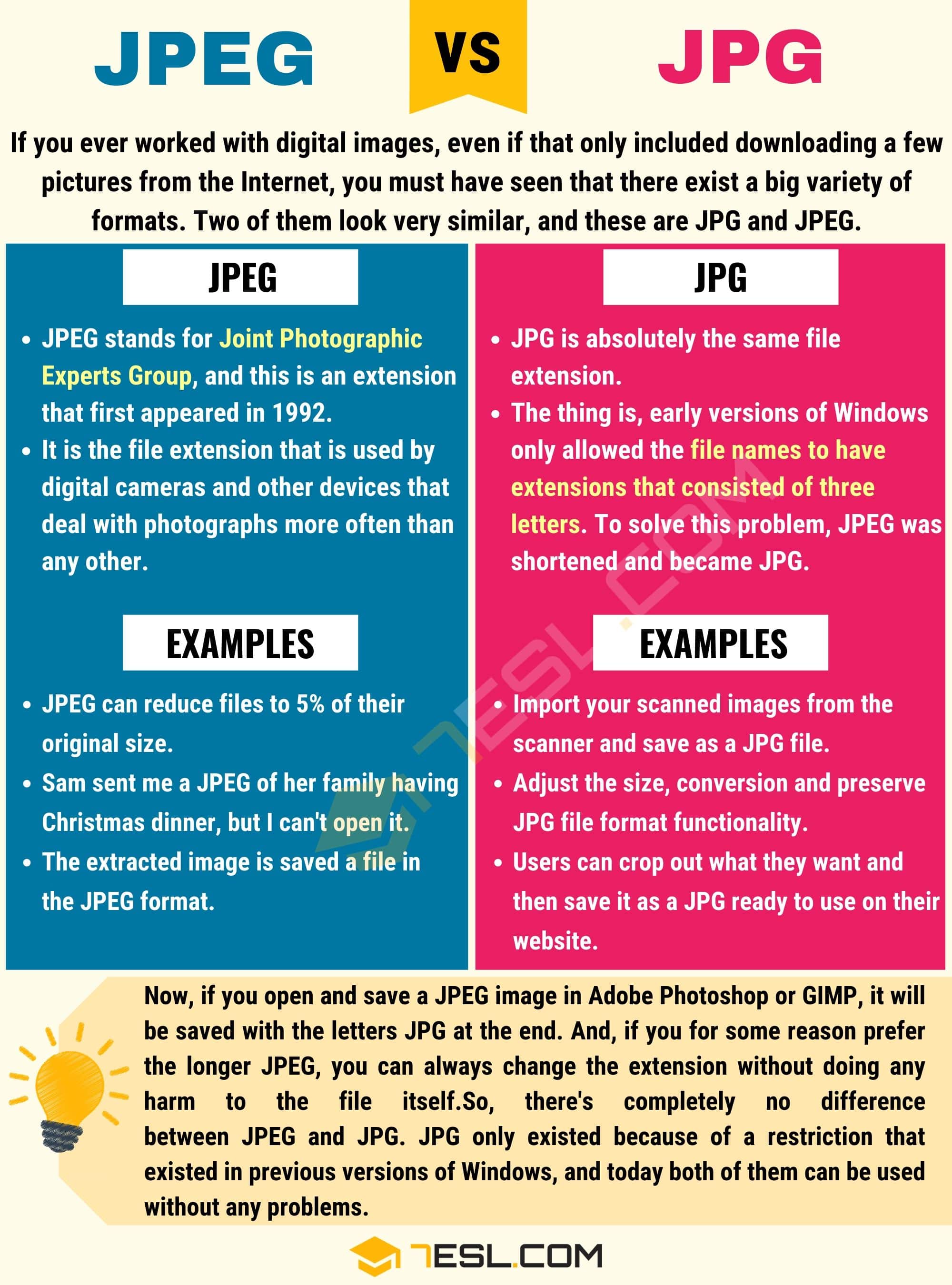