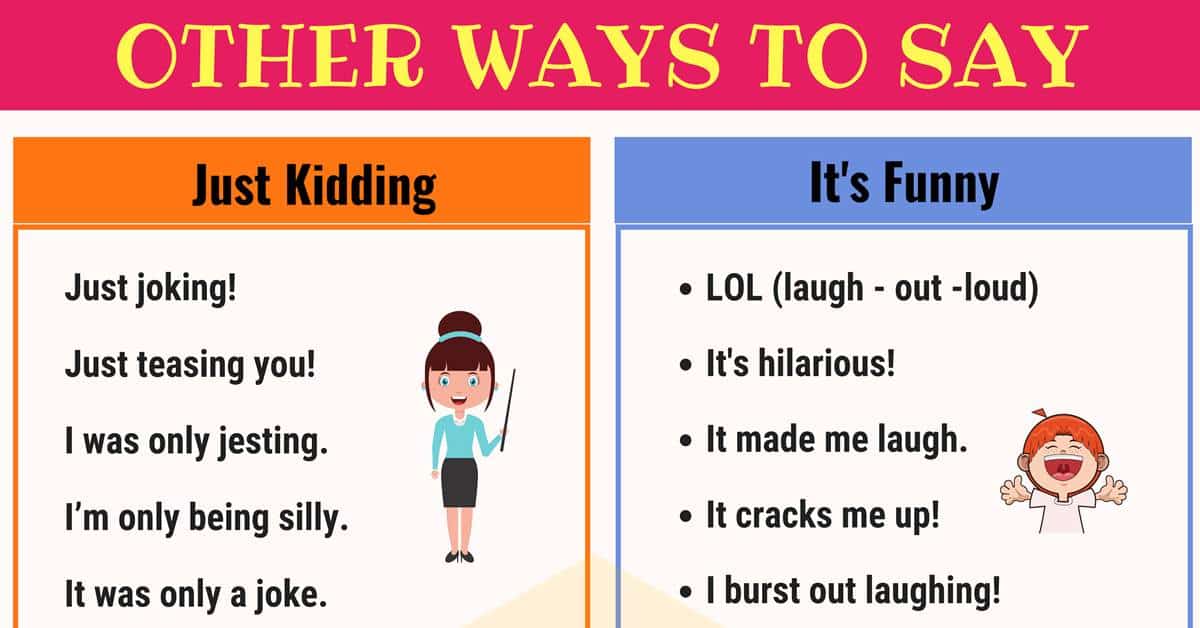 Expressions like “just kidding” or “it’s funny,” while descriptive enough and to the point, are somewhat stale and would not be suitable for every circumstance or state of affairs.

For this reason, you might want to look for other ways to say them that fit within your particular situation. Luckily, we’ve been able to compile a plethora of sentences that might be helpful for both formal and informal settings.

Stick around to discover formal and informal alternatives to these common but overused phrases.

“Just kidding” is said immediately after an action or statement that could otherwise be understood as offensive or discourteous. It’s an utterance meant to clarify that you do not intend your words or gestures to be taken at face value.

“It’s funny” is a phrase indicating that something that was just said or experienced caused “curiosity” or “amusement”. In this instance, we’ll focus on the latter meaning. 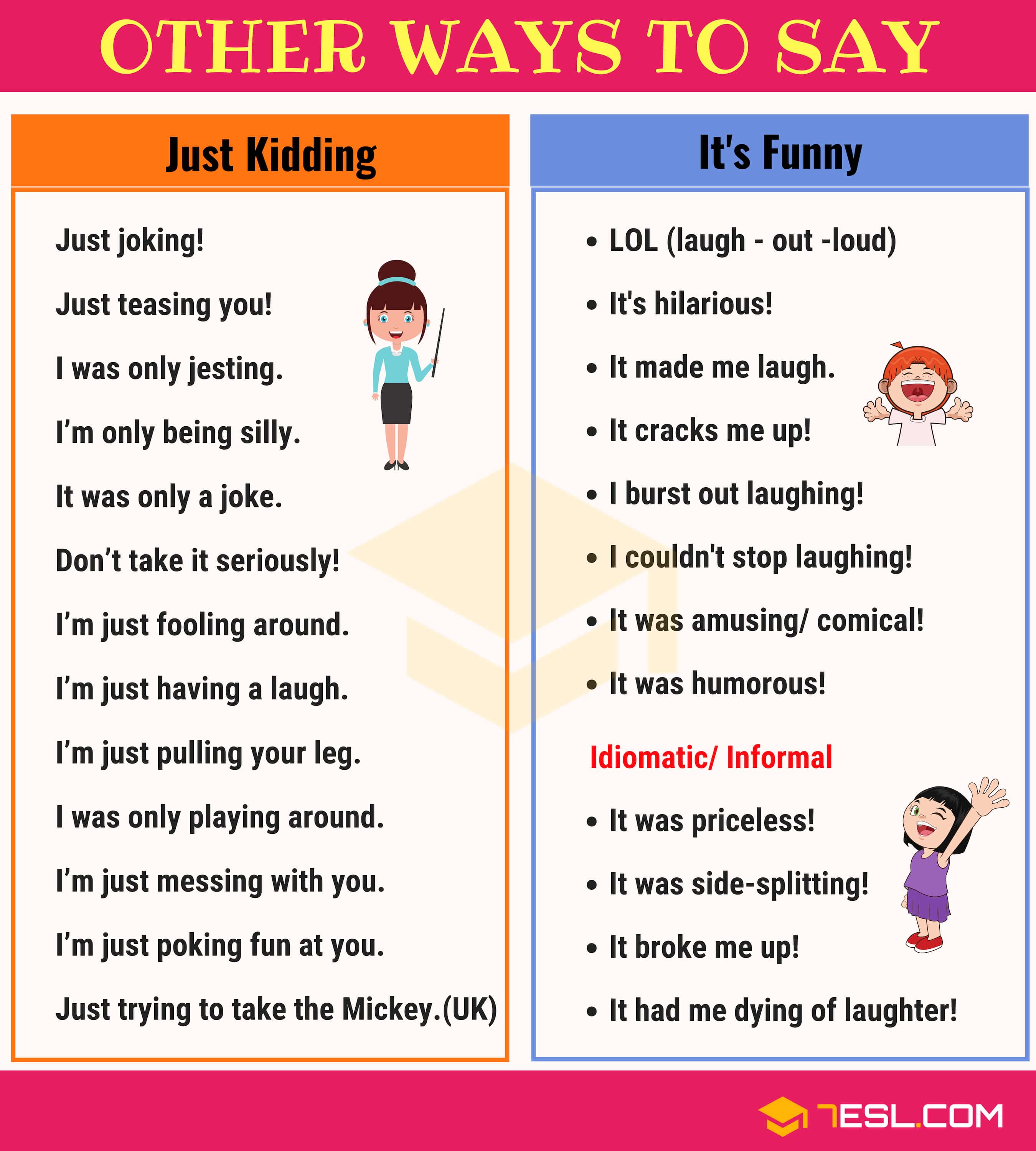 I love this app