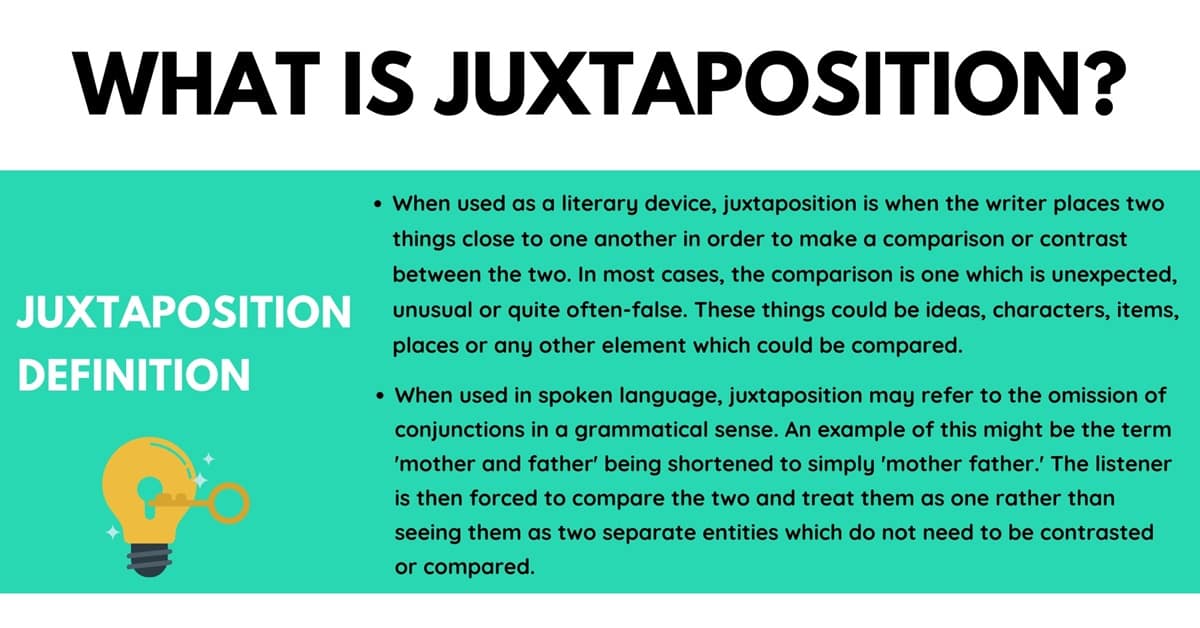 You have probably heard the term juxtaposition being used when referring to spoken and written language, but what does this mean? In this article, we are going to explore the meaning of juxtaposition as well as taking a look at some examples of how it can be used in both a written and spoken context.

When used as a literary device, juxtaposition is when the writer places two things close to one another in order to make a comparison or contrast between the two. In most cases, the comparison is one which is unexpected, unusual or quite often-false. These things could be ideas, characters, items, places or any other element which could be compared.

When used in spoken language, juxtaposition may refer to the omission of conjunctions in a grammatical sense. An example of this might be the term ‘mother and father’ being shortened to simply ‘mother father.’ The listener is then forced to compare the two and treat them as one rather than seeing them as two separate entities which do not need to be contrasted or compared.

There are many proverbs which feature the use of juxtaposition and in this sense, it is used in order to compare two ideas or concepts. This is often done by way of figurative language. We will look at this in more detail when viewing some examples of spoken juxtaposition.

Examples Of Juxtaposition In Speech

There are plenty of examples of when you might see an example of juxtaposition during spoken conversation, particularly as we mentioned, when it is used as a grammatical element. We are now going to look at some examples of what you can expect to hear.

Examples Of Juxtaposition In Literature

Juxtaposition is frequently used by writers in a variety of written pieces and it is something that you can easily spot when you know what you are looking for. By using juxtaposition, the reader is then coerced into making a comparison between two things which may or may not have a genuine relation. We are now going to explore some examples of times in which writers have employed the used of this technique.

Other Examples Of Juxtaposition

You are likely to see juxtaposition in other situations. Let’s take a look at some examples of this now.

Juxtaposition is a technique used in writing which forces the reader to make a comparison between two things such as places, people or items. This creates a link between the two but this doesn’t always mean that it is a genuine link.

Juxtaposition can also be used as a grammatical technique in which a conjunction is removed in order to make a more direct link between two things.

There have been many times in which juxtaposition has been used and by examining these we have been able to gain a greater understanding of its use. 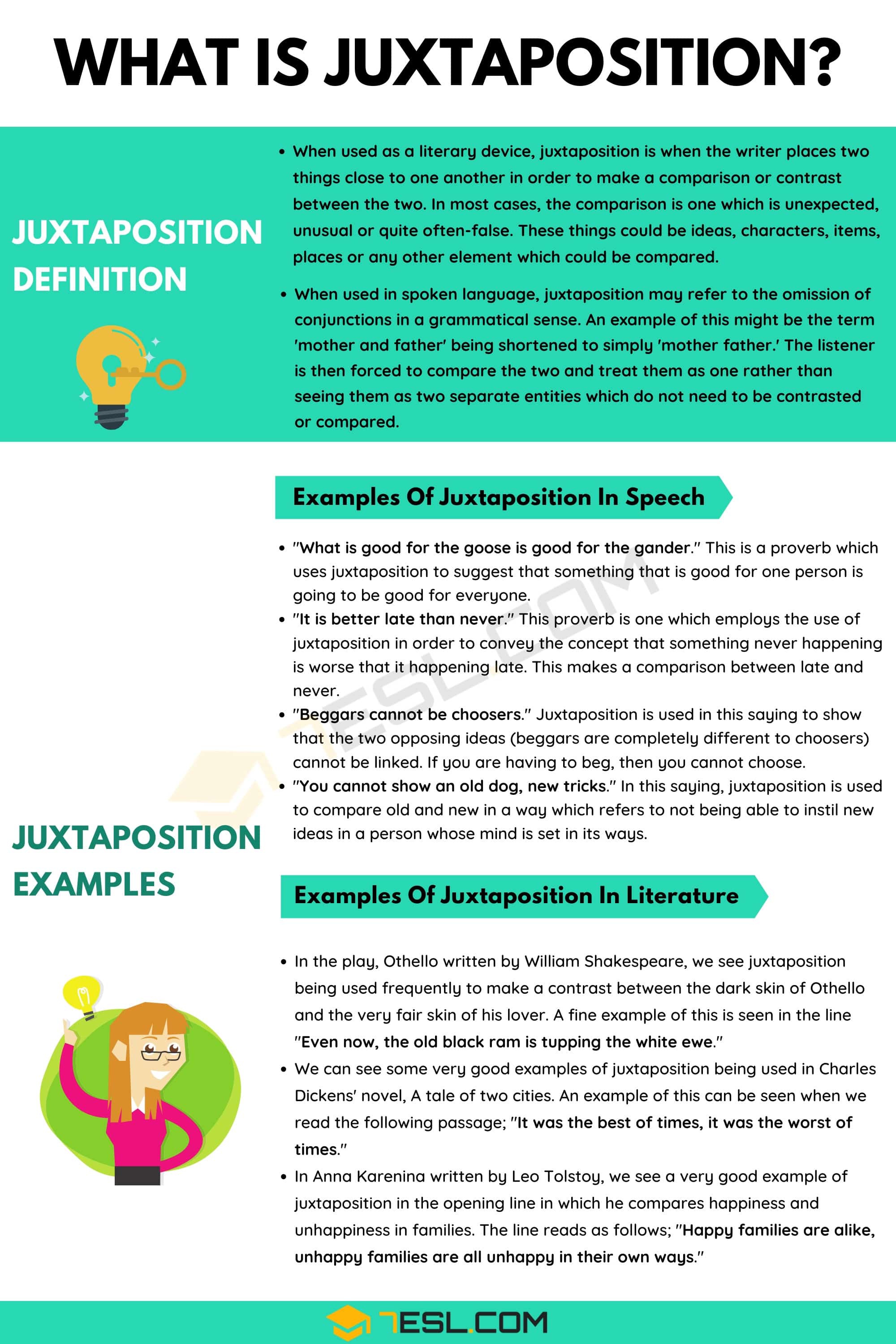