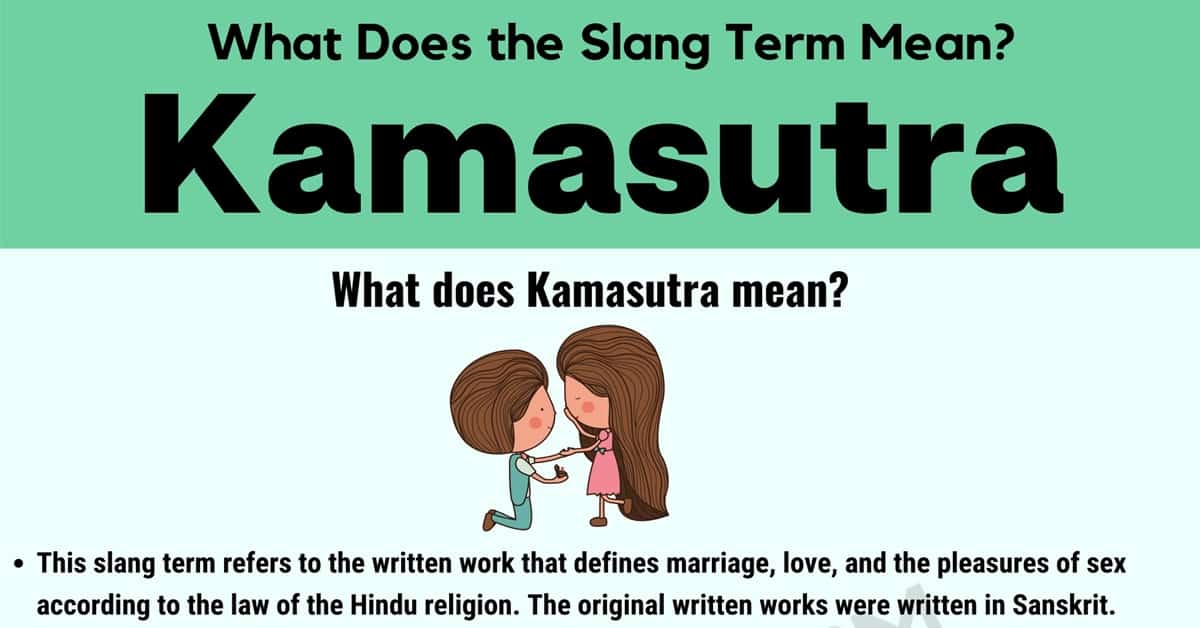 The slang term “Kamasutra” is an ancient one that has been used for years. Most people are already familiar with this term and what it means, but if you aren’t, have no fear because you will find out here. Below, you will find the meaning of this term, details about its origin, and other meanings if there are any to be found.

Some conversation examples have been provided for you hear as well as an additional resource to help you understand the meaning of this term and see how it is used properly in a conversation. Finally, you will discover some other words or phrases you could use in place of this phrase if there are any that will not change the meaning of the original term.

What Does Kamasutra Mean?

This slang term refers to the written work that defines marriage, love, and the pleasures of sex according to the law of the Hindu religion. The original written works were written in Sanskrit.

This Sanskrit text was originally written in India sometime between 400 BCE and 200 CE. It was written in India and was the definitive written work to define fulfillment in life concerning sex, love, eroticism and emotional well-being. The text is said to be written by an Indian philosopher by the name of Vatsyayana. The word is made out of a portmanteau of two Sanskrit words. The first word is “Kama” which means “pleasure, desire, love, or sex.” It is also the name of the god in Hindu religion who represented love and eroticism. The second word is “sutra” which means “text” or “thread.”

An online discussion between two users on an internet forum.

Since this is the name of an ancient text that is well-known throughout the world, there are no other words that you could use as a synonym to represent this title. Doing so would change the meaning of the original term. 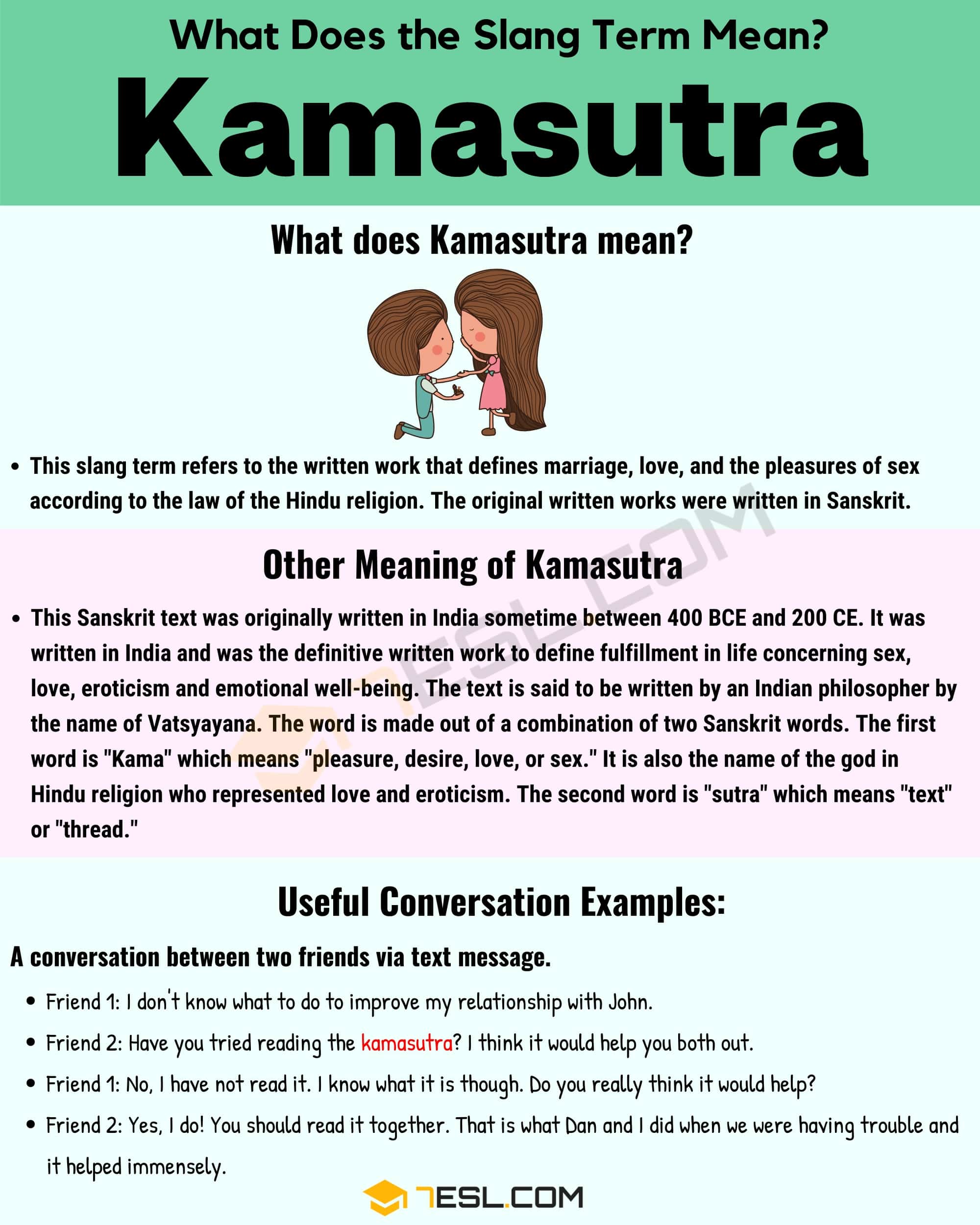