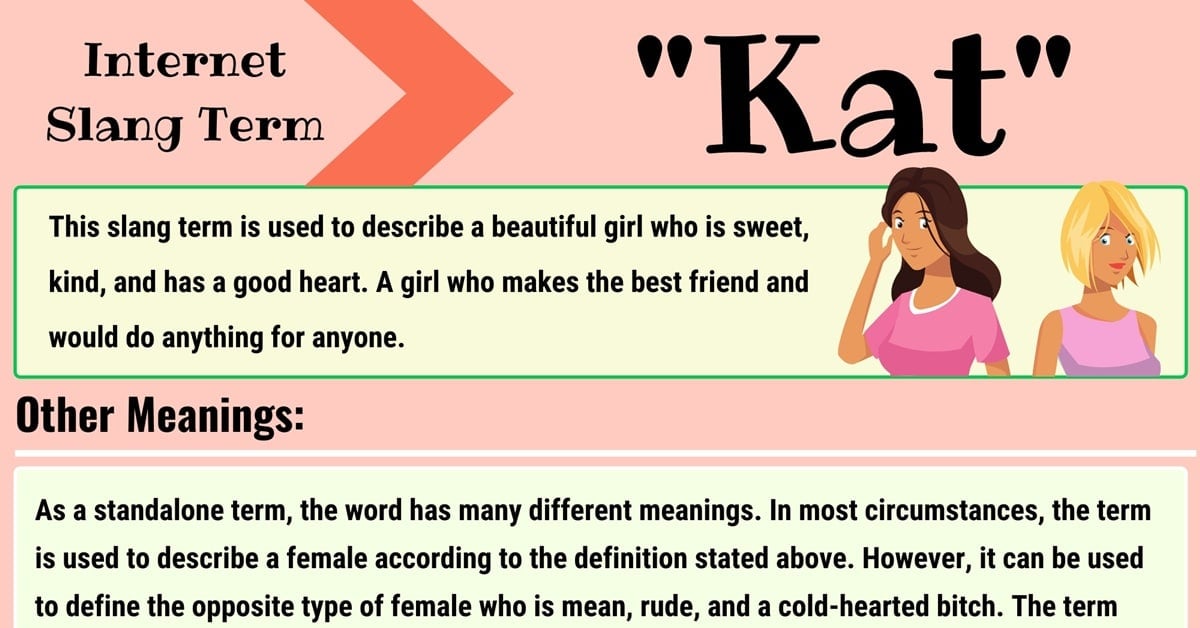 The slang term “kat” can be difficult to pinpoint the meaning of even when you are familiar with the term. Often the meaning must be taken from the context in which the term is used. Here you will find the meaning of its most common usage, the origin of the term if available, and some alternative meanings if any exist.

You will also see some example conversations that illustrate the proper use of this term to help you better understand its meaning. Finally, you will discover some other phrases or words that you can use in place of this term to convey the same meaning.

What Does “Kat” Mean?

This slang term is used to describe a beautiful girl who is sweet, kind, and has a good heart. A girl who makes the best friend and would do anything for anyone.

There is no known information regarding the origin of this slang term.

As a standalone term, the word has many different meanings. In most circumstances, the term is used to describe a female according to the definition stated above. However, it can be used to define the opposite type of female who is mean, rude, and a cold-hearted bitch.

The term can be used as an acronym also to represent many different things. Some of the things it can represent as an acronym are “known answer test,” “Knoxville area transit,” “kids and technology,” “kids around town,” and “Kappa Alpha Theta.” This term can also be used as a nickname for popular names like Katherine or Katrina.

There are several phrases that you could use to substitute for the use of this term to convey the same meaning. Some of the other phrases you could use in its place include: 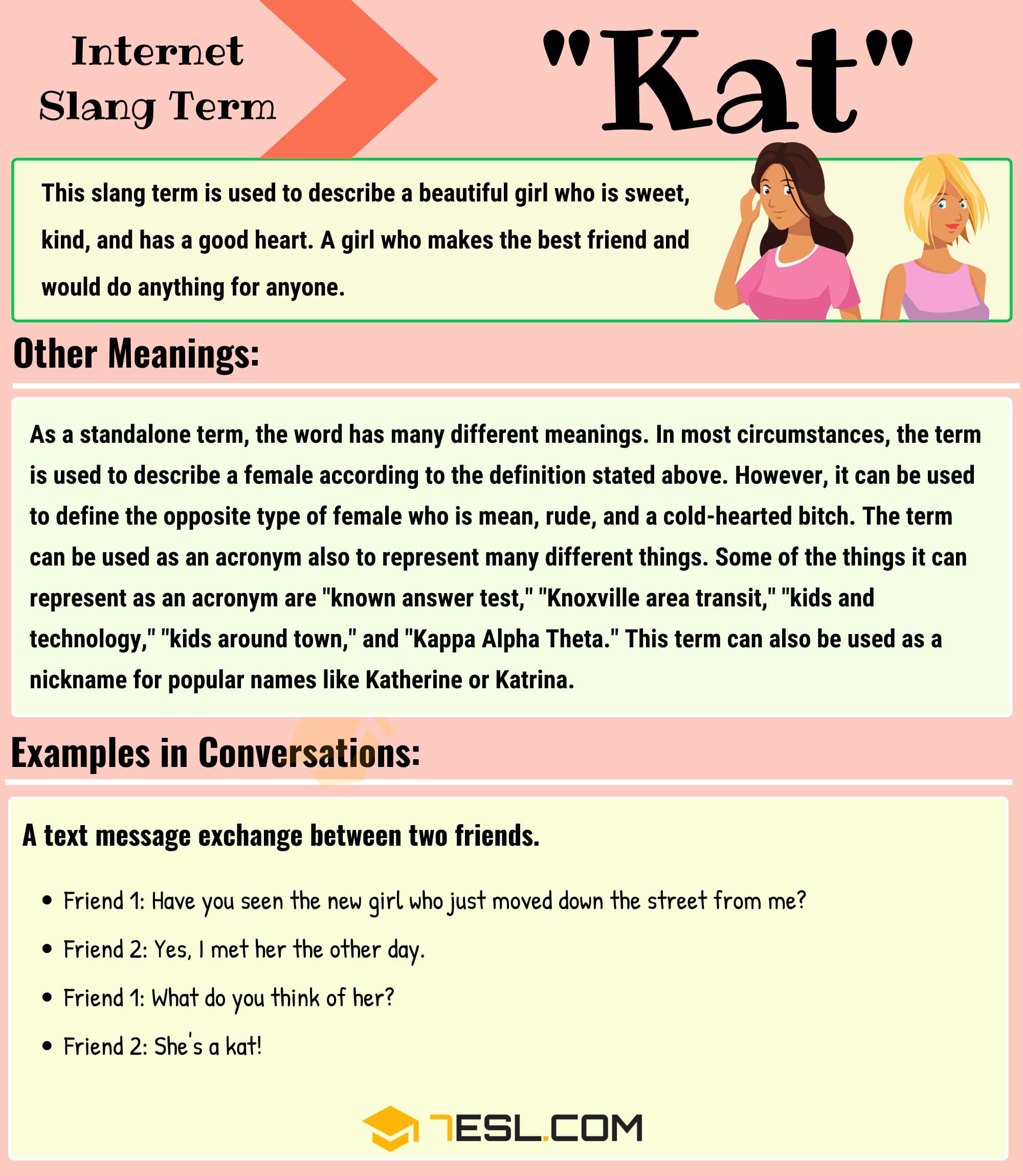