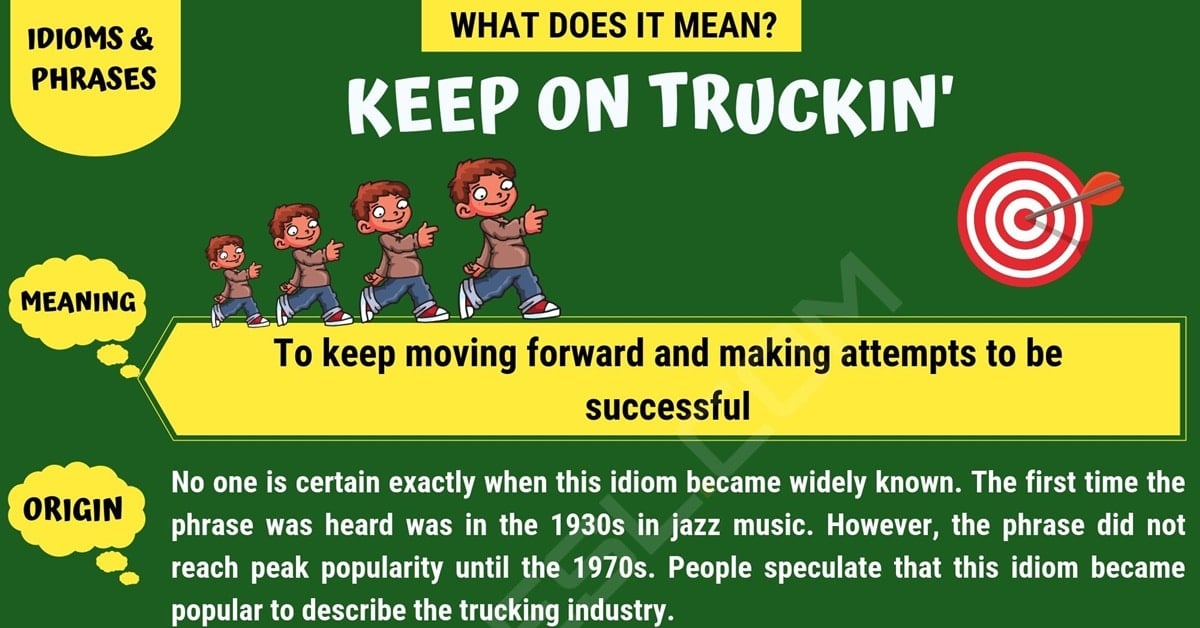 Keep on Truckin’! There are many popular idioms that are used to express certain feelings or thoughts that we all use in every day communication. One of the most popular idioms used today is “keep on truckin’.” Here you will find the meaning of the idiom, how the idiom is used in real conversation and its origin story.

“Keep on truckin’” means to keep moving forward and making attempts to be successful.

No one is certain exactly when this idiom became widely known. The first time the phrase was heard was in the 1930s in jazz music. However, the phrase did not reach peak popularity until the 1970s. People speculate that this idiom became popular to describe the trucking industry. Cargo trucks are responsible for moving goods every day from place to place across miles and miles and they have no choice but to keep on moving.

In news stories, you may read a statement such as:

Another example statement could be from a pro sports player after a winning game such as:

Here is an example conversation between two co-workers:

Here is another example conversation between a father and daughter:

Other Ways to Say “Keep on Truckin'”

There are many other ways to express the meaning of this idiom. Some of these include: Just keep going, don’t give up, don’t give in and keep moving forward. 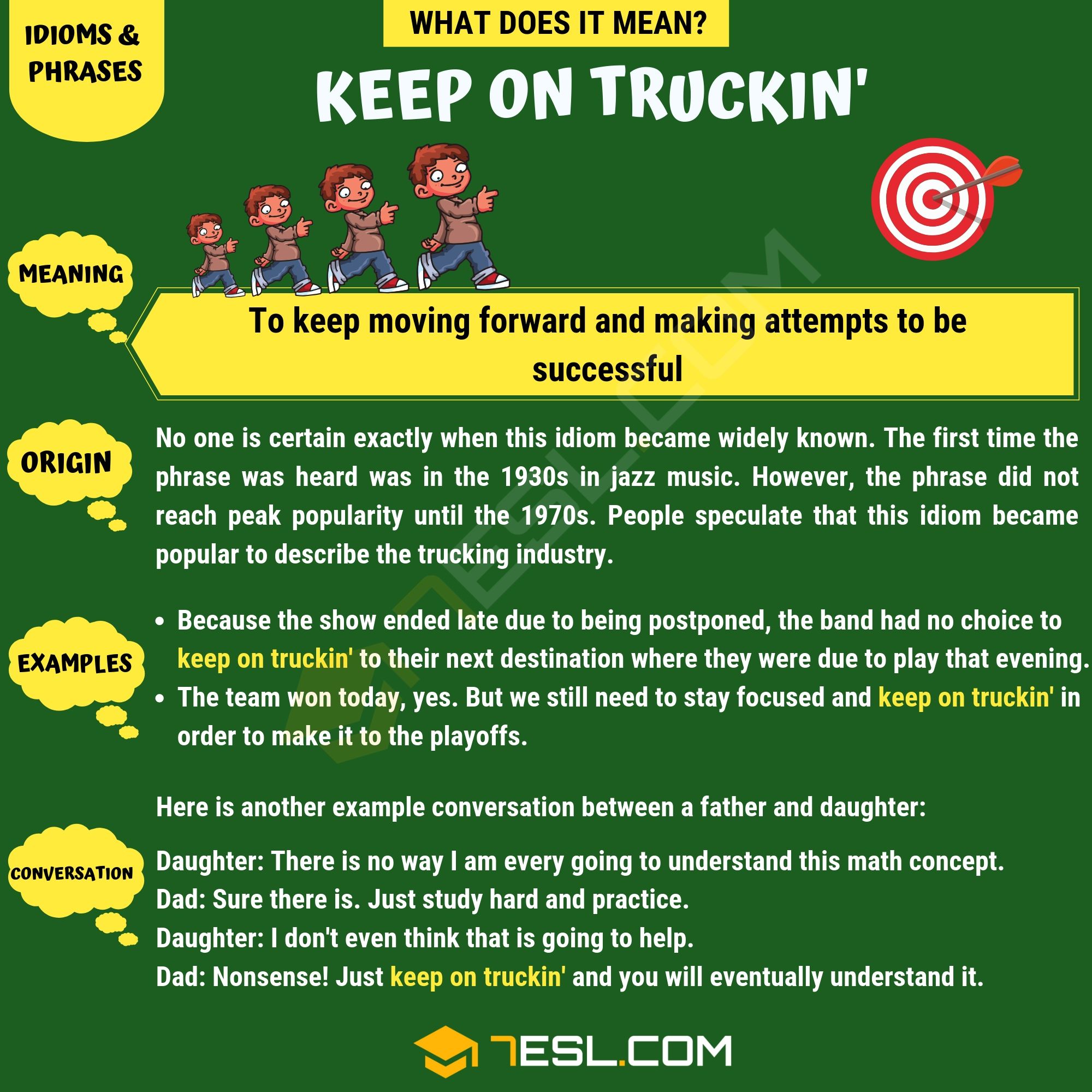 “There is no way I am every going to understand … ”

That appears in the text and one of the accompanying graphics.