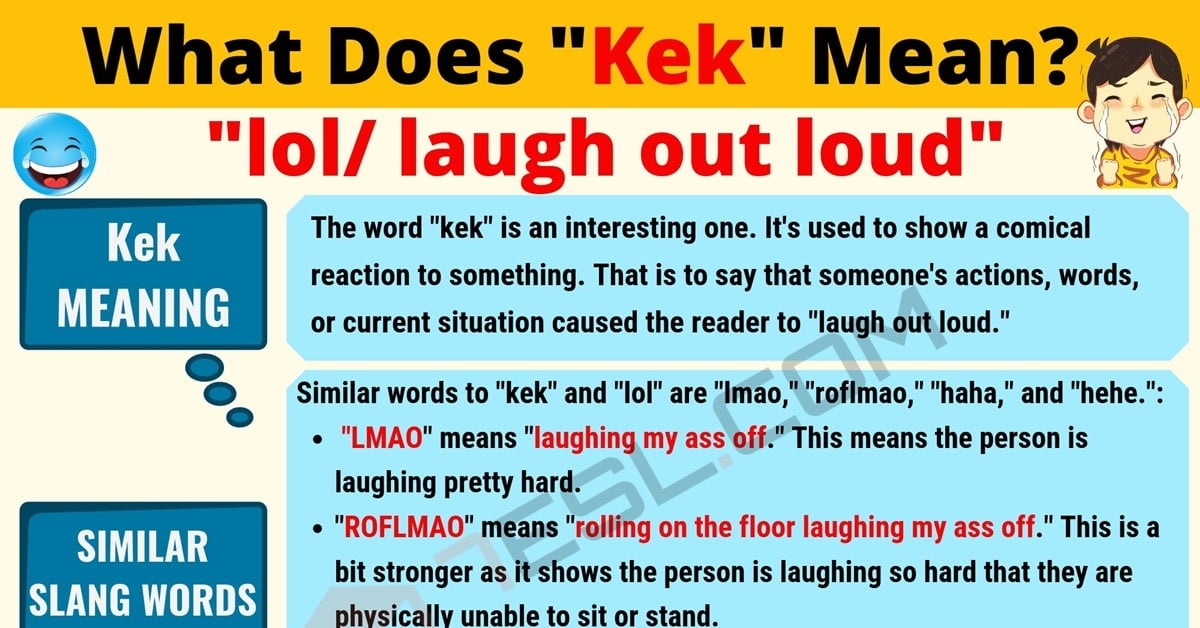 What does “kek” mean? Learn the definition, how, and when to use this internet slang term with useful conversation examples in English.

What Does “Kek” Mean?

This word is an interesting one. It’s used to show a comical reaction to something. That is to say that someone’s actions, words, or current situation caused the reader to “laugh out loud.”

Keks also are described as the part of the American people that are far-right and believe the land has been invaded by “normies” and “cuckies.” The slang term “Kekistan” is the country where “Keks” come from.

Similar words to “kek” and “lol” are “lmao,” “roflmao,” “haha,” and “hehe.” “LMAO” means “laughing my ass off.” This means the person is laughing pretty hard. “ROFLMAO” means “rolling on the floor laughing my ass off.” This is a bit stronger as it shows the person is laughing so hard that they are physically unable to sit or stand. “Haha” and “hehe” don’t stand for anything and are rather the sounds people make in English when they laugh at something.

Although there aren’t many other meanings for “kek,” some say it can refer to the Turkish snack “topkek.” It’s a packaged, muffin-like sweet.

What’s the Origin of ‘Kek’?

The origin of this internet slang expression can be found in Blizzard’s famous massively multiplayer role-playing game World of Warcraft. This game is often referred to as “WoW.”

In this game, there are two factions. The players form each faction cannot communicate with each other. If one player’s character says “LOL” to the player of another faction, the other player reads it as “KEK.”

This comes from another Blizzard game, StarCraft. Many Korean players played this game. While an English player may say “haha” or “hehe” when they laugh, the sound in Korean is “keke.” “Kek” is said to have come from this sound.

This phrase is more likely to be used to someone who played World of Warcraft or someone familiar with games. It’s probably not as well known as “LOL” and will probably be used by younger people.

This example shows 3 players playing World of Warcraft. They are about to engage in battle with what looks to be a powerful enemy. Although they strategize, the battle is won quickly. WoW Player 1 was surprised by the swift victory and uses “kek” at the end of his sentence to show laughter because he is amused.

Here we see two students talking about their daily lives. Texter 2 is getting ready to head back to school for a new semester. He’s taking a bowling class but the only time it’s available is on Friday morning. Texter 1 uses “kek” to show that he finds the situation funny. Texter 2 doesn’t understand the meaning so Texter 1 informs him about what it means. 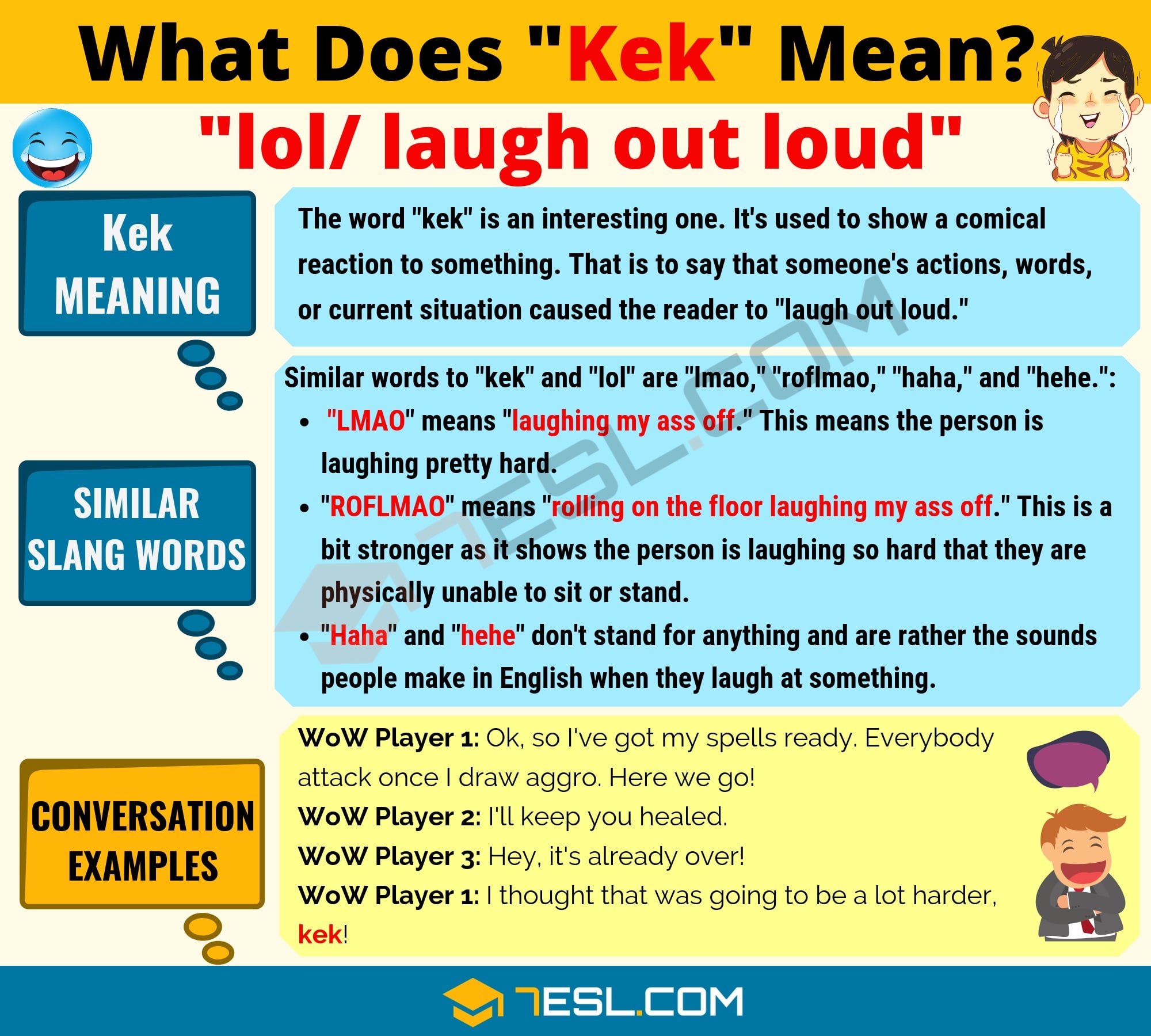 kek is racist, so just use lol