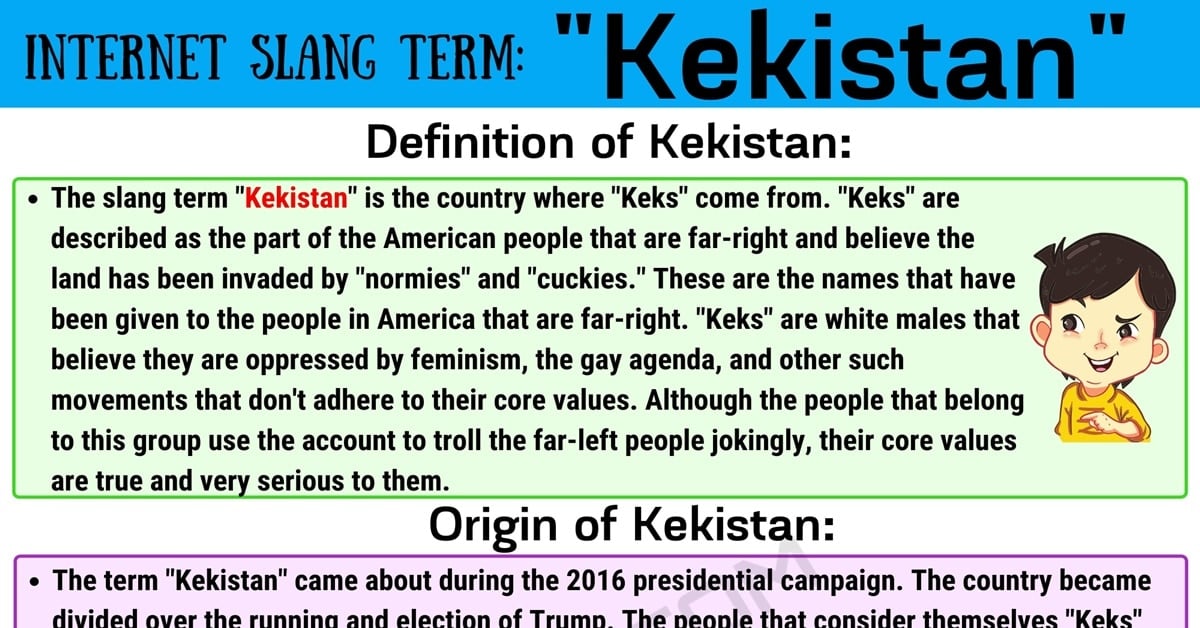 Anyone who sees the slang term “Kekistan” would probably think that it is a real country, most likely in the Middle East somewhere. However, this is not the case at all. If you have recently encountered this term and wondering what it was led you on a search to this page, then you are in luck.

Here you will find the meaning of this slang term, the origin of its existence, some other meanings if they exist, and some example conversations that showcase the term used in the correct context to help you further understand it. You will also discover some alternative words or phrases that you can use in place of the slang term “Kekistan” if it is possible to use other words or phrases in its place.

The slang term “Kekistan” is the country where “Keks” come from. “Keks” are described as the part of the American people that are far-right and believe the land has been invaded by “normies” and “cuckies.” These are the names that have been given to the people in America that are far-right.

“Keks” are white males that believe they are oppressed by feminism, the gay agenda, and other such movements that don’t adhere to their core values. Although the people that belong to this group use the account to troll the far-left people jokingly, their core values are true and very serious to them.

The term “Kekistan” came about during the 2016 presidential campaign. The country became divided over the running and election of Trump. The people that consider themselves “Keks” were Trump supporters during his entire campaign and used accounts to troll the people that were far-left to give them a hard time.

There are currently no other known meanings of the slang term “Kekistan.”

A text discussion between Father and Son.

There are no alternative words or phrases that you could use to replace the slang term “Kekistan” in conversation. It is a made-up place, but it is also an official name given to such a place. Calling it by other names would be like trying to call another country by a different name and cannot be done to mean the same place.

What Does “Kekistan” Mean? | Infographic 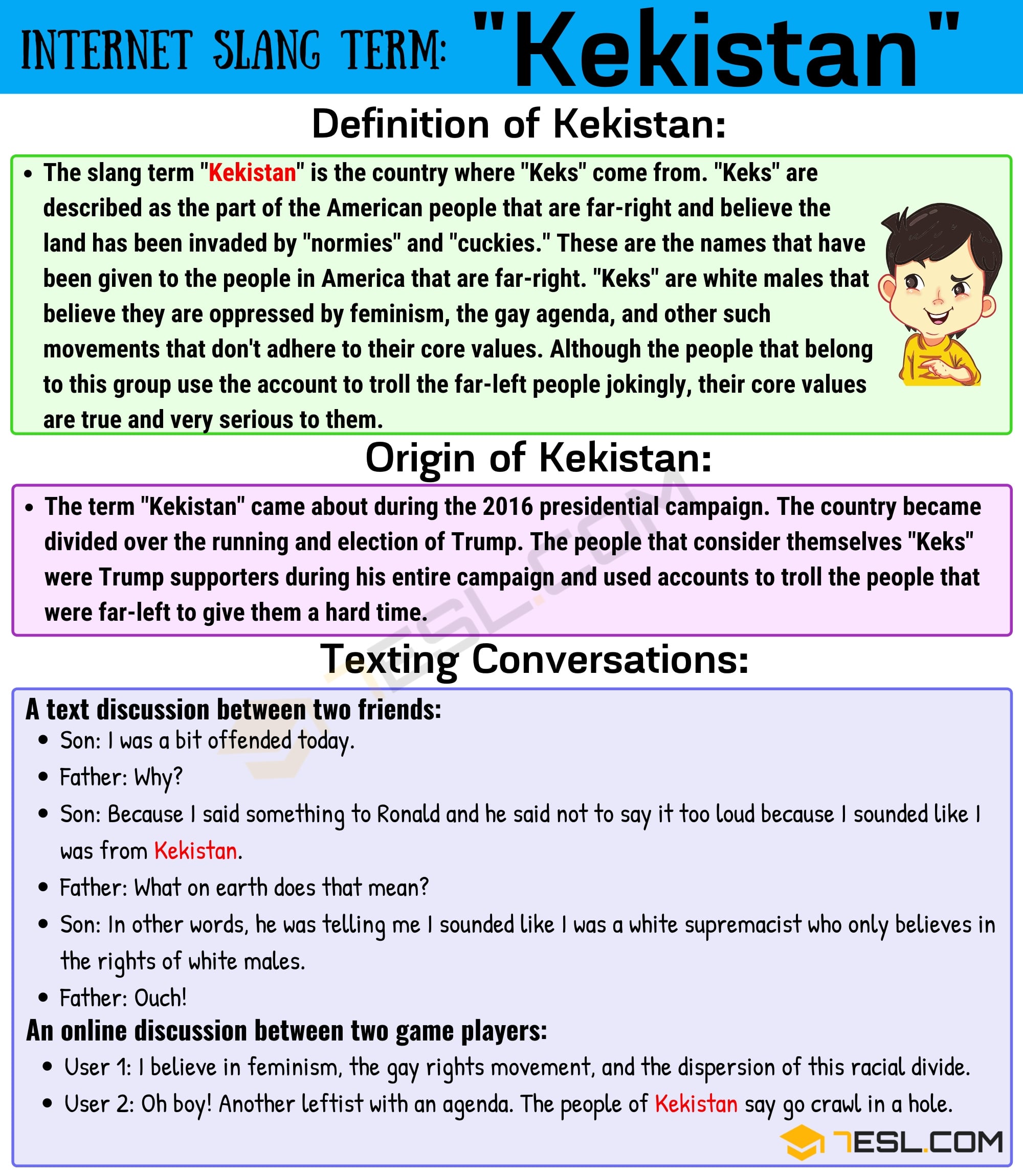