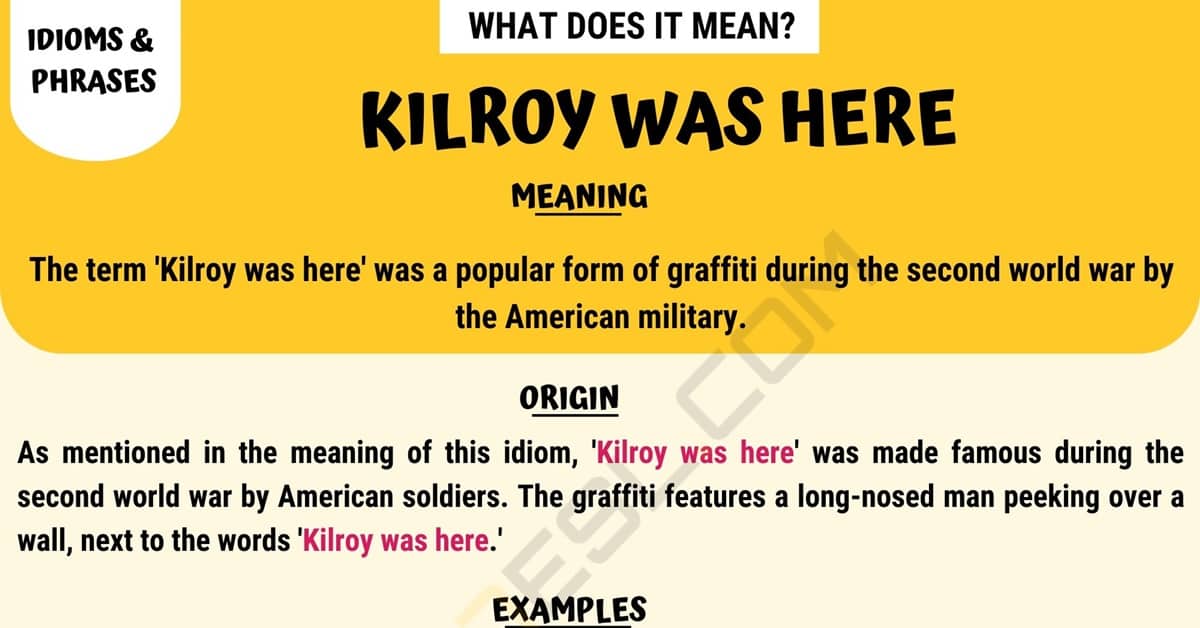 If you have ever heard someone using the phrase ‘Kilroy was here’ you may have wondered what they were talking about. We are going to look at what this saying means and where it first originated from. We will also take a look at how the term can be used in a conversation.

The term ‘Kilroy was here’ was a popular form of graffiti during the second world war by the American military.

As mentioned in the meaning of this idiom, ‘Kilroy was here’ was made famous during the second world war by American soldiers. The graffiti features a long-nosed man peeking over a wall, next to the words ‘Kilroy was here.’

This is a statement made by someone who has visited a war memorial.

Here is a statement made in a magazine article.

If you are curious to see how the term ‘Kilroy was here’ would fit into a conversation, here are some examples of things you might hear.

The first conversation is between a grandfather and his grandchild.

This next conversation happens between a father and son at a war memorial.

Other ways to say the phrase

Kilroy was here tends to be a phrase that cannot be altered, however sometimes you might see or hear the phrase as simply ‘Kilroy.’

What Does “Kilroy Was Here” Mean? | Picture 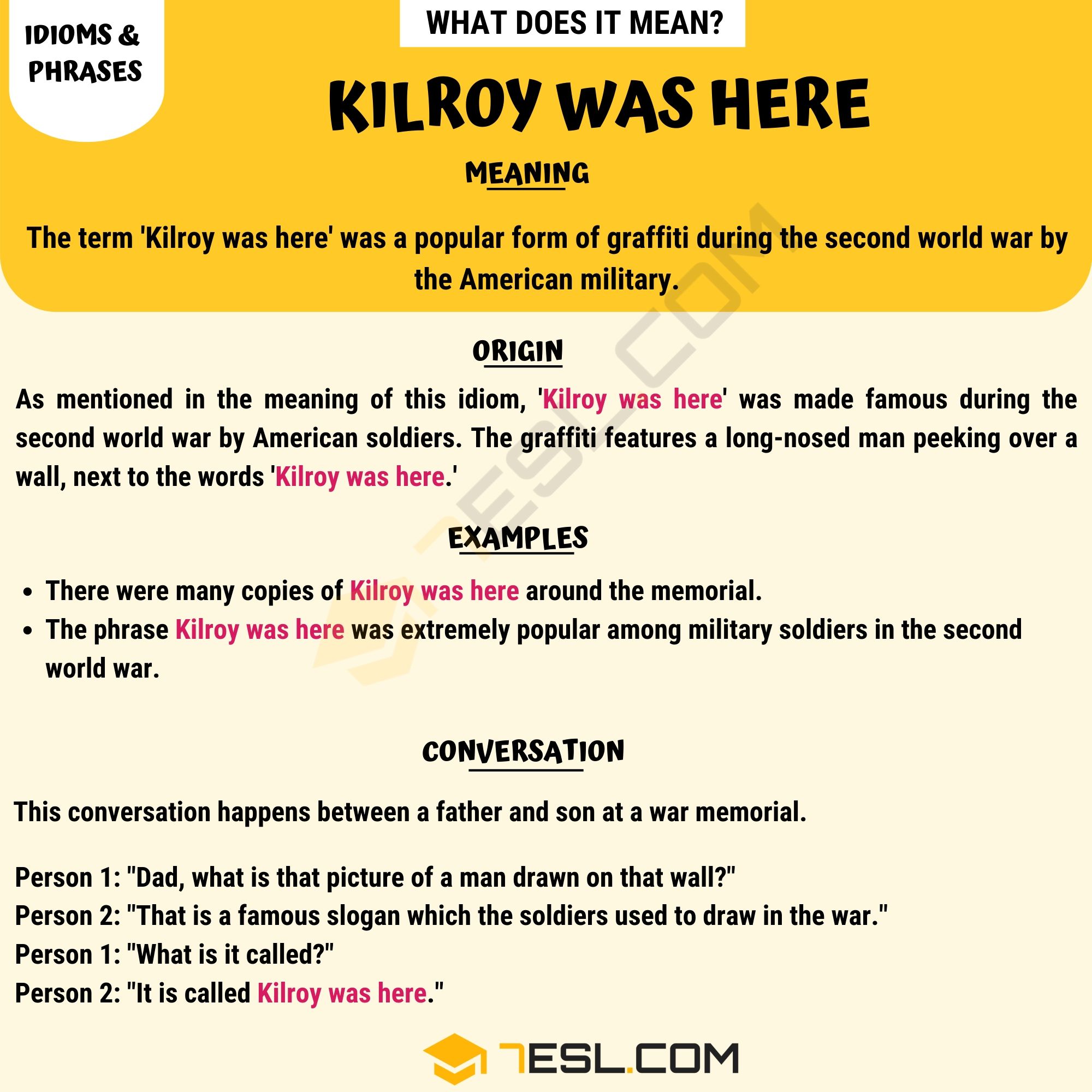