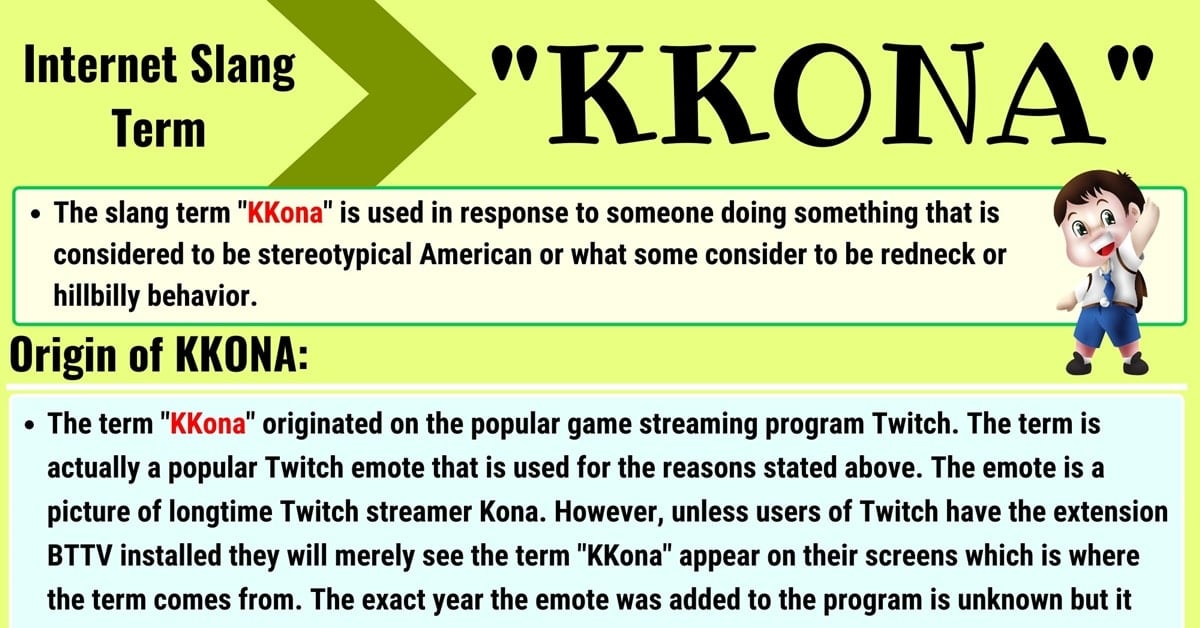 You may have come across the slang term “KKONA” if you frequent online gaming forums or streaming sites. If you have seen the term used and it has left you scratching your head, don’t worry because you are not the only one. Here you will find the meaning of this term and find a bit of information about its origin.

You will also discover other possible meanings of the term if there are any to be found and look at some example conversations to help you better understand the term from seeing it used in context. Finally, you will see some alternative words or phrases that you can use to replace this slang term in conversation to relay the same message.

The slang term “KKona” is used in response to someone doing something that is considered to be stereotypical American or what some consider to be redneck or hillbilly behavior.

The term “KKona” originated on the popular game streaming program Twitch. The term is actually a popular Twitch emote that is used for the reasons stated above. The emote is a picture of longtime Twitch streamer Kona. However, unless users of Twitch have the extension BTTV installed they will merely see the term “KKona” appear on their screens which is where the term comes from. The exact year the emote was added to the program is unknown but it has been an emote since BTTV became an extension for the popular game streaming service.

There are no other known meanings of the slang term “KKona.” 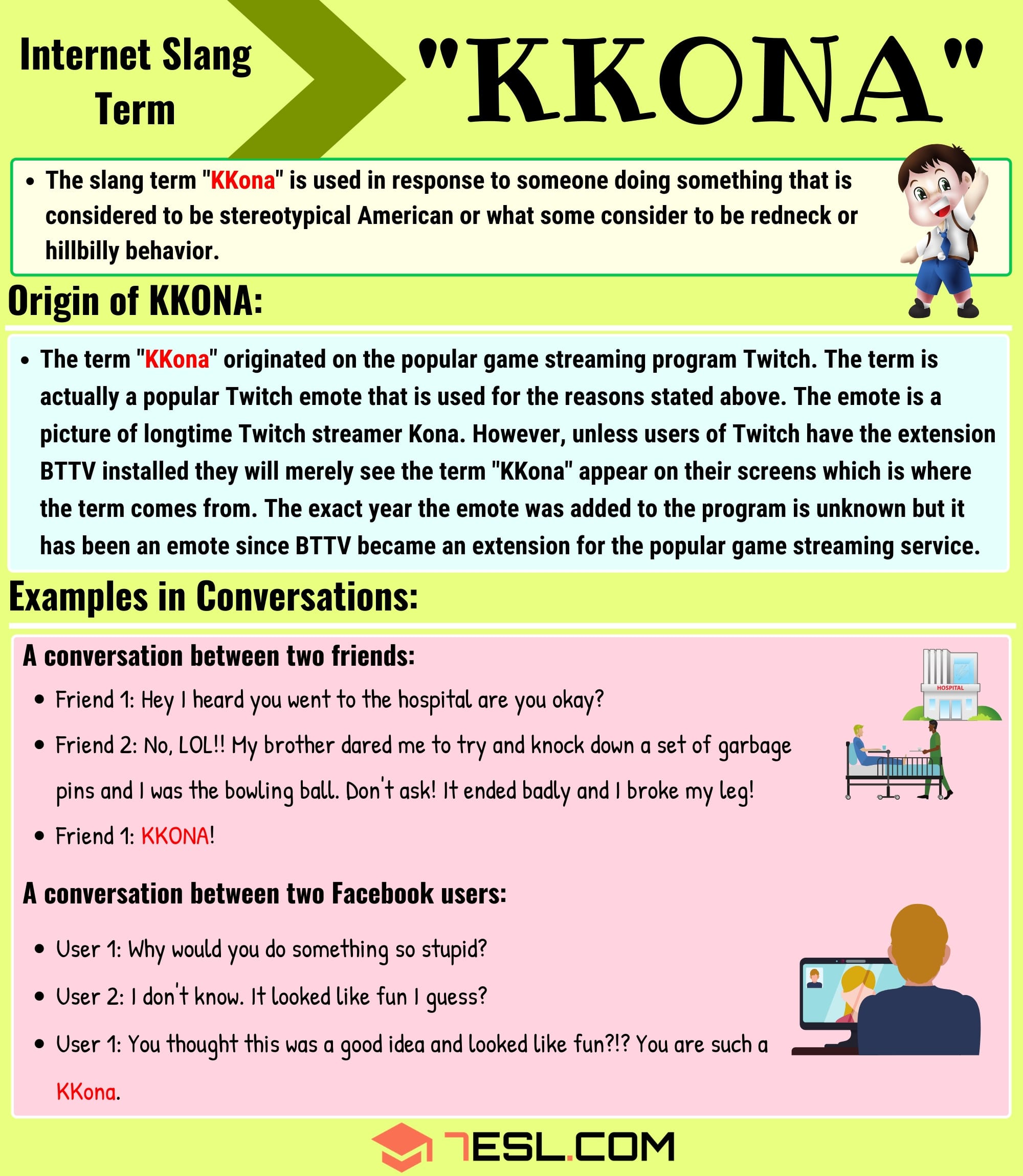