Home
Abbreviations
KMSL Meaning: What Does KMSL Stand For? with Useful Examples

KMSL Meaning! Are you looking for the meaning of the acronym KMSL? In this lesson, you will learn how to use it with useful definition and example conversations.

Sometimes, we like to use acronyms like “KMSL” to signify an action. Just like you use “LOL” when you find something funny, or “SMH” when you’re exasperated. We might not actually mean we did the behavior we’re saying and that’s okay. I would feel bad if I made someone really “PMSL” or “pee myself laughing”.

Call me crazy but I love it when an acronym means one thing and one thing only. You don’t have to spend time analyzing what you’re talking about to figure out what the heck a string of letters means. You don’t have to go online and ask Google, who thinks it’s so smart because it always has the answers. You don’t need guides like these.

Wait, yes you do. Otherwise, how will you know that “KMSL” does not have any other meaning besides “killing myself laughing?”

Now if we’re talking about what words are similar to KMSL, well, that’s a different story. There are a lot of similar slang words and terms. You can only use “LOL” and “LMAO” so many times before you start to sound lame. So here’s some other ways you can say “KMSL”.

In this example, Fred is certain that he’s being haunted by a spirit because things keep moving in his room. It takes the quick thinking of his friend Will to realize that it’s not a ghost but Fred’s younger brother that’s moving things around.

For which Fred says cool. I think we can all agree with Will when he says that Fred might be better off saving the few remaining brain cells he has left. Sometimes you have to just say no to green.

You will most frequently see “KMSL” used as a sarcastic response to a dumb message. For those of you like me who like to keep things proper, you may prefer to use “KML” to stand for “Killing Myself Laughing”. “Myself” is really just one word rather than two. There’s no need for the “S”.

Other Ways to Say KMSL 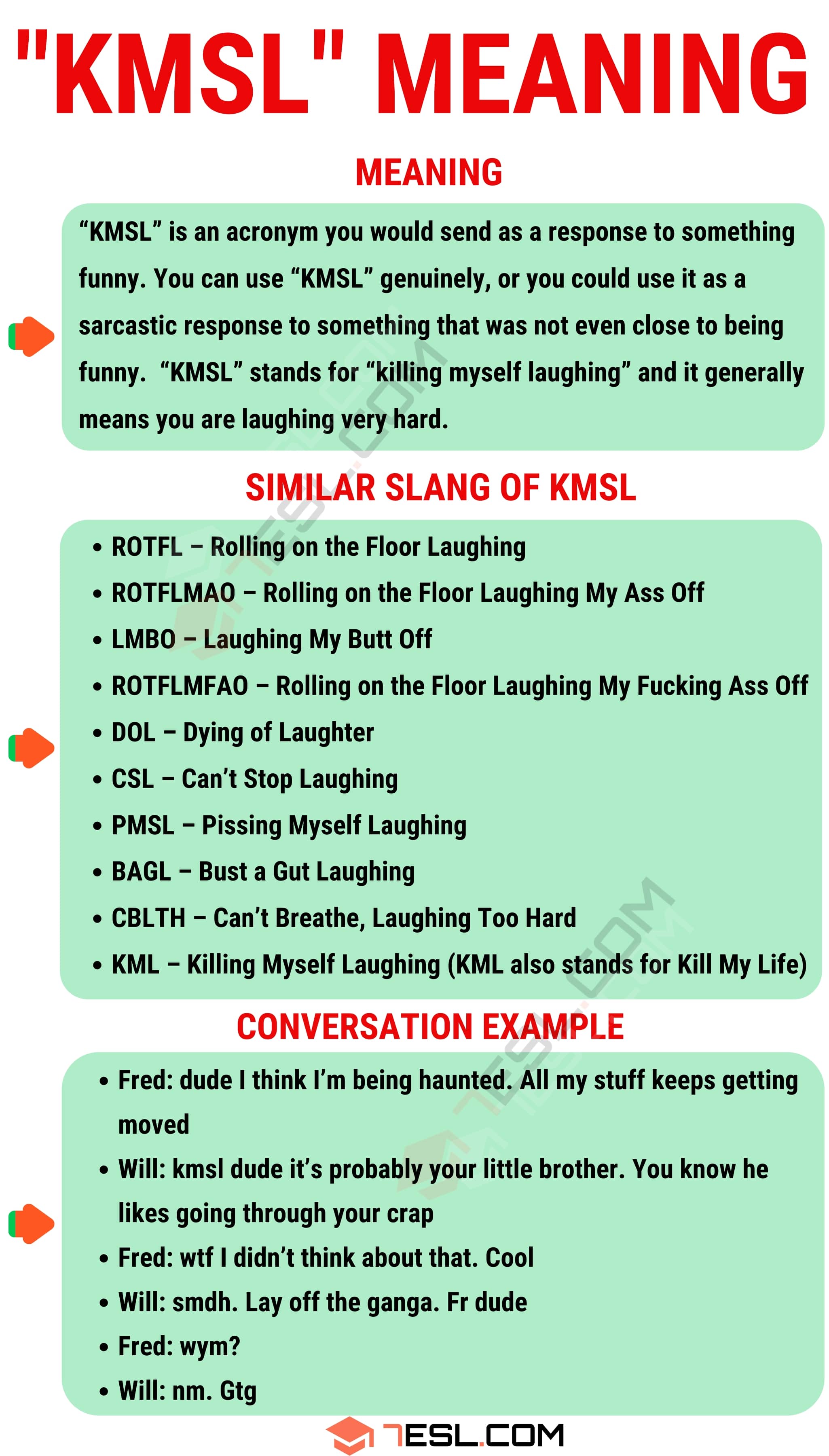