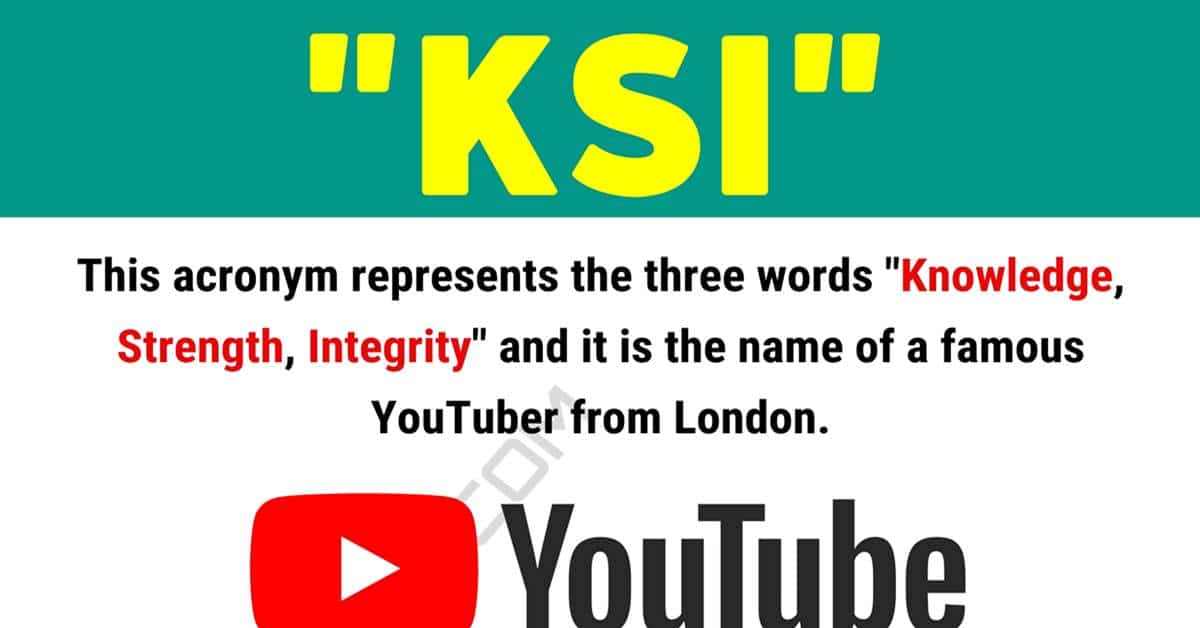 What Does “KSI” Mean?

This acronym represents the three words “Knowledge, Strength, Integrity” and it is the name of a famous YouTuber from London. His actual name is Olajide William Olatunji. He is best known for his controversial channel and his boxing matches with the popular, and controversial, American YouTube star Logan Paul.

This YouTube personality started his channel in 2009. Originally he streamed videos of himself playing the FIFA soccer game. His channel eventually became a V-log channel. He has also branched into music.

There are currently no other meanings known for this acronym.

This is the official name of a popular YouTuber. Therefore, there are no synonyms that exist for this acronym. 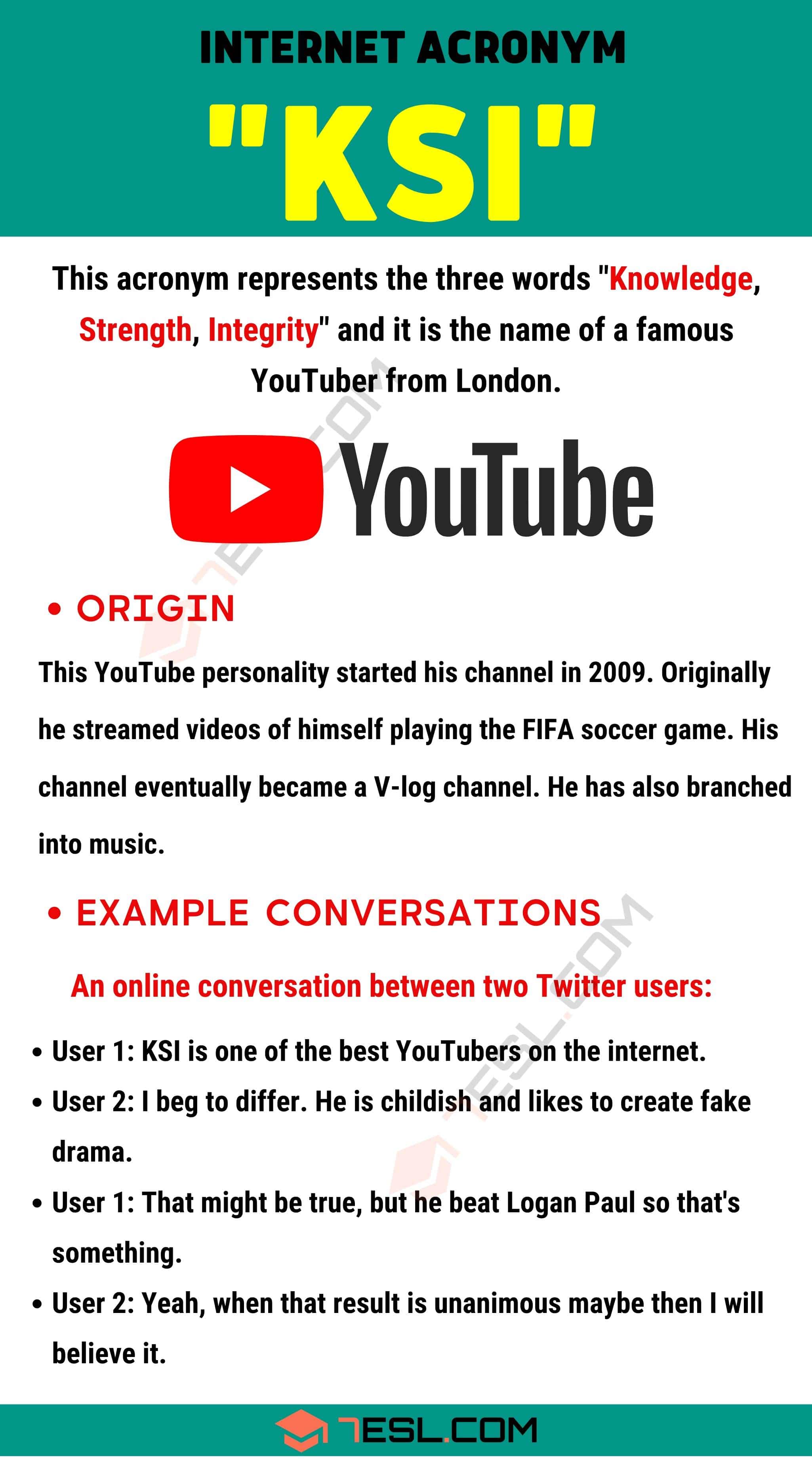 “Origin” of KSI was the gaming community he was a part of when he first started his YouTube sensation! KSI (originally standing for Killing Spree Incorporated) was changed to “Knowledge, Strength, Integrity” in 2004. ksiglobal.com was established in 2003 and is still active today!